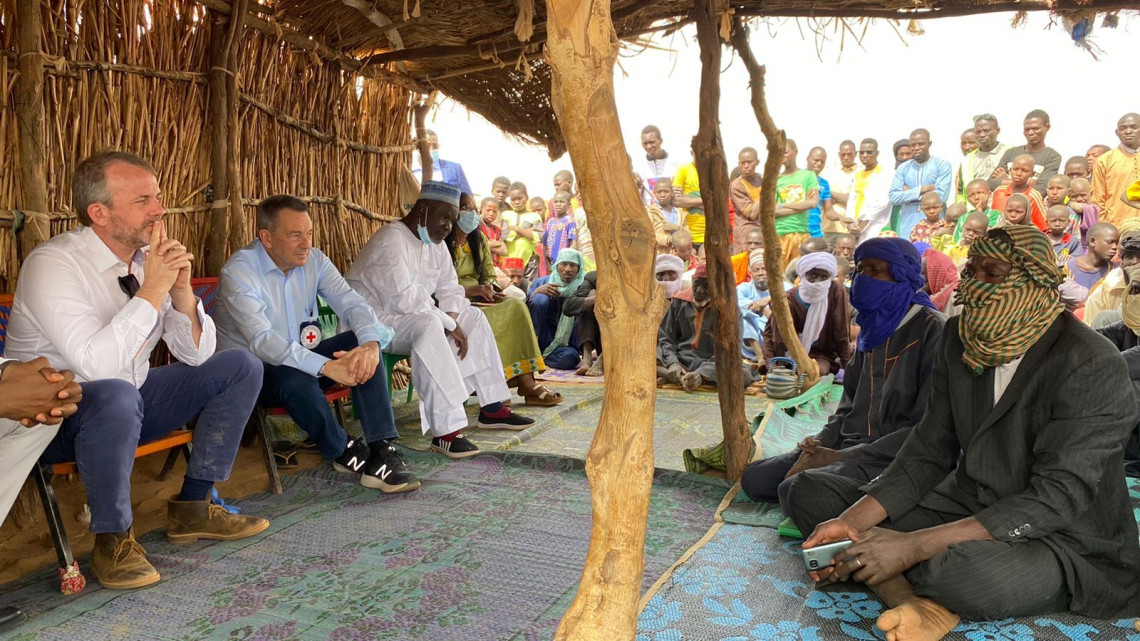 After ten years of armed violence in the Sahel, there is still time for humanity

Niamey (ICRC) – As conflict, climate shocks and political and socio-economic crises continue to ravage the Sahel region, Peter Maurer, president of the International Committee of the Red Cross (ICRC), has just completed a four-day visit to Niger. Joining him on this visit were Ignazio Cassis, president of the Swiss Confederation, and Irène Kälin, president of Switzerland’s National Council. He met with President Mohamed Bazoum and government officials, community leaders and people who have been displaced in Tillaberi, Diffa and Agadez. The conflict and armed violence, which began in Mali in January 2012, have taken their toll on the people of the Sahel. Peter Maurer shares his thoughts.
Statement 10 February 2022 Niger Burkina Faso Mali

This week, while in Tillaberi and Diffa, I have spoken to displaced families whose unbearable suffering should never be experienced by anyone. Families have been forced to flee their homes; their loved ones have been killed and their crops stolen. They are now trying to rebuild their lives in informal settlements, having escaped the dangers of climate change and violence.
Environmental issues, limited access to basic services and conflict dynamics are interconnected factors with dire consequences for millions of people. When crisis and conflict coincide, people have to flee again and again, and see their already fragile livelihoods crumble. Many are at risk of going hungry.

Families live with uncertainty, never knowing if they will be able to return home. They show exceptional fortitude in the face of adversity, but what they want more than anything else is to regain their dignity and self-sufficiency.
The people I met in Niger provide a window on this crisis – one that has also persisted for years in the neighbouring countries of Mali and Burkina Faso. Ten years of humanitarian crisis in the Sahel have clearly taken their toll, but the long-term impact will be harder to assess.

In areas affected by armed conflict and other violence, people have limited access to essential services and humanitarian assistance. Those most affected are living in isolated communities or have no other option but to make long and dangerous journeys to access health care. We estimate that nearly 1.5 million people in the Sahel are living in areas where it has become virtually impossible to access humanitarian aid and essential services.

Providing humanitarian assistance has become a huge challenge. The conflict is spread across vast territories and humanitarian workers are faced with improvised explosive devices and a proliferation of groups involved in the violence. It is against this complex backdrop that the ICRC and Red Cross volunteers help the most vulnerable, guided as always by the principles of neutrality, impartiality and independence. Our ongoing and constructive dialogue, with all parties to the conflict whenever possible, is crucial to ensure that the principles and norms of international humanitarian law are complied with, particularly those that protect civilians, the sick and wounded, and people who have been captured, detained or gone missing.

Over the years, we have seen evergrowing numbers of people in the Sahel be displaced. The impact of this crisis is sadly becoming more apparent in or on the outskirts of towns and cities where more than two million increasingly young and vulnerable displaced people seek refuge. The humanitarian situation of millions of people across the Sahel has slowly but steadily deteriorated. However, during my regular visits of the past few years, I have seen the situation decline more rapidly. Burkina Faso, for example, is currently facing the worst crisis in its history, with more than 1.5 million people now displaced. The UNHCR estimates that the number of people displaced because of conflict and armed violence has increased tenfold in the past decade.

This mass displacement is putting entire towns and cities in a stranglehold, eroding goodwill and straining the bonds between communities. Expanding populations, combined with climate change and conflict, are not only depleting and destroying natural resources, but they are also leading to profound social changes in farming and herding communities. It is a situation that is giving rise to fears of more intense conflicts in the future.

Given this context, providers of essential services face a significant challenge. Despite their best efforts, medical facilities are inundated and overwhelmed by the wounded and displaced needing medical attention. In addition, medical staff are deliberately attacked and ambulances and medicines stolen, depriving thousands of the life-saving care they need.
The sheer scale of the violence in the Sahel is most striking in central Mali. The number of people being admitted to the ICRC-supported regional hospital in Mopti is constantly rising, going from 345 people in 2019 to 610 in 2021. Medical teams have treated 1,485 people in the past three years.

We are asking the same question now as we were ten years ago: how do we protect civilians from violence and help them find ways of restoring their own dignity and sense of hope, whatever their situation?

The answer is inextricably linked to the management of natural resources, such as water and land. Focused and lasting solutions are needed to help people deal with the combined impacts of protracted armed conflict and climate change.
Humanitarian response is no longer enough; we are now only able to address the most urgent issues. Humanitarian organizations, development agencies and public and private partners must work together to improve people's economic situations. Families, and particularly young people, must be in a position to regain control of their livelihoods in order to break the cycle of dependency on humanitarian aid.

The protection of civilians in armed conflict is central to the ICRC's work. Despite the challenges we face, we will not give up – not now nor in the future. We tirelessly remind all states and armed groups of their obligation to protect people from the consequences of conflict and armed violence. There is still time for humanity. 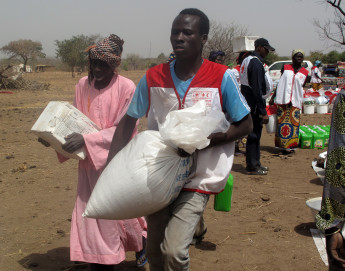 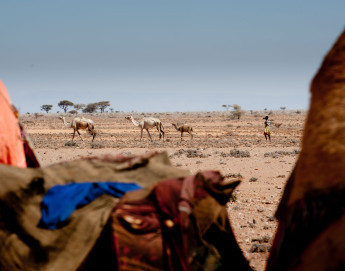 "We must move quickly to avert disaster in Somalia"