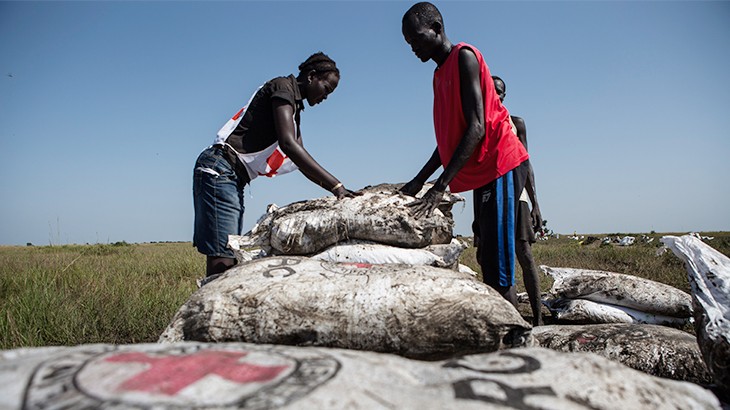 The Annual Report 2015 is an account of the field activities the ICRC has conducted worldwide. Activities are part of the organization's mandate to protect the lives and dignity of victims of war, and to promote respect for international humanitarian law.

A woman carries a sack of seed that was distributed by the ICRC to displaced people in South Kivu, Democratic Republic of the Congo. Alyona Synenko/ICRC

ICRC expenditure totalled  1,528. 9 million Swiss francs for headquarters and field activities in 2015.  Below are the top 15 operations globally by  expenditure.

The ICRC carried out activities in over 80 countries around the world in 2015. Below are the locations of operations by expenditure.

The Annual Report 2015 can be downloaded in pdf format for the following sections.

For earlier versions of our annual report: View our archives