ICRC's statement on the Rights of Persons with Disabilities 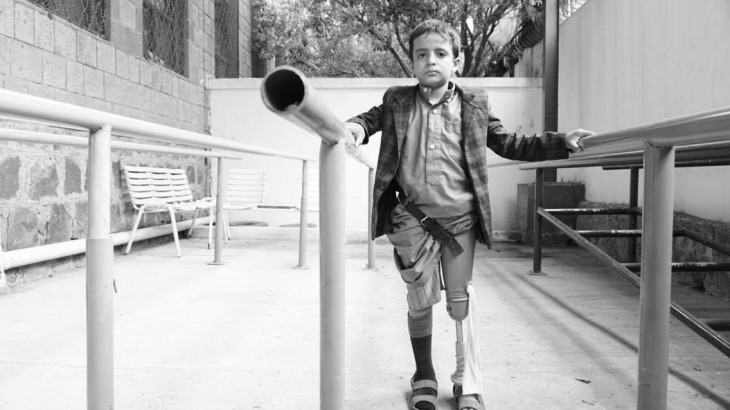 Conference of States Parties to the Convention on the Rights of Persons with Disabilities
United Nations, New York 13-15 June 2017

Your Excellencies, Ladies and Gentlemen,

Armed conflict is a major cause of disability around the world. The weapons of war inflict new physical and psychosocial impairments on thousands of people every year.

The conditions created by armed conflict impose multiple new barriers around people with pre-existing physical, mental and intellectual impairments to disable them even more.

The ICRC would like to call States Parties attention to three challenges from armed conflict: increasing impairment; rising barriers, and concern for detainees with disabilities.

An Epidemic of Impairment

Every day the ICRC works with people coming to terms with new war related impairment: people whose arms and legs have been blown off by explosive weapons; people whose untreated preventable or chronic diseases leave them incapacitated.

This is causing an epidemic of impairment across several conflicts.

We call on all parties to armed conflicts to conduct hostilities in conformity with their IHL obligations, and also to avoid the use of explosive weapons with a wide impact area in densely populated areas.

The provision of rehabilitation services also determines levels of disability.

The ICRC is working with 34 State authorities to develop modern sustainable rehabilitation services. These meet the needs of newly wounded people and set new standards for people with pre-existing impairments.

We urge States Parties to bring new resources to the needs of people with disabilities during and after armed conflicts to meet rising needs and capitalize on heightened awareness.

Reasonable accommodations carefully designed by States and local authorities are destroyed by conflict. The accessibility of health services, schooling, information, social networks, water and dignified ablutions are abruptly ended by the collapse of vital services and the degradation of universal design, mobility and assistive technologies.

People with disabilities are frequently excluded from community protection strategies – like flight and concealment – and from humanitarian assessments and distributions.

We urge States to keep a strong focus on the accessibility of basic services in their humanitarian policy and practice to lower barriers and enable greater inclusion.

Finally, people with disabilities in detention should be treated humanely and equally alongside other detainees. Every effort should be made to enable the mobility, information and assistive technologies they require to ensure non-discrimination and meet people’s specific needs.

We call on all detaining authorities in armed conflict to respect provisions of IHL in line with Article 11 of the CRPD.