Armenia/Azerbaijan: ICRC worried about safety of civilians and ready to act as neutral intermediary 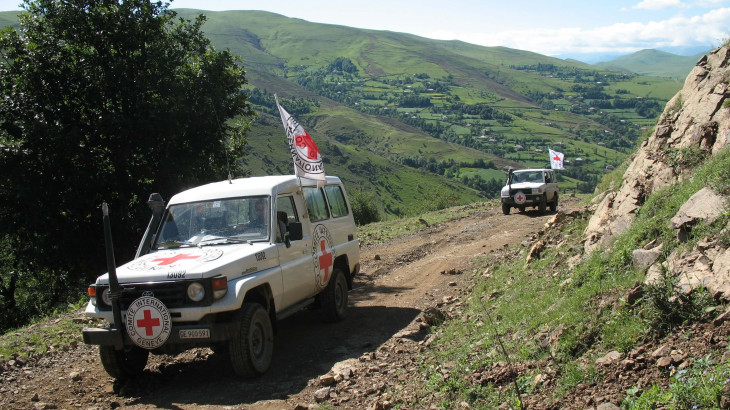 Military activity along the international border between Armenia and Azerbaijan has intensified since 12 July 2020. ICRC

The International Committee of the Red Cross (ICRC) is concerned about the humanitarian impact of reported military activity along the international border between Armenia and Azerbaijan, which has intensified since 12 July 2020. This activity brings additional risks for the civilian population living in the area and affects their access to livelihoods. The ICRC is sharing its concerns bilaterally with the parties to the conflict, reminding them that they must at all times distinguish between civilians and persons directly participating in hostilities.

"We call on the sides to respect the basic rules of international humanitarian law and, while conducting military operations, take all precautions necessary to ensure that civilian life and infrastructure, such as homes, schools and medical facilities, is respected and protected," said Martin Schuepp, director of the operations for the region. "We are ready to act as a neutral intermediary between the parties and assist those affected by the recent escalation of fighting."

The ICRC has been present in the region since 1992 in connection with the Nagorno-Karabakh conflict. Through its delegations in Baku and Yerevan, the ICRC supports communities living along the international border between Armenia and Azerbaijan. In addition, the ICRC works to clarify the fate of missing persons and help their families, visits detainees and acts as a neutral intermediary to facilitate transfer and repatriation of released persons.