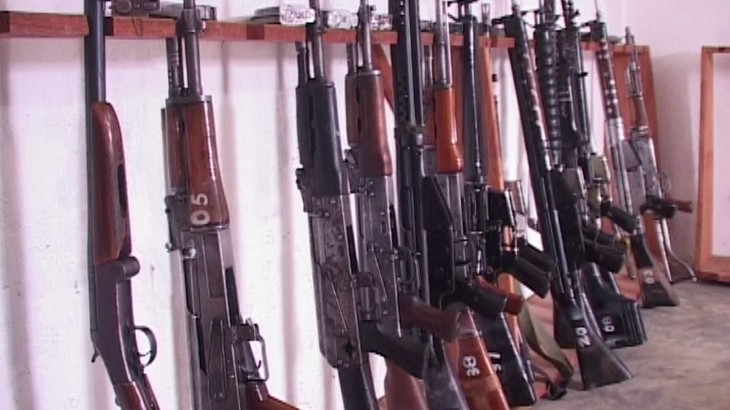 Geneva (ICRC) – Over 50 States have now ratified the Arms Trade Treaty regulating international transfers of conventional weapons, meaning it will enter into force in three months. With millions of people throughout the world experiencing the horror and hardship of armed conflict every day, this international treaty is an essential step towards reducing human suffering.

"Faithfully and consistently applied, this treaty will ensure that weapons do not end up in the hands of those who would use them to commit war crimes or serious violations of human rights law," said Peter Maurer, president of the International Committee of the Red Cross (ICRC). "In so doing, it will help protect the lives, health and well-being of millions of people around the world. The ICRC urges all States to commit to these goals by joining the treaty at the earliest opportunity."

"More weapons only make things worse. Today, as weapons continue to flow into areas where armed conflicts of great brutality are taking place, we remind all arms-exporting States that they must refrain from transferring weapons to warring parties that are manifestly perpetrating war crimes, or where there is otherwise a substantial risk that they will do so," said Mr Maurer.

Underlying this prohibition is the requirement of States under the Geneva Conventions to respect and ensure respect for international humanitarian law.

The Arms Trade Treaty, adopted by the United Nations General Assembly in April 2013, is the first worldwide response to the human suffering caused by the widespread availability and misuse of a range of conventional weapons, from small arms and ammunitions to battle tanks, combat aircraft and warships.