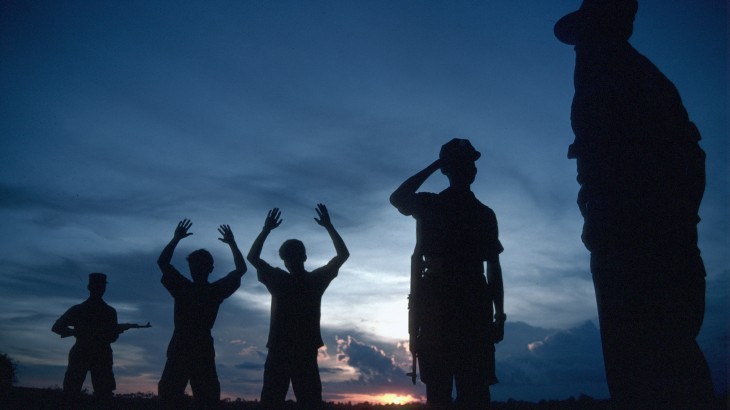 Some 60 government officials and law experts, from 15 countries in the Asia region and beyond, gathered in Singapore for the regional international humanitarian law (IHL) conference from 27 to 28 April 2017. They discussed humanitarian challenges in Asia, progress on various initiatives and IHL-related treaties, and how to generate respect for IHL in the Asian context in particular.

In his opening speech, Ambassador Ong Keng Yong, the executive deputy chairman of S. Rajaratnam School of International Studies (RSIS), underlined the importance of IHL evolving with contemporary challenges in humanitarian affairs. "We face a time when humanitarian issues are increasingly complex. New realities and challenges have generated new expectations and necessities for action and new standards of conduct in national and international affairs," he said.

One of the prevailing discussions at the conference was whether Asia required a different strategy for ensuring respect for IHL. The answer from the participants was a resounding yes.

"Every region is different," said Mr Diwaka Prakash from Australia. "A one-size-fits-all approach does not work, as there are different experiences shared by different countries."

Participants also agreed that existing mechanisms in Asian regional forums, such as the ASEAN Regional Forum and the ASEAN Defence Ministers' Meeting (ADMM) and ADMM Plus, could serve as platforms to disseminate respect for IHL. Participants concluded that discussions on IHL must address the "perceived clash" with the principle of non-interference and sovereignty and take account of local values and religious norms.

Ms Kanokporn Kunnawattana, from Thailand, noted that the emphasis should be on the support that States could provide each other rather than turning it into a "blame and shame" game. Sharing good practices and training major State actors, such as armed forces, were identified as useful ways for States to support each other in respecting IHL.

Mr Benjamin Charlier, ICRC legal adviser in Geneva, highlighted that existing mechanisms, such as the universal meeting of national IHL committees, could help States with their domestic implementation of IHL. Meanwhile, Professor Shuichi Furuya from Waseda University lamented the underutilization of the International Humanitarian Fact-Finding Commission, which was established under Article 90 of Protocol I additional to the Geneva Conventions to enquire into allegations of serious violations of IHL and restore respect for humanitarian law.

The conference also explored the challenges in applying IHL in light of the advent of humanitarian technology in humanitarian action and disaster relief, as well as the application of IHL in hybrid warfare. The participants had a chance to listen to an overview of the progress on the Arms Trade Treaty, and to hear from representatives from Indonesia, Philippines and Switzerland on their countries' initiatives in generating respect for IHL.

"While the importance of generating and evaluating respect for IHL is universal, it was interesting and valuable to hear the views from colleagues on the need to develop Asia-specific strategies and the ways States could collectively and individually strengthen respect for IHL," said Ms Christine Nam from New Zealand.

For Mr Prakash, his priorities in generating respect for IHL would be to strengthen compliance with IHL and develop guidance on detaining people in non-international armed conflict at the 33rd International Conference of the Red Cross and Red Crescent. Mr Kompita Sengdalavong, from Laos, said that his priorities would be to organize more workshops and training on IHL at the provincial level and to integrate IHL in the teaching of military academies.

Ms Kelisiana Thynne, ICRC regional legal adviser in Kuala Lumpur, assured participants that the ICRC was continuing its efforts to ensure that discussions around IHL remained topical and relevant, through initiatives such as the project to update the Commentaries on the First and Second Geneva Conventions. She reminded participants that the ICRC had made a comprehensive set of resources on IHL available online and stood ready to advise States on the domestic implementation of IHL.

"While the region enjoys relative peace, we are not free from the impact of conflicts and other situations of violence," said Associate Professor Mely Caballero-Anthony, the head of the Centre for Non-Traditional Security Studies, RSIS. "Even in peacetime, we need to be prepared."

To do so, Dr Caballero-Anthony said that trust between institutions must be built and awareness-raising activities must be carried out with a wide range of groups and individuals, including security personnel, civil societies and faith-based organizations. She continued: "As a research outfit, RSIS is glad to support organizations like the ICRC to bring different parties together to help promote international norms, namely the IHL, in the region, which is ultimately the objective of this regional IHL conference."