Azerbaijan: Cherishing the memory of a missing loved one 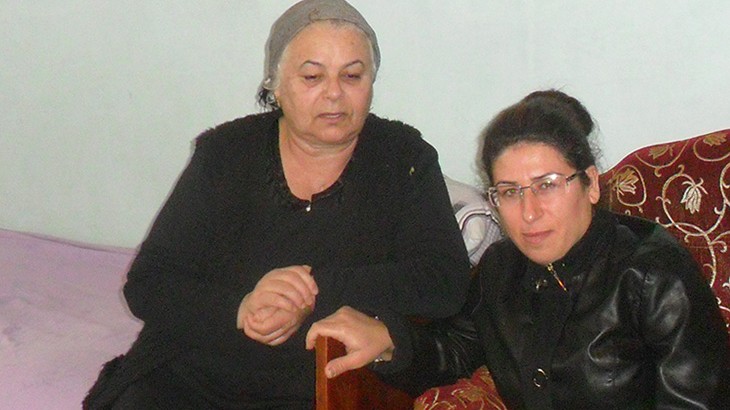 My name is Amalya Yolchiyeva. My brother, Pashayev Pasha, went missing on 24 April 1994. I was only 12 at the time but I still remember vividly how my family started the long and painful search for him.

I couldn't accept or understand how a person could just disappear – especially someone who was so dear and close to you! But I needed to continue living, to support the family left behind and to keep his memories alive.

One day, I got a call from the ICRC inviting me to a meeting. They explained that family members of other missing persons would be there too.

I went along hesitating and hoping, thinking that I might hear news about my brother. When I entered the room, I was astonished: so many people had the same problem as me. As we got to know each other and shared our stories, I felt so relieved to be understood. I soon became an active participant in these meetings, which helped me get to know more people.

One day, a programme officer asked me to stay on after the meeting – they wanted me to become a part of their programme to help others.

Providing support to families of the missing

I was invited to a special training where we got more information about the organization, and we were trained on the impact of ambiguous loss as well as given basic counseling skills to help people cope and overcome the difficulties families face.

I will not forget any of the stories I have heard from the families. Some people immediately accepted me like a relative. But to gain the respect of others, such as Garibova Sadiga, more time and effort was needed. Her grief had made her virtually shut down.

Sadiga's son Zaur went missing in 1994 like my brother. He was one of four children but she had always felt closer to him than to the others. The first visit was the most difficult one. It was as if my visit had no meaning for her and she showed no interest in what I told her, barely nodding in reply. Seeing her so sad and isolated from society, I decided to follow her case and asked her for permission to visit again. I was surprised when she agreed – it was an achievement for me!

Another surprise was waiting for me when I next visited her. I met a totally different person. I discovered her smile which I could not have imagined.

She me told her long story about what happened to her family after the disappearance of Zaur. Eventually, the young man's father became exhausted from the unsuccessful search and fell seriously ill. He is completely bed-ridden now and has suffered from diabetes for the last 14 years; his toes had to be amputated.

Sadiga, who is taking care of him, stays at home all day, not even leaving him even for short periods. She is convinced that she too would have fallen seriously ill if it were not for her daughters. They are both married and living with their own families. When Sadiga's husband became bed-ridden they tried to make their mother understand that she needs to take care of herself to be able to support their father. That helped her to become stronger.

I was surprised when I learned exactly what she meant.

She showed me her missing son's jacket. The jacket was of course old, but cherished by the mother and hung in the corridor of their house. But it was not their only as a keepsake.

"Whenever we get our pensions, I put the money in the pocket of my son's jacket." That helps me to believe that my son is alive and that he takes care of his mother and sick father," Sadiga explains. "I have been putting money for years into my son's pocket and by doing this I feel the presence of my son."

Read more: on International Day of the Disappeared 2015