Warda's journey from Baghdad to Beirut 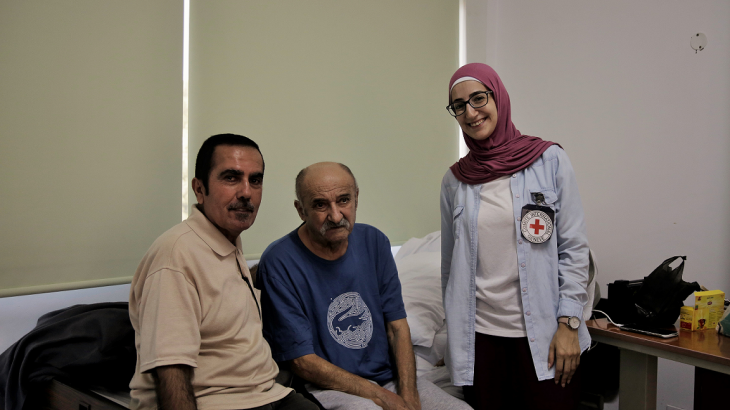 Four years ago, Warda was a dental technician and owned a very well established laboratory in Baghdad. Through a series of poor life choices, diminished financial means and lack of access to health care, the 60-year-old diabetic’s journey turned tragic.

Originally from Mosul, Warda moved to Baghdad to escape violence and he set up a laboratory there. He was able to generate a substantial income and support is family in Canada, where his five children and seven grandchildren live. By this time, Warda knew he was diabetic and needed to take good care of his health.

In 2015, Warda decided to come to Beirut to work on his resettlement file in order to join his family in Canada. Upon arriving in Beirut, Warda rented a small apartment for $500 a month in the area of Burj Hamoud, Beirut. Anticipating a stay of two weeks to a month, Warda thought that his savings of $3,000 would be enough to get him to Canada. But then the delays in his resettlement procedure began to accumulate, and his saving started to shrink.

At this time, Warda started experiencing diabeteic complications, starting with blurriness in his left eye. Soon, he was left with an ultimatum: seek an expensive ophthalmological treatment or pay rent. He decided to stop the treatment in order to keep his apartment. Consequently, he lost his vision in one eye.

Then in July 2018, Warda felt excessive pain in his right foot, a complication of his diabetes. Again, due to poor financial means, he did not seek treatment and soon he couldn’t walk anymore. The situation became so grave that his friend called an ambulance, but Warda was rejected by two hospitals because he did not have money to pay for treatment. The ambulance took Warda to Rafik Hariri University Hospital (RHUH), his last resort to obtain treatment.

In 2016, the ICRC established a medical and surgical ward in the RHUH, with AVINA Stiftung's support, to offer quality care for patients like Warda who do not otherwise have the means to access to health care.

Warda spent 13 days in the ICRC ward in RHUH, where unfortunately his foot was amputated but he received the medical attention he needed in order to stop further deterioration of his condition. He also received physiotherapy sessions and psychological support, and the ICRC’s social workers helped to find Warda a temporary shelter until his resettlement papers are ready.

After his discharge, Warda went to Mission de Vie, a shelter located in north Lebanon. "I have seven grandchildren and five children in Canada that I haven’t seen for the past nine years, I want to spend the rest of my life with them," says Warda.