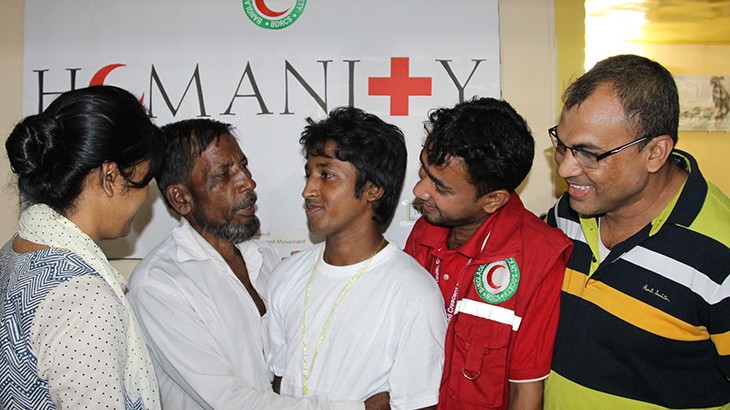 Thanks to the joint efforts of the Bangladesh Red Crescent Society (BDRCS) and the International Committee of the Red Cross (ICRC), 24 unaccompanied minors are able to return home to their families, having been lured by traffickers to pursue a better life abroad.

Robiul*, a 17-year-old boy from Chittagong was lost for words when he spotted his father at the premises of the Red Crescent branch in the Cox's Bazar. For the first time in months, the elderly man was able to hug his young son. He pressed him hard, as if he would not let go of him. Their tears said all there was to say.

Belal, the older brother of 17-year-old Nadeem, was full of smiles. At last, after months of no contact, he met his brother who had set out for Malaysia with dreams of improving his family's life.