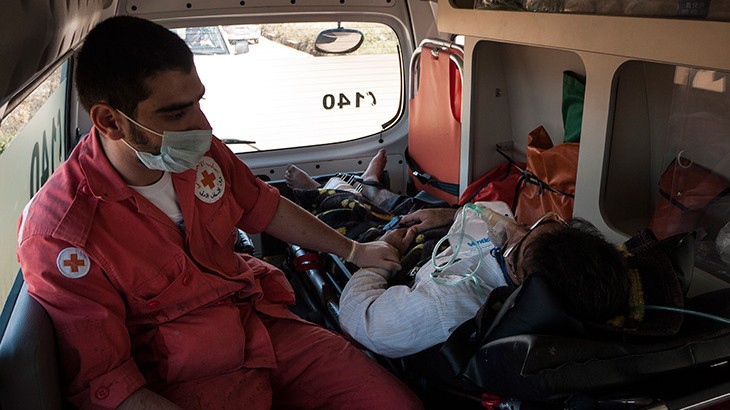 On the road between Wadi Khaled and Tripoli. Lebanese Red Cross Society volunteers carry a war wounded Syrian from the border community of Wadi Khaled to a hospital in Tripoli. CC BY-NC-ND / ICRC / Didier Revol

Ambulance drivers and first aiders are often a patient's first contact to health-care services. To guarantee the provision of quality care to the sick and wounded, even in challenging conditions, their safety is the first priority.

Last year the Norwegian Red Cross, together with its Colombian and Lebanese counterparts, co-hosted two workshops for ambulance drivers, personnel and operational coordinators of 12 Red Cross and Red Crescent Societies. Their mission was to identify best practices to make the delivery of ambulance and pre-hospital services safer. 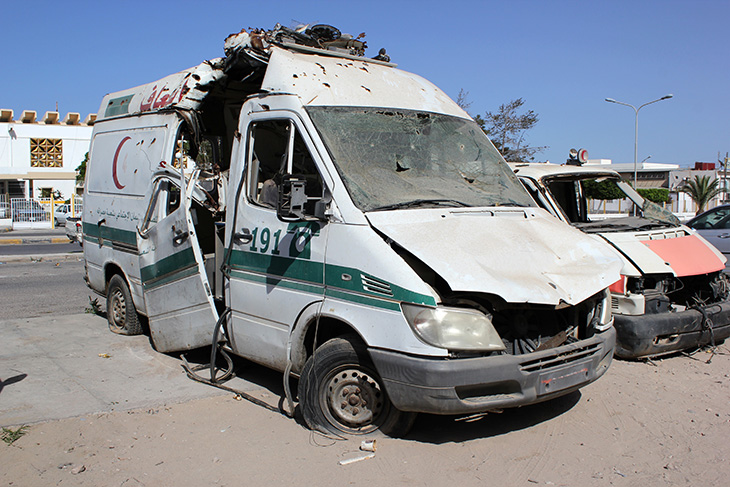 An ambulance is destroyed during fighting in Libya. CC BY-NC-ND / ICRC / Xiangqun Hu

Frederik Siem, HCiD Advisor of the Norwegian Red Cross (NorCross) is neither an ambulance driver nor a first aider. Yet his work was instrumental in organizing the HCiD workshops in Cartagena and Beirut in 2014. The report "Best Practice for Ambulance Services in Risk Situations" was published as a result in July 2015.

How do the workshops and this report contribute to the protection of health care?

In our report we propose practical recommendations for volunteers and staff who conduct ambulance and pre-hospital operations.

Many of the best practices mentioned are relevant for other organisations too, beyond those of the International Red Cross and Red Crescent Movement. We're not proposing something brand new but rather a selection of examples from which solutions can be picked out and contextualized in order to strengthen the response and decrease risk exposure.

In some countries, seat belts should be removed when approaching a road block because the seconds it takes to do it, and duck away from potential danger, can prove to be fatal. In other, arriving at a check point without a seat belt on can result in unnecessary delays as security forces are required to ensure every driver respects the law.

To give another example, one workshop participant asked why we were talking about uniforms and not about security issues. An ambulance driver of another culture explained to him that they used to have uniforms with a small black pouch that had been mistaken as a gun holster. This could lead to security issues when a volunteer was rushing to help a victim but looked like he was grabbing his side arm rather than first aid equipment.

This is precisely why we need to discuss and share experiences and lessons learned from other countries. 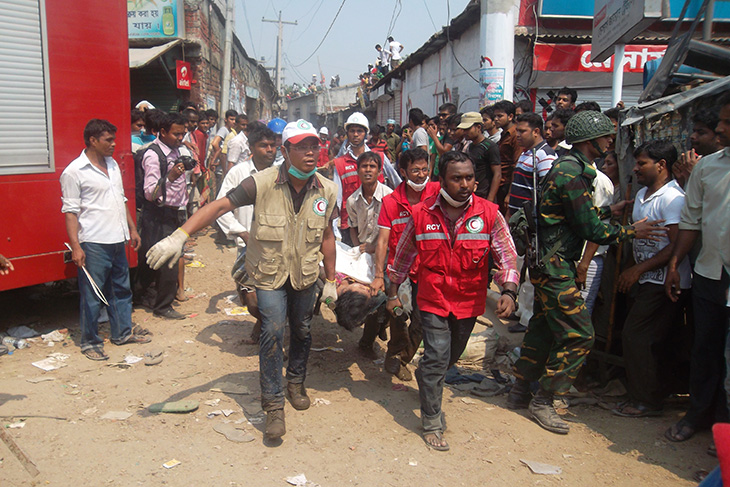 What else can ambulance drivers and other first aiders learn from each other?

Ambulance personnel need to consider so many things when in action, such as what kind of language should one use with a patient's relatives in a tense situation. In a chaotic environment involving many people, it may be more effective to speak in a loud and assertive manner, while a calm situation with a few family members present would require more empathy and a quieter tone. Many of the participants called for more training and found it helpful to compare experiences.

Workshop participants also emphasized how important it was to explain medical matters in understandable language. Using too many acronyms and medical terms only adds to the disorientation and stress the families feel.

Another important point raised was that volunteers and staff need to respect patients' cultural and religious customs. If unsure, one should ask the family about the traditions applicable to the situation at hand. In the case of a death, for example, first responders should know the appropriate ways to handle a body before, during and after its transport in an ambulance.

Other questions raised included whether or not to dispatch a team when only a part of the information is available was also a big topic, for example how to respond when an ambulance is requested in a destination that is known to be a place where ambulance personnel have previously been called to with the intent of attacking them or stealing their vehicle. One solution could be to contact the volunteers living in the area and crosscheck information with them.

Some of the best practices were less concrete, reflecting rather on ambulance personnel's skills and instincts acquired over time. One participant put it well: "Even when we are off duty, we hear the ambulance siren minutes before others do." 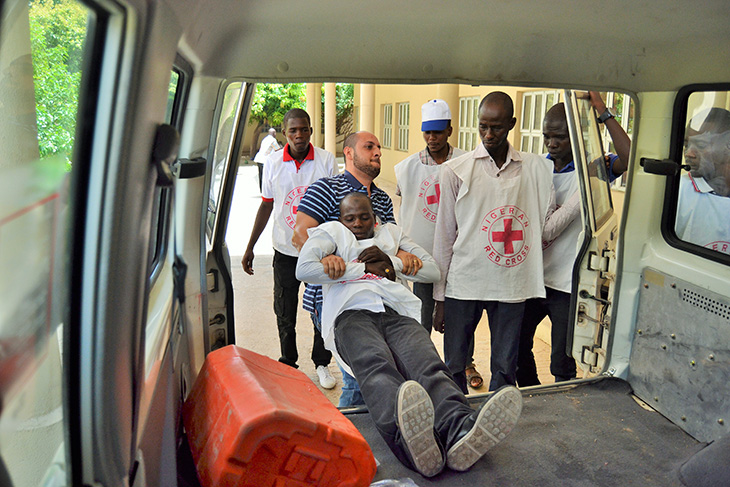 How can National Societies, States and everyone else concerned turn the best practices into concrete actions?

NorCross will hold a side event on ambulance services at the International Conference of the Red Cross and Red Crescent in Geneva, in December. National Societies in Israel, Kenya, the Philippines, Colombia and Norway will present how they deal with different operational dilemmas to which their ambulance and pre-hospital services need to respond in risk situations, and what kind of context-specific solutions they have already applied.

The report has also been shared with the Ecuadorian Red Cross's Technical Institute and discussions are currently ongoing on how the report might be incorporated into its medical emergencies curriculum. As the institute is a reference centre for National Societies from all over the region, this could really help to widen the operationalization of some of the best practices.

The Lebanese Red Cross and NorCross are currently initiating cooperation with other National Societies in the Middle East and North Africa, in order to provide support in analysing the risks that National Society ambulance and pre-hospital services are exposed to in each context, and to improve risk management and the prevention of incidents.

The first edition of the report is a great start and has allowed us to work together across borders. We already foresee the need for a second report that would include additional adaptations and recommendations, as we continue our work with other National Societies, ambulance drivers, and other pre-hospital care providers.

I truly hope more National Societies and providers of ambulance services and first aid will join our efforts. In the end, we all have a common goal: to be able to do our job to provide quality care to our patients without fearing for our lives.

Ambulance drivers and other health-care providers must be respected and protected.

Health Care in Danger is an initiative of the Red Cross and Red Crescent Movement to make access to health care and its delivery safer in conflict or other emergencies.

The initiative calls for the respect of health-care workers, facilities and transports while promoting the implementation of a series of recommendations and practical measures for the protection of health care. This initiative is supported by a number of partners, individuals and organisations, members of the Health Care in Danger Community of Concern.