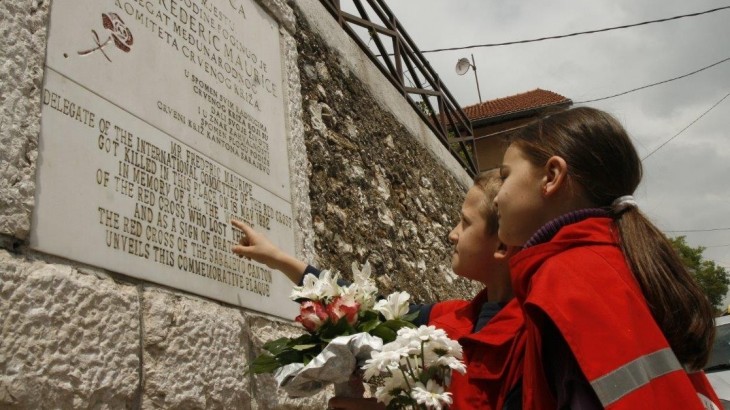 Every year, the Sarajevo Canton Red Cross marks 18 May by remembering not just Frédéric Maurice but also all the workers and volunteers who lost their lives during their humanitarian mission. BY-NC-ND / ICRC

On 18 May 1992, several weeks after fighting began in Bosnia-Herzegovina, an ICRC convoy entered Sarajevo with food and medicine. Led by the newly appointed head of delegation in Sarajevo, Frédéric Maurice, the convoy had been clearly marked with the Red Cross emblem. In a shocking violation of the Geneva Conventions, the convoy was attacked at the Višegrad Gate before it even arrived at the city centre.

Three ICRC workers were wounded including Frédéric. While his colleagues survived, he succumbed to his injuries the next day.

"When we heard that Frédéric was killed in Sarajevo, our father said, 'If you want to leave the city, go now. If someone from the ICRC is killed, this war is going to be horrific,'" a local ICRC employee remembers.

The war exceeded everyone's worst fears, but the ICRC remained in the country to help the citizens and reduce their suffering.

The Frédéric Maurice gallery and the ICRC exhibition at the multidisciplinary centre Mikser House in Sarajevo. CC BY-NC-ND / ICRC / E.Camić

On 8 September, Mikser House, a multidisciplinary centre connecting culture, civil society and creative handcrafting from all over the Balkans, opened its gates in Sarajevo. The founder and director, Ivan Lalić, was one of the two who were wounded in 1992.

Ivan named a gallery within the new Mikser House after his colleague, Frédéric. The exhibition, 25 Years Dedicated to Humanity, marking a quarter century of the ICRC's presence in Bosnia-Herzegovina, was the first one to be displayed there. The gallery and the exhibition were inaugurated by Cornelio Sommaruga, former ICRC president.

The exhibition consisted of over 70 photos, accompanied by texts in English and the local language. Positioned on a 30 metre timeline, they presented a wide range of the ICRC's activities in Bosnia-Herzegovina from the starting of the war. 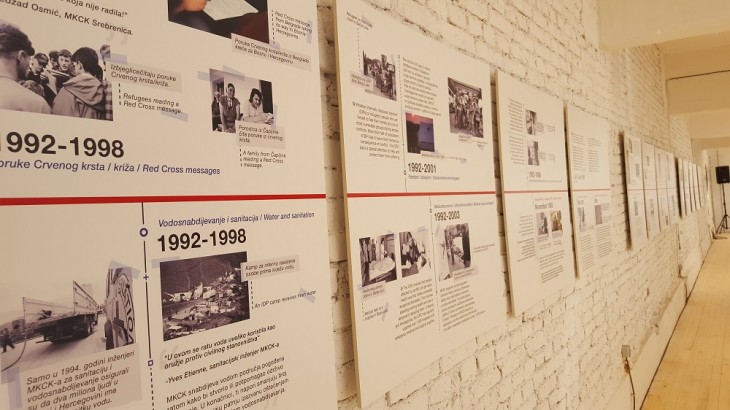 A 30 -metre timeline provides insight into the core of the ICRC's action in the country from 1992. CC BY-NC-ND / ICRC / E.Camić

Frédéric's son Antoine Maurice and his family attended the opening event. In a moving speech, Antoine said, "My father never made it to the town, or better said, he never completed his mission until today. Today he finally enters Sarajevo alive."

On this occasion, a group of ICRC alumni visited Sarajevo for a four-day visit. In addition to the opening event, they also participated in the panel discussion dedicated to the humanitarian work of the ICRC and the security risks it bears. Main topics were the impact of the incident from May 1992 on the ICRC's operations in the Balkans, as well as current security challenges for humanitarian workers worldwide. 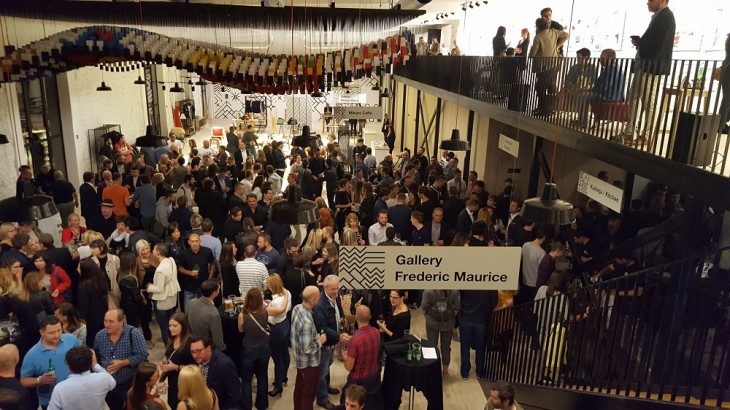 During the conflicts in the region, the ICRC visited over 54,000 detainees in 520 places, exchanged 18 million Red Cross messages, reunited over 4,500 families, distributed over 100,000 tons of food, regularly supplied over 1,000 hospitals with emergency medical supplies and held seminars on international humanitarian law for thousands of soldiers.

Today the ICRC supports the people of Bosnia-Herzegovina in their efforts to recover from the emotional and physical wounds of the war, particularly in relation to missing people and the threat of mines.