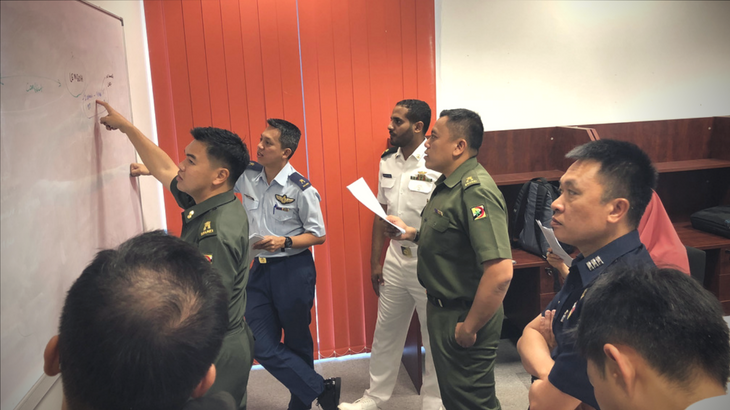 As an integral part of its operations worldwide, the International Committee of the Red Cross (ICRC) maintains a constructive dialogue with the armed and security forces. In Brunei, the ICRC has been working closely with the Royal Brunei Armed Forces (RBAF) since 2012 to deepen their knowledge of international humanitarian law (IHL). Besides the RBAF officers, military officers from the region have also benefited from this close collaboration, as witnessed during a recent IHL workshop hosted by the RBAF.

The ICRC recently collaborated for a three-day IHL workshop as part of the 8th Command and Staff Course run by RBAF.

The 40-week Command and Staff Course, which began in January 2018, included participants from police and security sector from across the region. There were 31 senior military officers from 14 countries as well as officers from the Royal Brunei Police Force and the Internal Security Department.

This year’s workshop on IHL, which is also known as the law of armed conflict, included more scenario-based case studies and exercises to refresh and enhance understanding and application of IHL in military operations. This is significant as participants are likely to become commanders eventually and train their soldiers and officers in military operations.

Through training programmes like these, the ICRC hopes to support all levels of the armed forces in IHL knowledge and application and to facilitate humanitarian action. For this reason, the workshop also included discussions on the means and methods of warfare, detention operations, health care in danger, sexual violence and command responsibilities.

The interaction and bonhomie during the workshop encouraged participants to share their experiences from the field. This was the first such experience for many participants as they took part in detailed discussions on IHL. Happy with the workshop, several of them also pointed out that they were particularly impressed with the session on “rules of engagement”. They thought that this difficult topic was covered in an interesting way to allow better understanding. 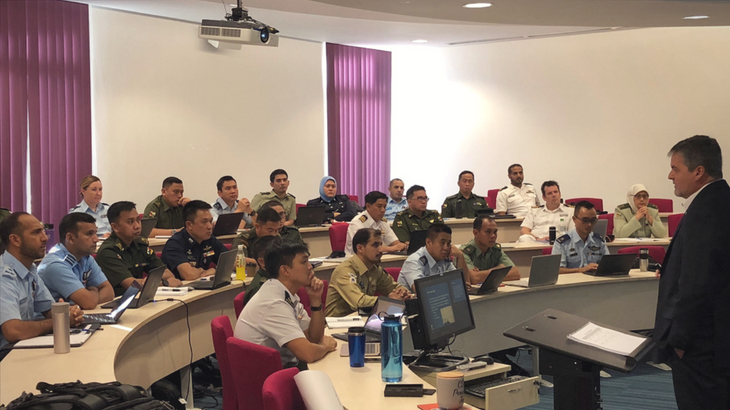 Kirby Abbott, the ICRC armed forces delegate for South East Asia and the Pacific, was in Brunei with his team to facilitate the workshop. Glad to see the collaboration with RBAF growing from strength to strength over the years, he expressed his gratitude for the tremendous support extended by the Commandant and staff of Command and Staff College to ensure the smooth running of the workshop.

“It is encouraging to receive positive feedback from the participants. For instance, a participant told us that he would henceforth plan and execute operations after a deeper critical analysis,” Abbott said. He added that the ICRC was keen to partner with RBAF to train military officers, and also to have the relevant rules of IHL and international human rights law incorporated into military training and operational procedures.