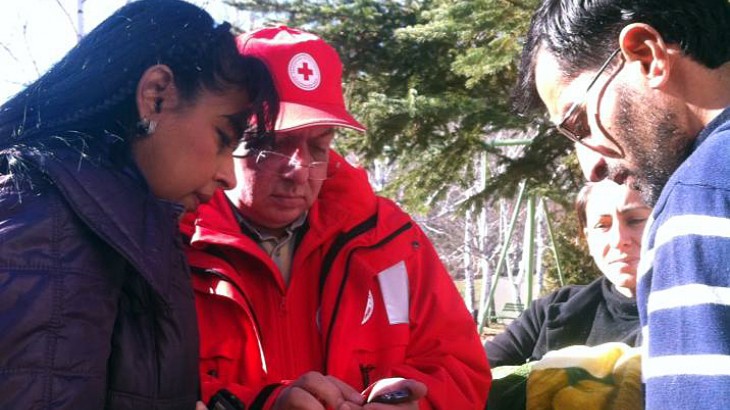 Hivro and his wife (whom we will call Asra for the purposes of this story) are refugees from Syria. They spent a month in dfferent accommodation centres in Bulgaria, neither of them knowing what had happened to the other.

Hivro left Syria with his heavily-pregnant wife Asra, her mother and sister and his two-yearl-old daughter. The family became separated in Turkey and Hivro was left behind. He only managed to cross the Bulgarian border a week after the others had already found refuge in Bulgaria.

When Asra and her family crossed the border, they were taken to the Border Police transit centre in Elhovo for registration. Asra went into labour and the young woman was immediately sent to the hospital in Yambol, the nearest town, where she gave birth to a healthy boy. But without news of her husband, she could not feel happy.

Meanwhile, Asra's elderly mother, her sister and her small daughter were living in the accommodation centre of the State Agency for Refugees in Kovachevtzi, which looks after large families. A week later, Asra joined them with her newborn baby.

Just at that moment, Hivro was crossing the Turkish/Bulgarian border, but as he was single, he was placed in another accommodation centre, in the city of Harmanli, more than 300 km away.

Luckily, Hivro's name was on the beneficiaries list of the Bulgarian Red Cross branch in Haskovo. The Bulgarian Red Cross contacted the authorities with a request for family reunification and after a month of separation, Hivro was transferred to Kovachevtzi. Only then did Hivro learn that he has a son.