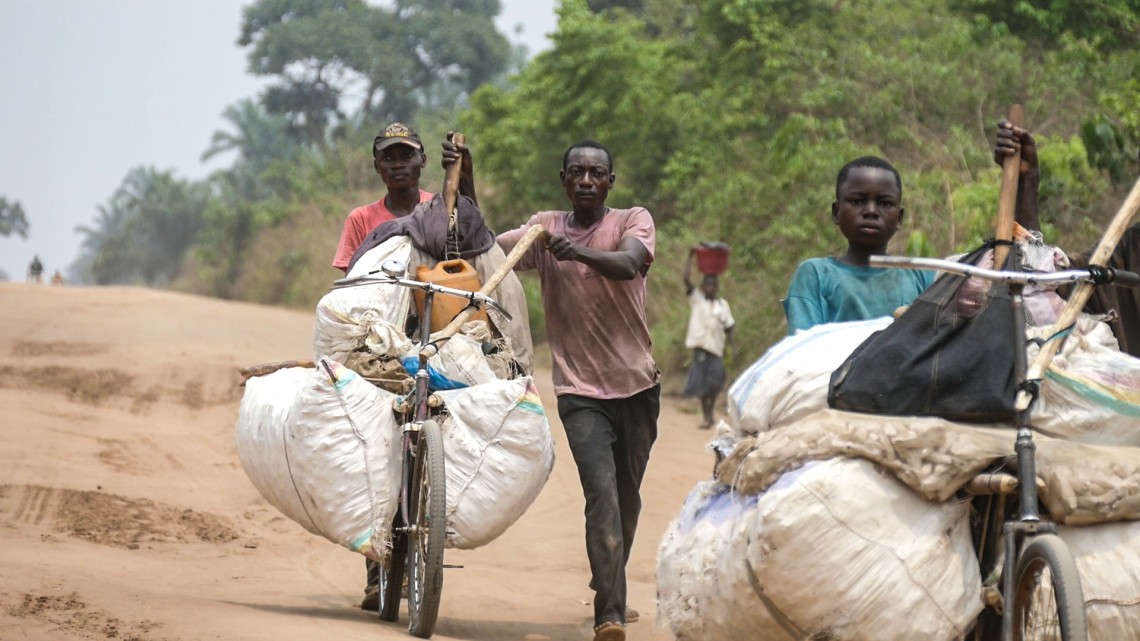 Democratic Republic of the Congo: The business cycle

Joseph works up a sweat as he pedals his way along the dirt roads. But he is not out for a leisurely ride. He is one of the country's bicycling businessmen, known in the Chiluba language as "bayanda", or "strong men". These entrepreneurs are up at dawn shuttling between towns and villages to buy and sell their goods.

Joseph makes the round trip from Kananga, the main town in the Kasai region, to Tshebue, a village more than 200 kilometres away, every week. It takes him three days each way.

"In Kananga, I buy things like soap and slippers that I sell in Tshebue," explains Joseph. "Then I buy maize, cassava and bananas in Tshebue, which I sell when I get back to Kananga." 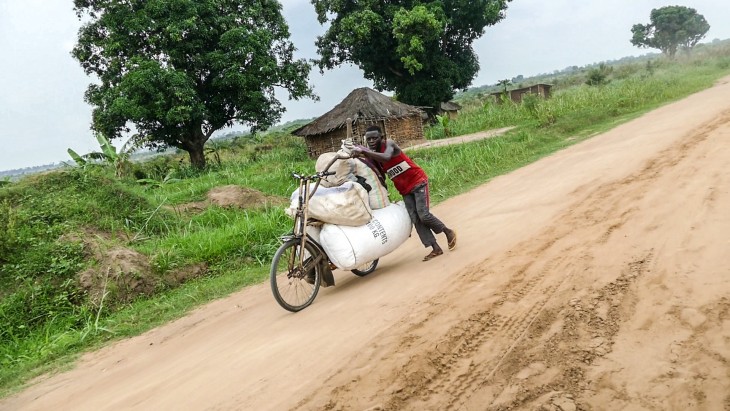 A shopkeeper and his bike commute between villages in the region. Photo: Jonathan Busasi, ICRC

Joseph takes his sister and a young assistant along to help out. "We sleep outside in all weathers. Sometimes we don't even eat," he says. "Things break fairly often, or we get a puncture. The repairs eat into our profits."

But repairs are not the only problem. There is a lack of security, and entrepreneurs have had their goods stolen. Some have even been killed. Checkpoints do not necessarily help – the bayanda are increasingly obliged to pay a toll to pass. 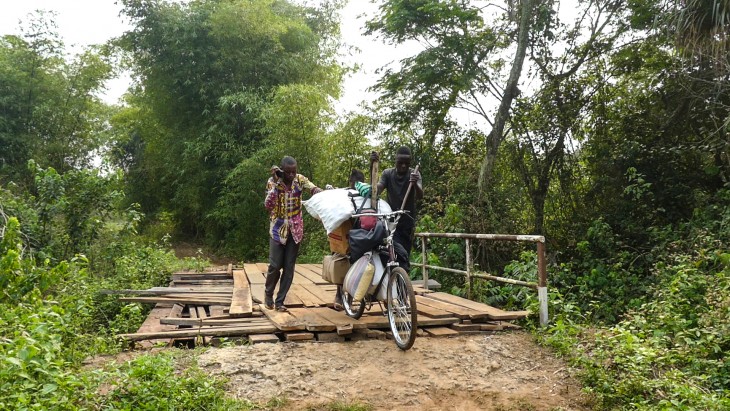 From Kananga to Tshebue, Joseph and his team are THREE days away. Photo: Carol Lumingu

As a result, many are choosing to quit the business, which is having a knock-on effect on the availability of foodstuffs, pushing prices up. A kilogram of maize now costs 1,000 Congolese francs in Kananga. To put that into perspective, people in the area earn 1,500 francs on average a day.

An influx of people into the town is also putting pressure on prices. Many displaced people fled to Kananga when violence broke out in Kasai in 2016 and 2017. Despite a return to calm, not all of them have gone home.

"Some families are struggling to put food on the table," says the ICRC's Freddy Bakulu. "We need better roads, so that we can link up the agricultural areas with the towns, and supply places like Kananga more easily."

Violent clashes in 2016 and 2017, between the national security forces and a local militia, exacerbated by ethnic tensions, forced people to flee their towns and villages in the Kasai region, which has five provinces: Kasai-Oriental, Kasai-Central, Kasai, Sankuru and Lomami. Many sought refuge in Kananga.