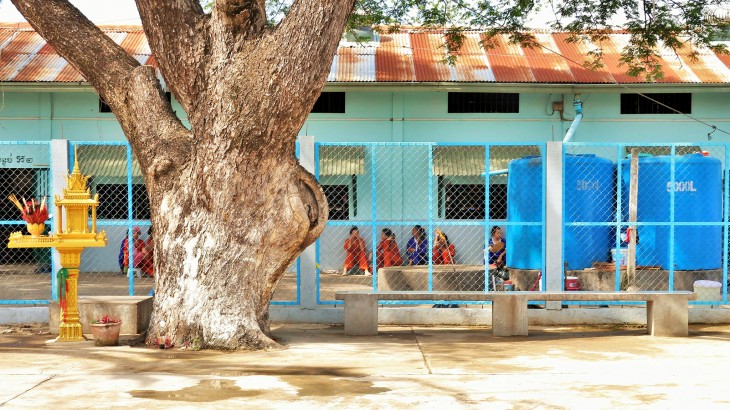 Female prisoners, the majority of detainees at Correctional Center 2, talking behind the fences. The ICRC renovated recreational space with fences so prisoners can spend time outside. CC BY-NC-ND / ICRC / Nattasuda A.

Providing prisoners with timely access to health-care services is a challenge in Cambodia, where 27 prisons house over 18,000 inmates. While most prisons in Cambodia have health posts, challenges arise in the functioning of these facilities and the monitoring of prisoners' health conditions. The ICRC has been assisting the General Department of Prisons to overcome these issues for over six years with the aim of improving the quality of health-care services for detainees.

"The prison system needed support and we believe that we are on the right track now", said General Chan Kim Seng, director general of the General Department of Prisons (GDP).

Last July, the Correctional Center 2, a prison facility for women and juveniles, inaugurated improved healthcare facilities, a project carried out by the ICRC jointly with the GDP.

"The ICRC believes that renovations of prison health posts can help prisoners receive better health care inside the prison and, most importantly, be medically assessed and referred on time to public hospitals when secondary care is needed," explained Dr Luca Falqui, an ICRC doctor.

Detainees will be able to have medical checkups done on arrival by the prison health staff. Clinical protocols will be followed and individual medical records will be kept for further treatment. Inmates with infectious diseases will be treated separately to prevent the transmission of illnesses to other inmates. "The prisoners will receive those services in a more effective manner while the prison health staff will have better working conditions and and overall environment now," said Bart Vermeiren, the ICRC head of mission in Cambodia.

The Correctional Center 2 is where the ICRC started a pilot project in May 2015 with the Cambodian prison and Ministry of Health authorities to establish a standardized and functional prison health-care system.
"We hope that this can become a model and be duplicated by the detaining authorities and the Ministry of Health in other prisons across Cambodia," said Dr Luca Falqui, from the ICRC. 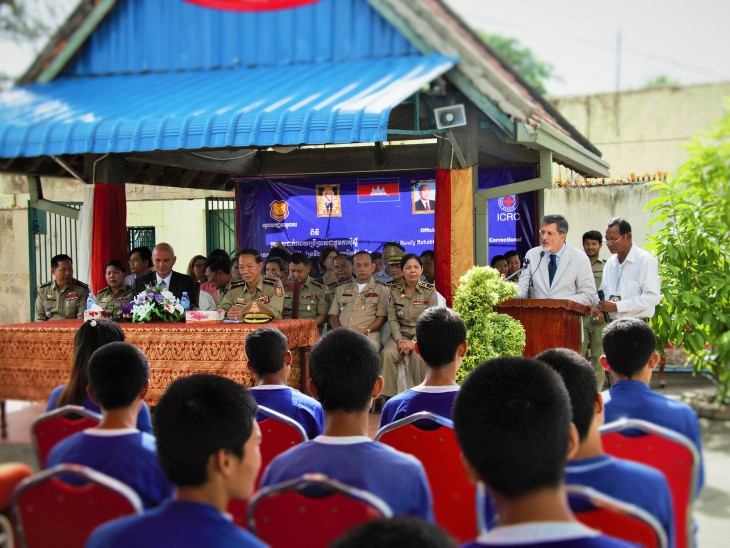 The ICRC, Cambodian authorities, UN and NGO representatives are present at the inauguration of the enhanced health-care system at Correctional Center 2. / CC BY-NC-ND / ICRC / Nattasuda A.

To that aim, cooperation between relevant governmental and international institutions is key. The ICRC is negotiating the setting up of a working group formed by representatives of the General Department of Prisons (GDP), Ministry of Interior, Ministry of Health and other prison health stakeholders, such as UN agencies and NGOs.

The ICRC has been working closely with the GDP since 1993, in providing assistance to improve the living conditions of detainees. Among different types of support provided, the ICRC renovated detention buildings and assisted in water, sanitation and health-care projects that have improved considerably the quality of life of detainees.