From Cambodia to Vietnam: Back home after two decades of separation 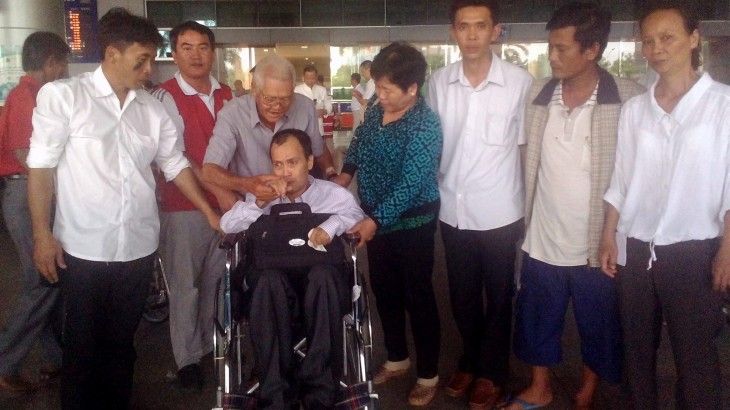 A phone call to the ICRC Phnom Penh Office grabbed the attention of Arnaud Leclerc, head of protection team in Cambodia. The voice from the United Nations Office for Human Rights (UNOHCHR) told of a case that the ICRC might be able to help with.

The story concerned a 54-year-old Vietnamese man called Nguyen Van Tan. Mr Nguyen had been detained in Prey Sar prison for over ten years and, in April, had just received a royal pardon on the occasion of the anniversary of His Majesty the King’s birthday and was due to be released within the next few days. The problem was that Mr Tan was suffering from serious physical difficulties, among them paralysis, deafness and virtual blindness, and needed daily care. Whilst in prison he received help from other detainees but on his release he realized that he would be on his own, lost and desperate. At this point Mr Tan sought help from the UNOHCHR, asking them to look for his family in Vietnam.

Hanging up the phone, Arnaud recognized this to be a rare case and knew that Mr Tan, with no relatives in Cambodia, really needed help. “We immediately contacted the tracing team of the Cambodian Red Cross,” he said, “and they agreed to take on the case by working closely with the Vietnamese Red Cross.”

This was the first time that the Soc Trang provincial Red Cross chapter had handled a family reunification case. Thanks to a wide Red Cross network from headquarters to local level, the team were quickly able to trace Mr Nguyen’s relatives in Phu Tan village on the outskirts of Soc Trang province. After only a few days the Vietnamese Red Cross (VNRC) informed the ICRC and the Cambodian Red Cross (CRC) that they had found Mr Tan’s family and that they were happy to take him back.

Even though things ran smoothly thanks to active collaboration between the CRC, the VNRC and the ICRC Phnom Penh office, as well as its regional delegation in Bangkok, the process of reunion took time to organize. Unexpectedly, owing to Mr Nguyen’s severe health problems, he had been released before his prison term ended. In the meantime he was sent to Metakarona Center in Prey Sar, where he received good care and was well treated. The CRC tracing agent visited him regularly and saw that his condition gradually improved. 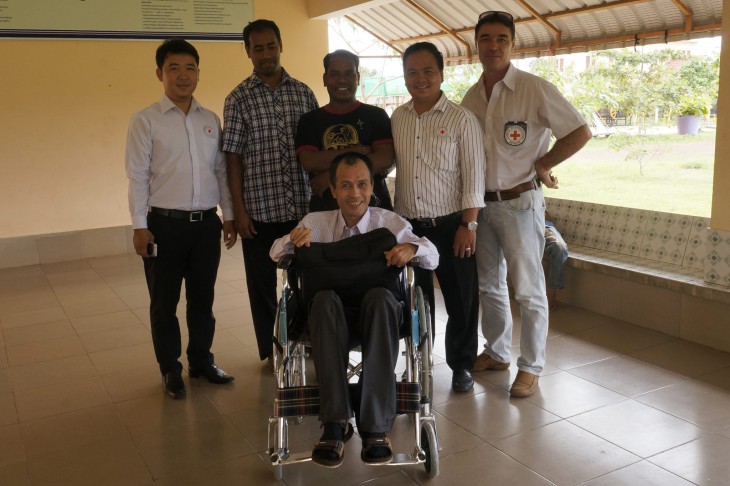 Nguyen Van Tan surrounded by Cambodian Red Cross staff and others who helped him at Metakarona Center. © ICRC

The two Red Cross Societies worked tirelessly in both Cambodia and Vietnam to ensure that the process of repatriation and reunion ran smoothly. With the ICRC Phnom Penh office and its regional delegation in Bangkok acting as the focal coordination point, at last his travel documents and other necessary arrangements were complete and the departure day was settled. Late on the afternoon of 30 July, assisted by the CRC and the ICRC, Mr Nguyen arrived at Phnom Penh International Airport for his flight home. All those who had been involved in his repatriation wished him well for a successful reunion with his beloved family.

Early in the evening the VNRC conveyed the cheerful news that Mr Nguyen had met his family for the first time in 20 years, and they were all on their way to his home town, a journey of another seven hours.

The last time Mr Nguyen saw his family was in 1992 or 1993 when, as a young man, he had left his homeland in search of a new life in a neighbouring country after the break-up of his marriage. A separation of two decades gradually led the family to accept that he must have died. His return was a huge surprise and a meaningful moment for them.

With tears of happiness filling his face, Mr Nguyen, in a quivering voice, said to the people who picked him up at the airport: “Cambodian Red Cross staff members were very kind to me. They visited me often and cared for me, and gave me medicine when I was sick. Without the Red Cross I would not have survived.” 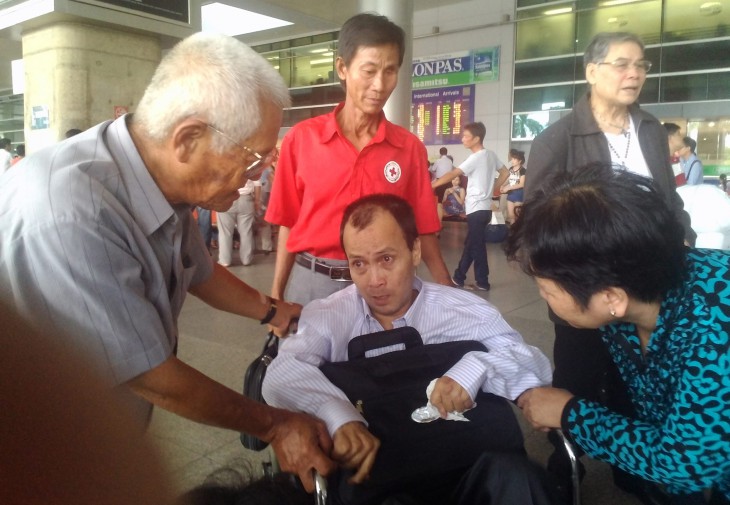 His sister, Mrs Nguyen Ti Xen, observed that when Mr Nguyen left home, they were both young but now they both have grey hair. “Without the enthusiastic help of the Red Cross Societies network this reunion would not have happened. Our thanks to them for bringing our brother back home. No words can express my gratitude,” she said.

Thus, the moment of reunion was over and Nguyen Van Tan was about to start a new life back with his beloved family. There is, after all, no place like home.