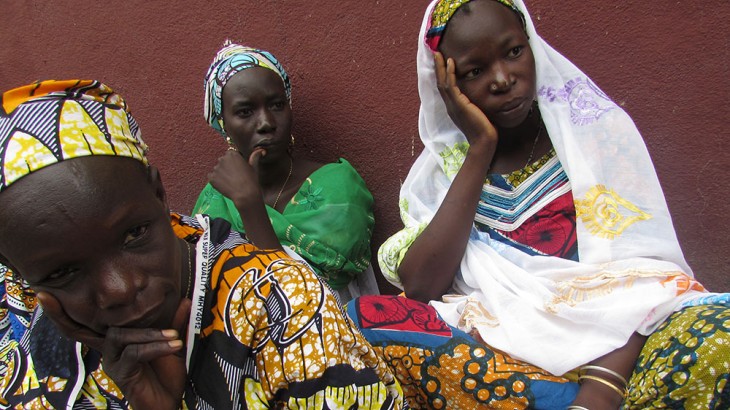 Aïcha (on the right) waits with other women to receive a voucher for 66,000 CFA francs, which will help them to meet their families' needs for a month. CC BY-NC-ND / ICRC / Ousmanou Balkyssou

"Rations of rice, beans and oil are a precious source of aid, but sometimes people just need money. We find ourselves having to sell the food we get in order to buy soap or medicine."

In Cameroon's Far North province, which is close to Lake Chad, 500 families displaced by the conflict have each received 60,000 CFA francs (the equivalent of around 100 euros) to meet their basic monthly needs – and maybe even to help them start a small business.

Aïcha Abdou, her husband and their five children had to flee their village two years ago when the conflict in the Lake Chad region made it impossible for them to stay. Since arriving in Sera-Haguiya in Cameroon's Far North province, they have survived by doing odd jobs in the fields, and they have been receiving food aid from the ICRC for a year.

The ICRC began to diversify the humanitarian assistance it provides by giving families cash instead of food rations. This innovative initiative should help to make displaced families in the region more resilient while at the same time giving them the means to meet their basic requirements more effectively. The first phase of the pilot project was a success, with 500 families – including Aïcha's – each receiving an initial sum of CFA 66,000 CFA francs in September. Two further monthly instalments will also be handed out.

"I've already thought about what to do with the money," Aïcha told us. "Once we've bought the food we need, I'm going to use some of the money to start a small business. That way we'll be able to start getting back our independence and will be able to afford other things, like medicine if we are ill." 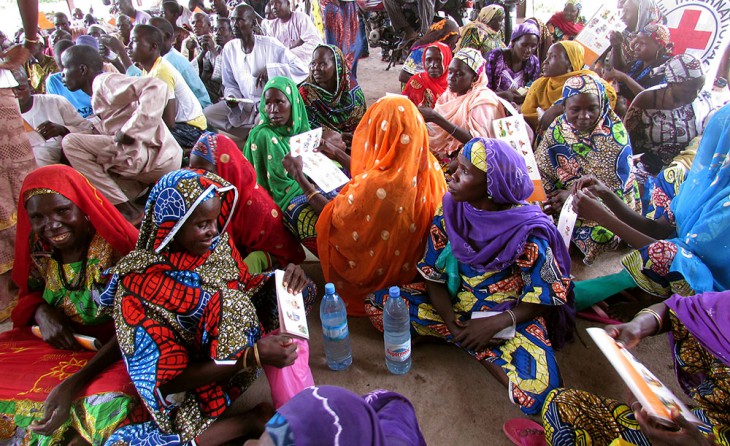 This new programme aims to give displaced families more freedom and should also help to boost the local economy, which will also be a major benefit. "We hope to expand our cash-assistance programme to 7,000 displaced families next year, without of course neglecting the host community. The families that take in displaced people are also affected by the conflict and have to share their resources with the new arrivals," explained Ibrahima Laye, who is in charge of the project in Maroua, Cameroon.