Capturing and exploring humanity through creative cinema in Bosnia-Herzegovina 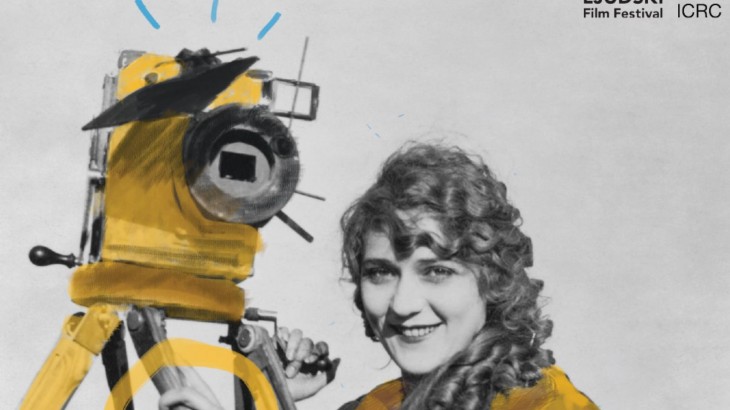 The war in Bosnia and Herzegovina ended over 20 years ago. Many would assume that generations of young people born afterwards are not affected and less interested in the physical and emotional scars the war has left. The workshop for aspiring film-makers "Capturing Humanity," organized by the ICRC and the Pravo Ljudski Film Festival, proved the opposite. The overwhelming interest and feedback exceeded even the most optimistic expectations. The five creative documentaries made within the workshop had their premieres in Sarajevo, while one of them was awarded best documentary at a film festival in New York.

Ten selected participants from Bosnia-Herzegovina, along with four peers from Iran and Lebanon, spent 12 intensive days in Sarajevo, exploring humanity and humanitarian concerns in post-war society. Prior to the workshop, they had little or no experience with film-making. But armed with immense creativity and guided by internationally experienced film directors, they made five short and experimental documentaries about missing people, landmines, rules of war, displacement and migration in Bosnia-Herzegovina. 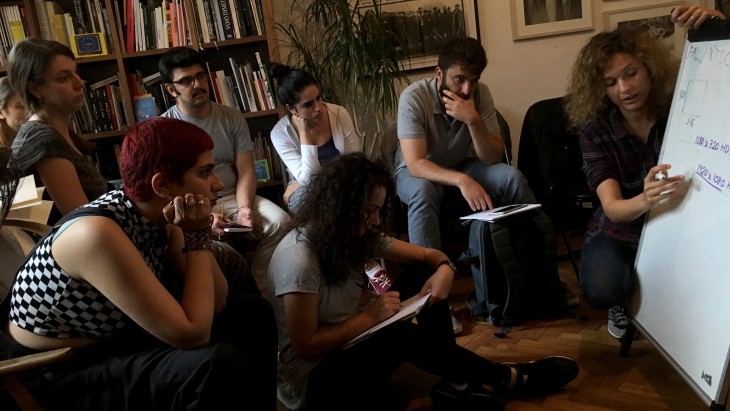 The 14 young participants of the workshop were guided by five internationally experienced directors who introduced them to innovative ways of film-making. CC BY-NC-ND / Pravo Ljudski

The film "Missing" is made from the perspective of families of almost 6,700 people still unaccounted from the war and deals with a heavy burden of uncertainty. In "A Level Playing Field," three participants explore consequences of 80,000 landmines still remaining from the conflict and find a closely integrated community in a sitting volleyball team from Sarajevo. A "Collapse of Coherence" reflects on the rules of war and their perception in a post-war society faced with heavy violations of those rules. The film "Hey! Here I Get Off!" was shot at the central bus station in Sarajevo and follows a girl struggling with an identity question – does she belong to the country she was born in or the country she spent most of her life in as a refugee. Finally, the film "To Be Far" tackles the recent influx of migrants in Bosnia-Herzegovina and the closed gates within the society.

The films had their premieres at the closing event of the 12th Pravo Ljudski Film Festival in Sarajevo. At the ceremony, the participants shared their impressions with the audience. "It was an incredible experience to learn more both about film-making and humanitarian consequences of the war in Bosnia-Herzegovina, with a wonderful group cohesion between participants and mentors. In our films, we tried to provide a different point of view on those issues and to share our emotions from the workshop. It made us becoming not only better film-makers, but also better people," said a participant. 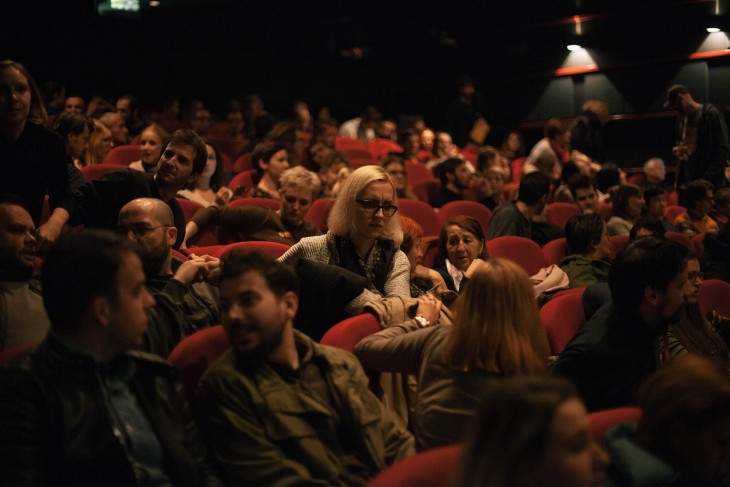 The two ICRC-supported programmes at the festival for documentary and independent film Pravo Ljudski went beyond screening films. The interaction with the audience, such as panel discussions on humanitarian topics, added an interesting layer to the ongoing conversation. CC BY-NC-ND / Pravo Ljudski

Furthermore, the ICRC-supported festival programme, "Exploring Humanity," contained seven documentary films of established directors from Chile, Afghanistan, Democratic Republic of the Congo, Iraq, Russia, Bulgaria and Denmark. The films reflect diverse artistic approaches on humanitarian issues in armed conflicts and post-war societies across the world. The audience had the opportunity to participate in panel discussions with experts after the screenings.

The five documentaries from the "Capturing Humanity" workshop are currently on a tour through Bosnia-Herzegovina. Overall, they will be screened in nine cities and smaller communities across the country. The events are organized in cooperation with civil society organizations, art academies and local Red Cross branches. The screenings are followed by exchange sessions between the audience, the ICRC representatives and participants of the workshop, both on the films and the respective humanitarian topics. 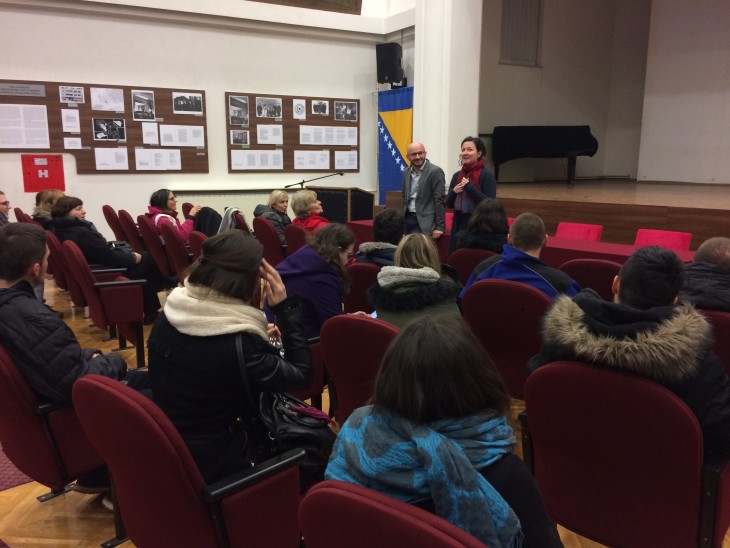 Travelling cinema in the town of Bihać. The five documentaries from the workshop will be screened in nine cities and smaller communities across the country. CC BY-NC-ND / A.Hasanović

The film "To Be Far" made it to the competition programme of the 15th Bosnian-Herzegovinian Film Festival, held from 11 to 14 April in New York. The debut film won the Golden Apple Jury Award for Best Documentary. The jury praised its "intriguing and novel anti-documentary perspective." And this was exactly the objective of the project: providing young people with the opportunity to express their own, fresh views on issues we deal with and encourage their further humanitarian engagement.