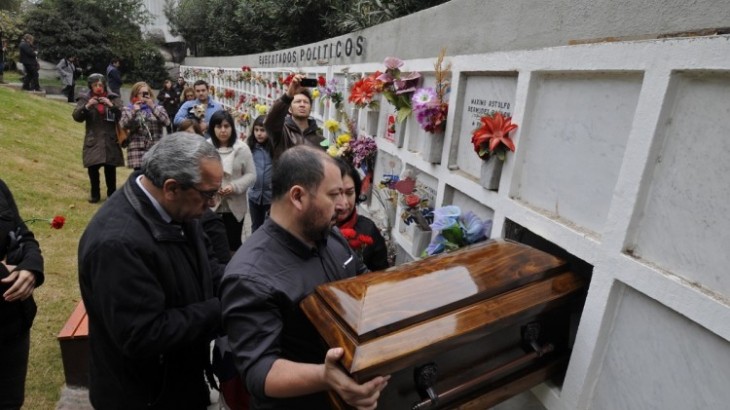 Family members inter the body of Luis Alfonso Moreno after his remains were positively identified by Chile’s Legal Medical Services using DNA sampling technology. Moreno was a 35-year-old security guard and Socialist activist who was arrested and killed by the military regime in 1973. Photo: ©Hector Gonzalez de Cunco/IFRC

Patricio Bustos says visits from ICRC delegates when he was imprisoned in Chile in the 1970s likely saved his life. Now, as head of the country's forensic services agency, he's working, with help from the ICRC, to find answers about what happened to those who disappeared during Chile's years of dictatorship.