Central African Republic: To flee, you need to be able to walk 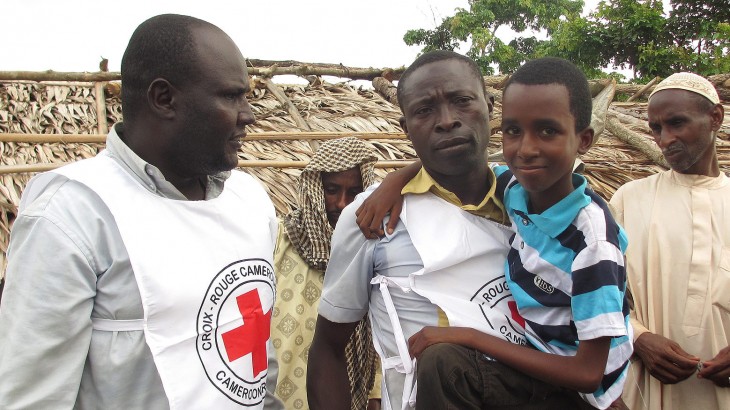 When fighting engulfed the Central African Republic, Mikaella, 9, Djaffarou, 14, and Zenabou, 15 – who all have physical disabilities – were unable to flee with their families from their village of Bossentélé (300 km to the north-west of Bangui). After an epic journey, they were finally reunited with their families in Cameroon. ICRC staff member Jeanne Djeukeng tells their story.

Can you imagine what it must be like for parents who have no choice but to leave some of their children behind to save the rest of their family? The eldest of the three, Zenabou, described how she convinced her father to leave her so the rest of the family could get away.

In January 2014, Mikaella, Djaffarou and Zenabou found themselves alone in Bossentélé and having to fend for themselves in the middle of an extremely violent intercommunal conflict in which civilians were paying a high price.

Despite the odds, the children survived. Villagers fleeing attacks by armed groups took the children with them and hid them in the bush. Somehow they made their way to the town of Carnot, where they were taken in by nuns who gave them shelter in the convent. In mid-February 2014, members of the MISCA (African-led International Support Mission to the Central African Republic) took them as far as the town of Garoua-Boulai, in Cameroon, where UNHCR took over and brought them to Gado refugee camp. In April 2014, ICRC staff visited the camp for the first time and began trying to track down the families of Mikaella, Djaffarou and Zenabou, who were also known to have sought refuge in Cameroon.

In Lolo, Mbilé and Borgop refugee camps (eastern Cameroon), where some 130,000 Central Africans have sought refuge according to UNHCR figures, the ICRC is working with the Cameroon Red Cross to restore contact between members of families scattered by the fighting and to reunite children with their relatives. Thanks to the impressive tracing network offered by the International Red Cross and Red Crescent Movement, the parents of the three children were found in the Mbilé and Lolo camps.

On the day when parents and children were due to be reunited, the four hours that separated the Gado and Mbilé and Lolo camps were ones of mounting excitement. When he saw his son safe and sound, Mikaella's father could not hold back the tears. He had lost all hope of ever seeing him again.

The ICRC has trained and equipped 14 Cameroon Red Cross volunteers who now work in the camps near the border with the Central African Republic, where they register tracing requests and unaccompanied children. The Red Cross is the only organization actively looking for members of scattered families. To date, the volunteers have collected more than a thousand requests and registered 83 unaccompanied children. 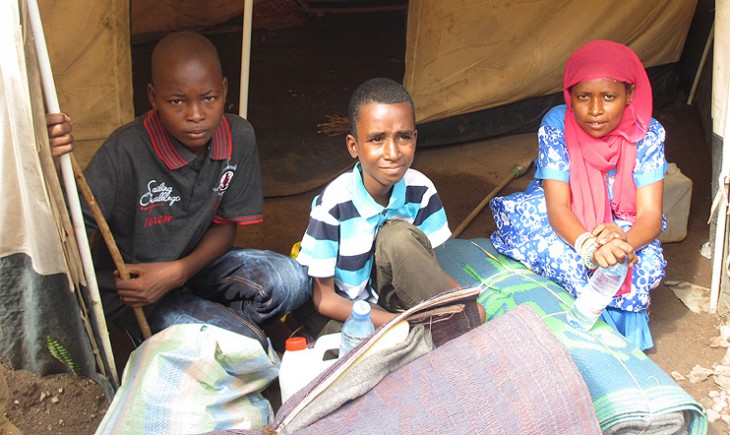 From left to right, Djaffarou, Mikaella and Zenabou prepare to be reunited with their families. CC BY-NC-ND/ICRC