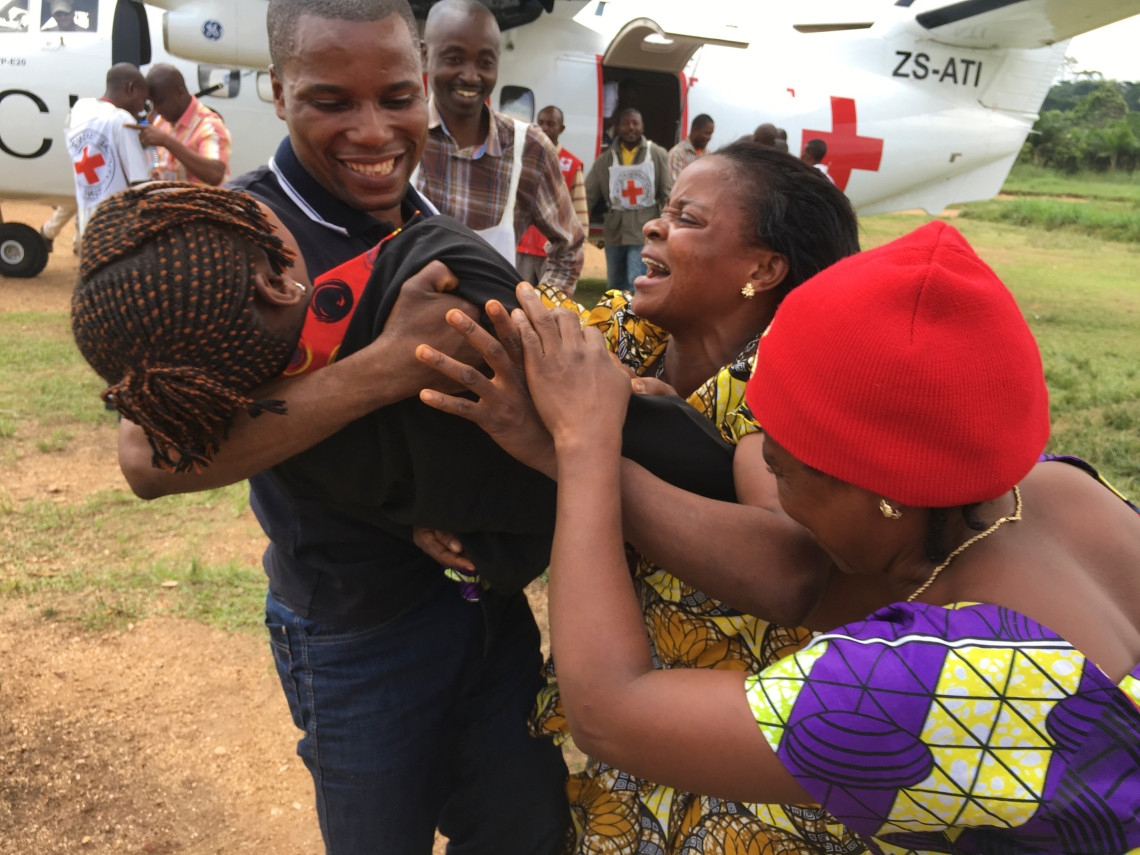 The Central Tracing Agency: Reconnecting, reuniting, resolving - now and into the future

For the past 150 years, the ICRC’s Central Tracing Agency has been helping people separated from their loved ones. We are entrusted by the Geneva Conventions as a neutral intermediary to assist parties and remedy family separation and disappearance in armed conflicts.
Article 14 March 2022

In times of conflict or crisis, families get separated and people die or go missing, creating suffering and uncertainty for those left behind. The impact of not knowing the fate or whereabouts of your loved one is devastating, deep and enduring, sometimes lasting for decades.

In addition to helping people separated from their loved ones in times of conflict, the Central Tracing Agency (CTA) coordinates global efforts by the International Red Cross and Red Crescent Movement to protect and restore family links, search for and identify missing people, protect the dignity of the dead, and address the needs of families of missing people.

150 years of the Central Tracing Agency from ICRC on Vimeo.

"The world has changed dramatically since the ICRC started tracing activities 150 years ago. What hasn't changed is that war, violence, natural disasters and displacement continue to separate families, bringing immense suffering."

Ayacucho. Return of the remains of missing persons to members of the National Association of Relatives of Kidnapped, Detained and Disappeared Persons of Peru. José Atauje/ICRC

Ayacucho. Return of the remains of missing persons to members of the National Association of Relatives of Kidnapped, Detained and Disappeared Persons of Peru. José Atauje/ICRC

The number of people who go missing or whose bodies are unidentified continues to grow alarmingly around the world. In 2021 alone, more than 55,000 people were newly registered as missing by their families with the International Red Cross and Red Crescent Movement, bringing the current number of registered missing people to 179,000 at the start of 2022.

This is due to increasingly complex protracted conflicts and situations of violence, the movement of vast numbers of people along migration routes spanning multiple borders and regions, and the effects of devastating disasters.

Today more than 550 ICRC experts - case managers, data analysts, forensic specialists, psychologists and lawyers - work with the CTA around the world. They cooperate closely with the 192 National Red Cross and Red Crescent Societies that form the Restoring Family Links network. Together, we search for missing people and reconnect separated families across borders and frontlines from Colombia and Iraq to Georgia and the Philippines.

The Central Tracing Agency: connecting families from ICRC on Vimeo.

To keep pace with people's needs - and ever-evolving technological advances - the agency is undergoing a five-year transformation (2020-2025) to strengthen its foundations and adapt to growing challenges. Innovation has been at the heart of the CTA throughout its history.

For example, the CTA is increasing its capacity to collect and analyse large amounts of data from multiple and dispersed sources to provide answers to families searching for their missing relatives.

Puebla, Ciudad Serdán. The ICRC and the Mexican Red Cross provide assistance to migrants. Joel, an Honduran migrant who was working in Mexico, receives a free telephone call to communicate with his family. Brenda Islas/ICRC

Puebla, Ciudad Serdán. The ICRC and the Mexican Red Cross provide assistance to migrants. Joel, an Honduran migrant who was working in Mexico, receives a free telephone call to communicate with his family. Brenda Islas/ICRC

Other developments include expanding ways for families to digitally access and use family links services, such as Trace the Face. The CTA is also looking to automate aspects of tracing, such as name-matching and the analysis of complex, transregional migration patterns.

In parallel, we are working closely with states to prevent disappearances by registering vulnerable people and setting up national information bureaus. Strengthening medico-legal systems is another priority, as is developing our emergency response capacity.

We are also setting up a new entity within the CTA where we can convene authorities, families and practitioners, to exchange best practices and ideas, create partnerships for sustainable solutions and develop research Its focus will be to provide expert advice, and support states and the broad community of practitioners to better prevent and respond. More than ever, this issue requires a collective understanding and efforts.

While technology is providing new ways of connecting families with missing loved ones - and partnerships will multiply impact - the CTA is making sure no one is left behind. Traditional activities such as collecting and delivering Red Cross messages and visiting detainees are as important today as ever.

The CTA therefore remains committed to maintaining a personal, human touch whenever and wherever possible, especially when providing family links services.

150 years of the Central Tracing Agency - testimonies of families from ICRC on Vimeo. 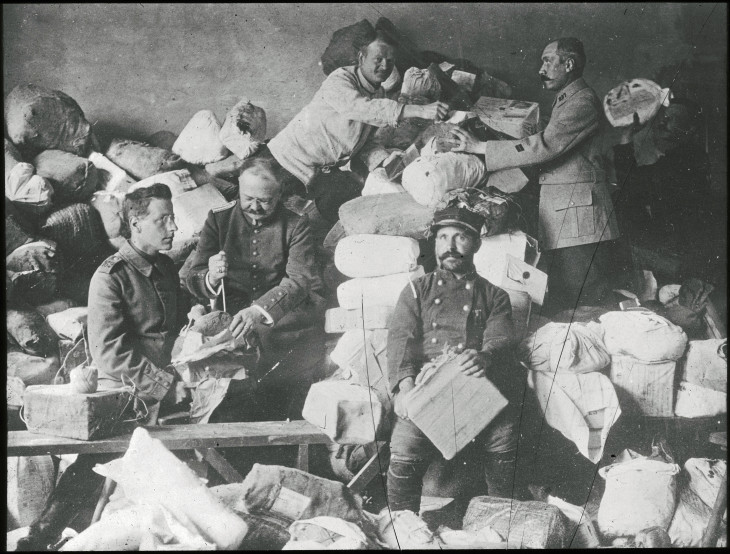 World War I. Prisoners of war camp in Heuberg. Control of the parcels. ICRC archives (ARR)

The ICRC set up its first tracing agency in 1870, during the Franco-Prussian war. Called the Basel Agency, it served as an information and relief bureau for prisoners of war.

During WWI, the International Prisoners of War Agency employed thousands of people – including, for the first time, women – to process millions of requests from families. After 1918, tracing became a permanent service, and the agency gained legal recognition in 1929.

By WWII, and now known as the Central Prisoners of War Agency, it was able to process 37 million index cards, using computers, radio and other technologies. Outlined in the Geneva Conventions of 1949, the agency continued to work on cases relating to the world wars. It also conducted research and set up delegations to respond to new crises in the latter half of the 20th century.

In 1960 it was renamed the Central Tracing Agency. Since then, the CTA has formed the backbone of the RC/RC Movement's global efforts to protect family links, maintain contact between separated family members, search for and identify missing people, protect the dignity of the dead, and ensure their families' needs are met.

Many families in #SouthSudan continue to live in the pain of not knowing the fate and whereabouts of their loved ones, who are missing due to conflicts and armed violence.

We helped Veronica to finally get reunited with her two daughters after 8 years of separation. #SSOT pic.twitter.com/vfHeynuDXa 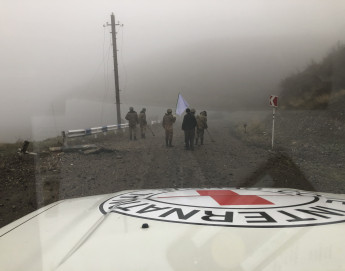 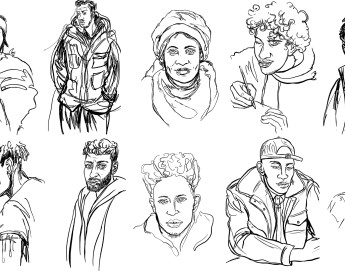 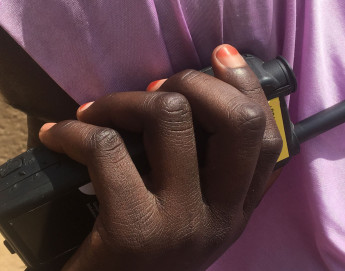 Nigeria: A race against time to reunite a family during the COVID-19 pandemic