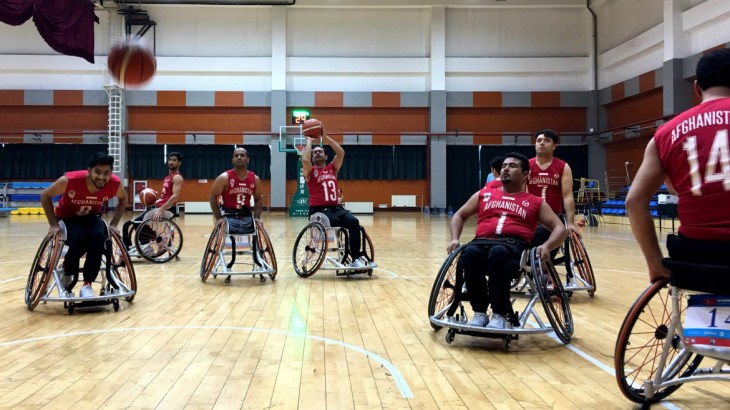 "I am too nervous to watch this game!" says Alberto Cairo, who manages the ICRC's physical rehabilitation programme in Afghanistan and also happens to be senior adviser to the Afghan national wheelchair basketball team. The team is preparing to play a match in the 2017 International Wheelchair Basketball Federation Asia Oceania Championships in Beijing and Alberto's anxiety is palpable. But his wit always keeps everyone in good humour: "People at my age should stay at home, in bed!" he jokes.

The Afghan team, supported by the ICRC, is one of the 14 men's teams to compete against each other in the championships. They lost their first two matches against the more experienced teams from China and the Republic of Korea, but are now hoping to secure their first ever international win against the more equally matched UAE team.

As the players warm up for the match, Alberto, who has been working with the ICRC in Afghanistan since 1990, recounts how this extraordinary team came into being.

Part of the National Paralympic Committee of Afghanistan and funded by the ICRC, the wheelchair basketball team was formed in 2013. Its members include both employees and former patients from the ICRC's seven rehabilitation centres in the country. Alberto initially took charge of training them but then hired Jess Markt, a professional wheelchair basketballer from the USA, as head coach. "They're all way better than me now," admits Alberto. 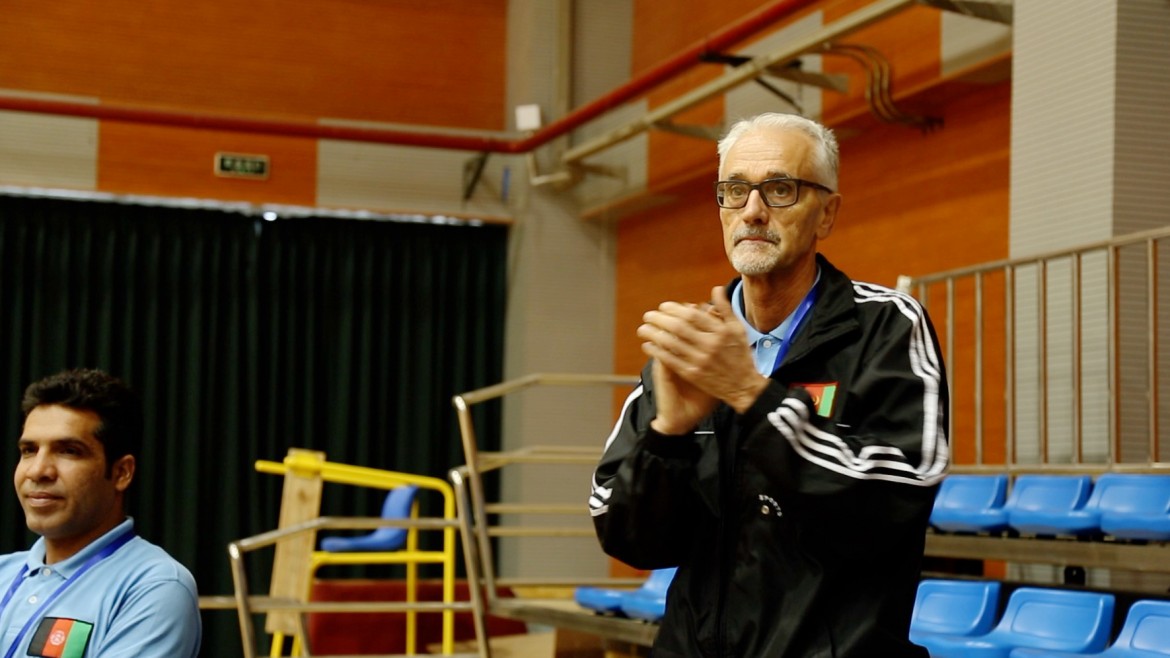 For Alberto, an Italian and former lawyer in his sixties, Afghanistan is his second home. It was almost by accident that he ended up managing the ICRC's physical rehabilitation programme, but he has not looked back. He now heads the seven ICRC physical rehabilitation centres in Afghanistan, where disabled people not only get fitted with artificial limbs free of charge, but also find employment after receiving vocational training.

Three years ago, Alberto was holding discussions with the Afghanistan Paralympic Committee, trying to find a way for the team to take part in the Paralympic Games. In 2015, the players flew to Japan for their first international competition: the 2015 International Wheelchair Basketball Federation Asia Oceania Championships. Although they lost by a wide margin, they were not discouraged. They seized the opportunity to compete again at this year's championships in Beijing.

Whether it is the sheer pressure of the moment or the eagerness to win against the UAE, the team loses its narrow lead of 6-4 through a number of fouls and missed shots. Reacting animatedly to all of the action, Alberto is now on his feet with his heads in his hands: "Oh no, this can't be happening! They're usually much better than this."

Soon, the team are trailing behind UAE with a score of 10-20, despite their best efforts. Head coach Jess adjusts the strategy and encourages his team, shouting, "Defense" or "Rebound! Rebound!" They score several times, but the competition has become too fierce. Wheelchairs are clashing with each other so hard that players tumble and struggle to get upright again. The team loses 41-56 and then loses again the next day to Saudi Arabia, finishing last in their group.

Though the team flew back to their home country without their longed-for win, they keep their heads high. "For them, even getting out of Afghanistan is a great achievement," Alberto says, pointing out that the country has been in the grip of armed conflict for nearly 40 years. "Afghanistan must not be forgotten. It is not only a place of war, but also a place of sports," he adds. He praises the team for helping foster a different image of Afghanistan.