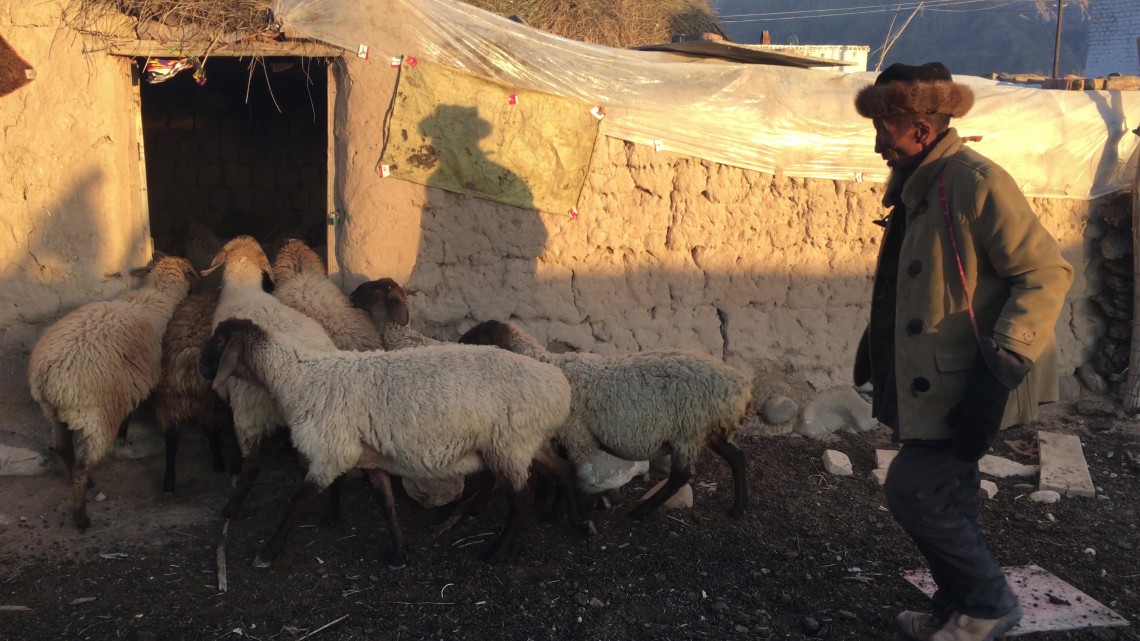 The daytime temperature in Akqi village, located in western Xinjiang Uygur Autonomous Region, still lingered below 10 degrees Celsius when we arrived there one day to meet TursunAhun Suratay. We reached his home just as he was herding his flock of over 20 sheep back to their pen. The 70-year-old shepherd looked different from the other times we had met him. This time there was a definite streak of hope in his gait.
Article 26 March 2019 China

Like many of their neighbours in the village, TursunAhun and his wife struggled to survive. Their village is under Akqi County, a national impoverished county with a total population of 46,000 people, most of whom are into farming and herding. "Our two sons, who work outside Xinjiang, send some gifts occasionally. I managed a little farming and there were some government subsidies but it was still not enough to sustain us," he says.

Then he heard of the livelihood project, jointly implemented by the International Committee of the Red Cross (ICRC) and the Red Cross Society of China (RCSC). It required him to develop his own business proposal that would generate money with money. Though illiterate, TursunAhun used the help of Red Cross staff and came up with a proposal of rearing sheep. He got a cash grant of 6,000 yuan which he used to buy ten sheep in September 2017. Breeding and selling sheep is helping TursunAhun meet his daily needs and giving him something to look forward to. "My flock has more than doubled over the last year and I want to continue till we have 50 sheep," he says. 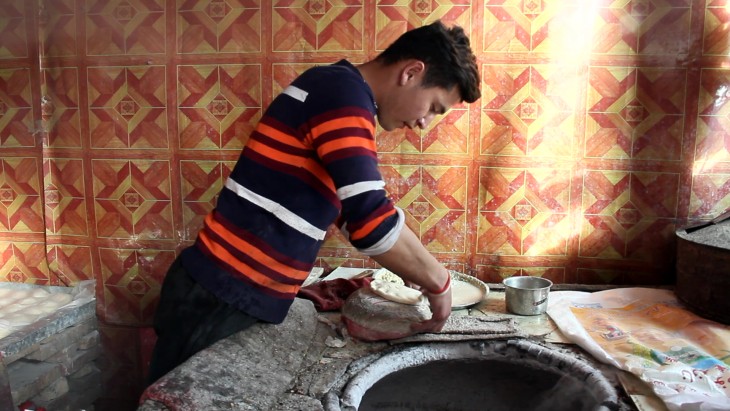 TurkunAli BeyshenAli makes naans in his shop that he opened with support of the cash grant from Red Cross. CC BY-NC-ND /Xiang Yongtao

For TurkunAli BeyshenAli the future lay in naans, a local bread that is a staple for Kirgiz, who constitute about 86% of the population in Akqi County. In 2015 his father had to undergo a surgery. The family sold most of their sheep to pay for the treatment and TurkunAli began to worry about their future. Just around that time he heard about the livelihood project from the Red Cross staff, who also sparked some ideas. Living in Halaqi township, the local economic centre, TurkunAli noticed that there were only a few shops selling naan. Doing the mental math on demand and supply, he decided it was time to learn a new skill.

Almost immediately, TurkunAli started working in a naan shop and spent six months learning how to make the bread. By the end of 2017, he sold some more of his sheep and took a cash grant from the Red Cross to start his own shop. Now the 20-year-old gets up around 3 am every day and spends almost six hours making naans. "We use three or four bags of flour to make 300 to 400 naans a day, earning about 3,000 to 4,000 yuan a month," he says with a slight flush on his cheek.

The baseline survey of the livelihood project shows that the per capita net income of TurkunAli's household was not more than 5,000 yuan. By the end of 2018, the annual net profit of his naan store amounted to 24,000 yuan. "My plan is to expand the business and include roasted stuffed buns and lamb kebabs," says TurkunAli, who also bought a tricycle recently to deliver naans. 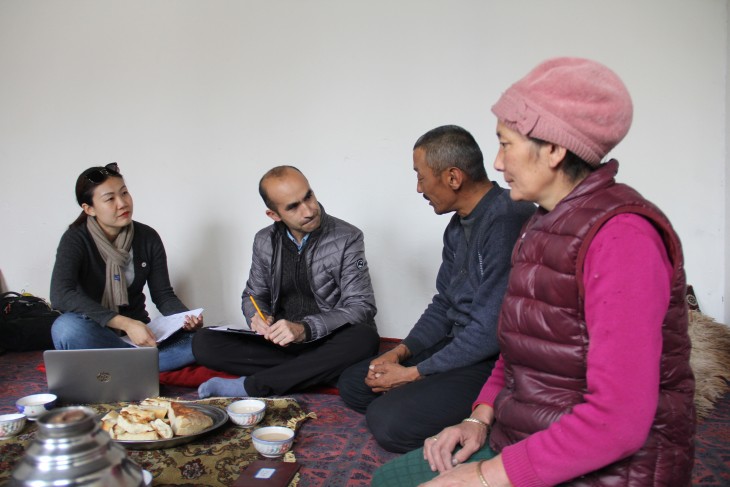 The families of TursunAhun and TurkunAli are among more than 200 households living below poverty line in Xinjiang that benefited from the project since it was started in 2016. A total of 1.44 million yuan was given as cash grants under the project that was implemented in Akqi and Sumutashi villages. According to the end-of-term evaluation, the incidence of poverty among beneficiaries has dropped from 10% to 0% over 12 months.

Working as a kickstart, the cash grant encourages people to devote themselves to the production plan, increase income and finally lift themselves out of poverty. Another important impact of the livelihood project is transforming people's mindsets.

"The planning process is more beneficial than just the money. The villagers also learn business skills and basic accounting in the process," says Yasen Abula, member of the village-based team of the regional Red Cross branch. He adds that he hasn't heard of any failures yet.

Sun Yan, head of Economic Security Department of the ICRC delegation in Beijing, emphasizes that the livelihood project helps people to think out of the box.

Unlike programmes that feature passive acceptance of assistance, this project requires applicants to draft plans based on the labour, experience and available resources and also sign a commitment. It not only increases income, but also brings nearby households together for a sustainable economy of scale.

Part of the Bo'ai Jiayuan Project of the RCSC, the livelihood project aims to reduce poverty by providing impoverished households with small cash grants, enabling those with the desire and capability of gaining wealth to reclaim their life and increase income.

By the end of 2018, the project had reached many provinces and autonomous regions, including Yunnan, Jilin, Guizhou, Xinjiang, Hubei and Shaanxi, helping raise income of nearly 1,500 households.