Colombia: One man's passion to serve his community 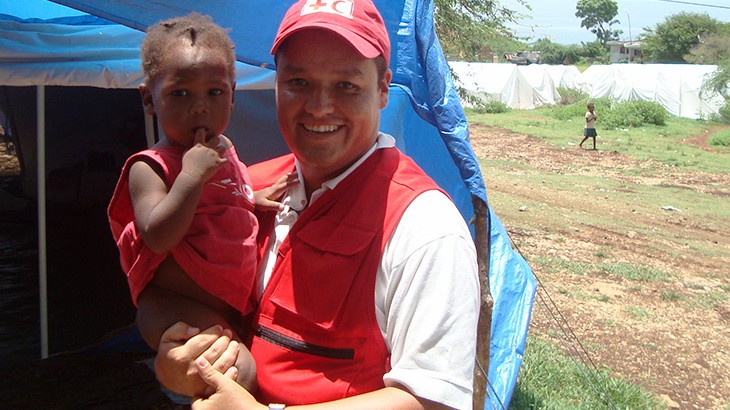 Once you catch the volunteer bug, there's no getting rid of it. The dedication grows with each passing year, along with the smiles, the thank-yous and the hugs.

"I started volunteering for the Colombian Red Cross when I was 12, around 20 years ago. I'm just an ordinary guy - a nurse by training."

Now he works for the ICRC in south-west Colombia. But the spirit of volunteerism that is so characteristic of the International Red Cross and Red Crescent Movement is as strong as ever.

"The Red Cross has taught me so much"

Mario was born in Manizales, in Colombia's coffee belt, and has spent most of his life serving his community. A lot of people tell him he's giving up his time, but he doesn't see it that way.

"The Red Cross has taught me so much and helped me grow as a person. I've got to know many different parts of Colombia and even traveled to other countries on assignment. The Movement and its volunteers are my second family. They're what keeps me motivated to lend a helping hand wherever it's needed – in natural disasters or accidents, at shelters or in community activities with children or the elderly."

As a volunteer, Mario has taken part in relief efforts following natural disasters such as the 2010 earthquake in Haiti, which marked him for life.

"I had the chance to volunteer after the earthquake, handing out humanitarian aid. It was so sad to see. More than 80,000 families were living in tents, shacks – whatever they could find. They had absolutely nothing."

"They were living off of what we gave them. It was so heartwarming to see the children's smiles and the gratitude on people's faces."

Mario's humanitarian work has now brought him to the ICRC, to help victims of the armed conflict in southern Colombia.

"I see the results of my work in the assistance we provide to people in need. Even though I am no longer a volunteer, I'll never lose the gift of voluntary service – I'll always want to help people and make their lives better."