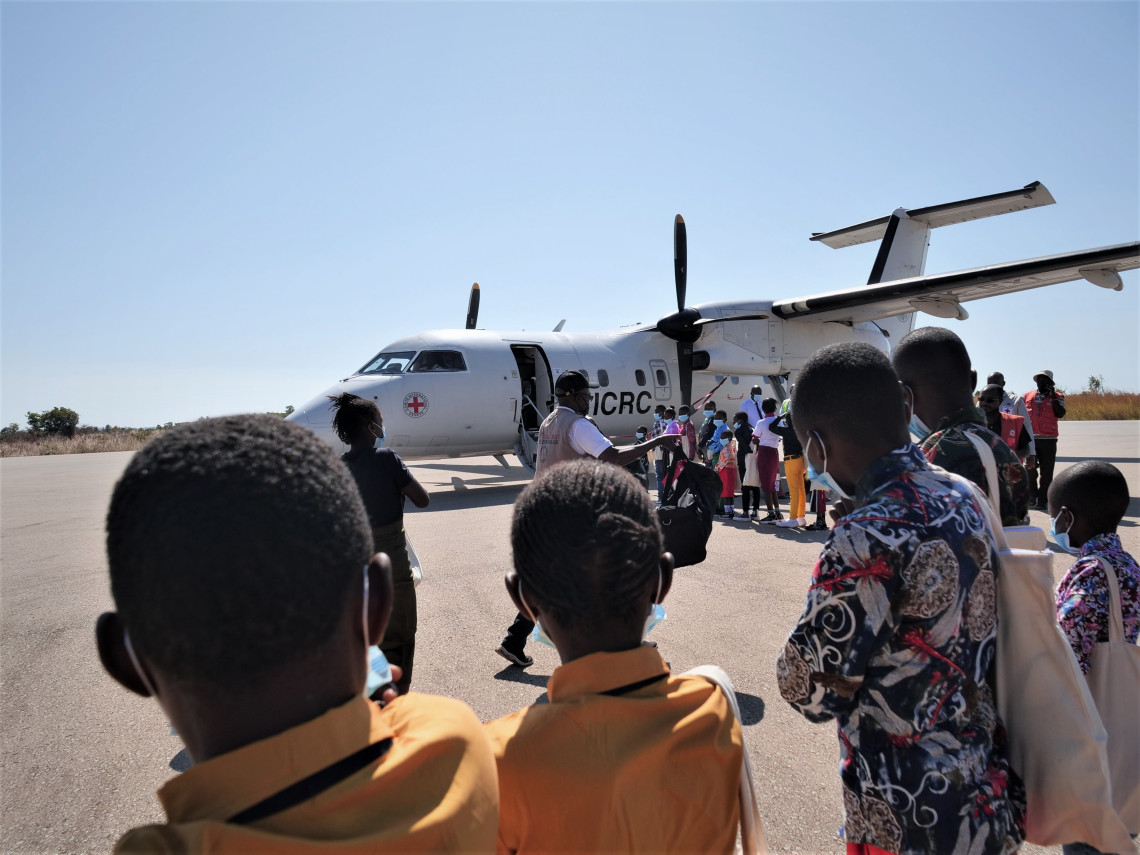 Democratic Republic of the Congo: 83 children separated by armed conflict finally reunited with their loved ones

Kalemie (ICRC) – 83 children, aged between five and 19, were reunited with their families in the Democratic Republic of the Congo (DRC). The children had lost contact with their loved ones as a result of armed conflict and violence in the south-east of the country. The International Committee of the Red Cross (ICRC), in coordination with the Red Cross Society of the DRC, worked to return the children to their families, some of whom had been apart for more than three years.
News release 07 July 2022 Democratic Republic of the Congo

This major operation is the culmination of extensive searches that were initiated between 2019 and 2021. The search process was quite protracted in some cases, either because there was very little information to go on or no family address, or because logistics and security concerns made it difficult to access some search areas.

For all these families, it is an enormous relief to have their children back after a desperate wait, not knowing what happened to them during the fighting,” said Maya El Hage, the head of the ICRC’s subdelegation in Kalemie. “The scale of this operation makes it quite unique and it is a joy to have seen it come to fruition.

During the operation, which took place between 6-8 July, the ICRC plane made 11 separate trips to take the children to their families, who were waiting in towns across the provinces of Tanganyika, Upper Katanga, North Kivu, East Kasai and Kinshasa. The operation's success was most palpable in the town of Manono, where 53 families were reunited with their children.

“Reuniting families separated by armed conflict and violence is a core part of the ICRC’s mandate. This work takes considerable time, but it is absolutely essential and invaluable, allowing us to provide answers to people living in anguish,” added Florence Anselmo, head of the ICRC’s Central Tracing Agency.

Since the beginning of the year, the ICRC has recorded several hundred cases of children losing contact with their families as a result of conflict and violence, mostly in eastern DRC. There has been a sharp rise in the number of cases, particularly in North Kivu because of renewed violence in Rutshuru Territory.

The ICRC and the DRC Red Cross are supporting families through a system that allows displaced and separated people to get in touch. In the past six months alone, nearly 200 children from the DRC have been reunited with their families, and between 2017 and 2021, more than 2,500 children were returned to their loved ones.