Democratic Republic of the Congo: the plight of families fleeing the violence in Kasai 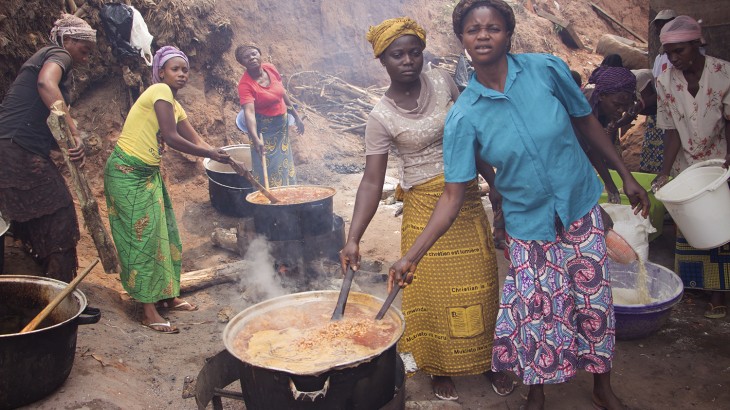 International Committee of the Red Cross and National Society teams deliver food and cooking utensils first thing every morning, so that the food can be prepared and ready to eat by latest midday. CC BY-NC-ND / ICRC

In the town of Kikwit, in the western province of Kwilu in the Democratic Republic of Congo, more than 12,000 people are in an alarming humanitarian situation.

These people, most of them women and children, have been on the move since March this year, when they were forced to flee extremely violent clashes between a local militia and national security forces, as well as the inter-ethnic violence affecting the neighbouring region of Kasai. They have found refuge with host families, in churches or in schools, where their situation remains extremely precarious.

"When they arrived here, those families who had nowhere to stay crowded along the banks of the river Kwilu, or found shelter in shop doorways, where they spent the night on the ground," Dudu Musway, regional president of the Red Cross Society of the Democratic Republic of the Congo, explains. "Some of them were suffering from diarrhoea, typhoid or digestive problems."

The intensity of the fighting took these parents and their children by surprise; in fleeing the violence, they travelled for two or three weeks, covering more than 300 kilometres, mostly on foot. "I was appalled to see a woman and her naked two-week-old baby wandering the streets looking for food," says Fortunat Osuth, a teacher at Kagwa secondary school, one of the main Catholic schools in the town. He was among the townspeople who alerted the local authorities when the first families started arriving from Kasai.

Shocked by the brutality they witnessed, the women are psychologically scarred. "They have been through a deeply traumatic experience," explains Anièce Kiyungu, a member of a local women's association. "Some of them saw their husbands being decapitated, their children's throats being cut."

The degree of solidarity among the families, the efforts of the humanitarian organizations and the input of the town authorities have been welcomed by the people in need, although the town managers were quickly overwhelmed by the mass influx of displaced people. Says deputy mayor Jean-Claude Mungala: "When they first arrived in March we began, with the help of community leaders, to register them in order to be able to accommodate them better, but the situation quickly became unmanageable." 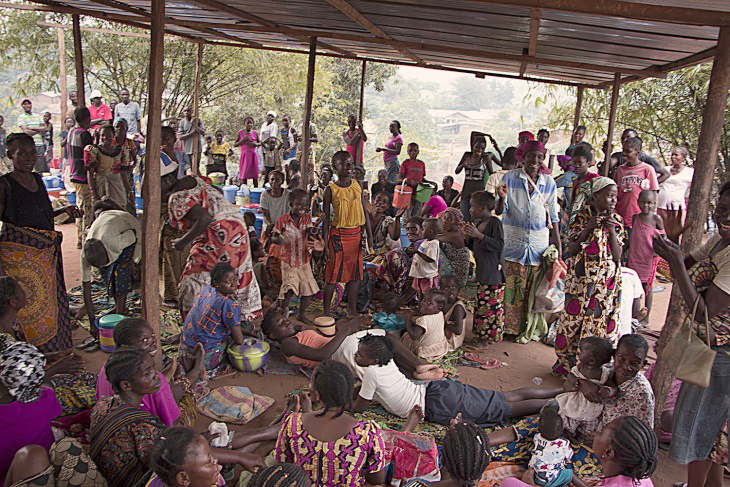 Finding shelter is a challenge for the displaced people. Many families have to live cheek by jowl, even sleeping on the ground. CC BY-NC-ND / ICRC

The DRC Red Cross and the ICRC worked together to provide humanitarian assistance, in two phases: first, an emergency distribution of hot meals, followed by financial aid for households to bolster their resilience.

"Supervised by Red Cross volunteers the displaced people organized cooking and distribution of food for almost 9,000 people every day," says Calvin Mastaki, head of the ICRC team in Kikwit. "Kindhearted locals let us use their land to set up six collective kitchens."

Ezéchiel Kandomba, director of studies at the Pungu Institute, a local school, continues: "These meals were a great help, a light on the horizon for these families." Mr Kandomba had contributed piece of his land for one of the kitchens. "I did it out of compassion," he declares.

Cash as a means of self-sufficiency

The provision of financial assistance was organized via the local branch of a bank. Each family received an ID card, which allowed them to withdraw cash.

"The aim of this monetary support is to give the displaced people the means to cover a significant proportion of their essential needs and, if appropriate, help them set up a small business to generate revenue and so have some degree of autonomy," explains Bruno Mesureur, the ICRC coordinator in charge of this programme.

Luzolo, a mother of two children and pregnant with her third, vows: "This money will be used, first and foremost, to clothe us. I have worn the same clothing since I arrived in Kikwit, and my children don't have any. After that, I think I'll buy charcoal to trade in it." Like Luzolo, members of several thousand other families intend to use this monetary assistance to get their lives back on track after the trauma they have been through. 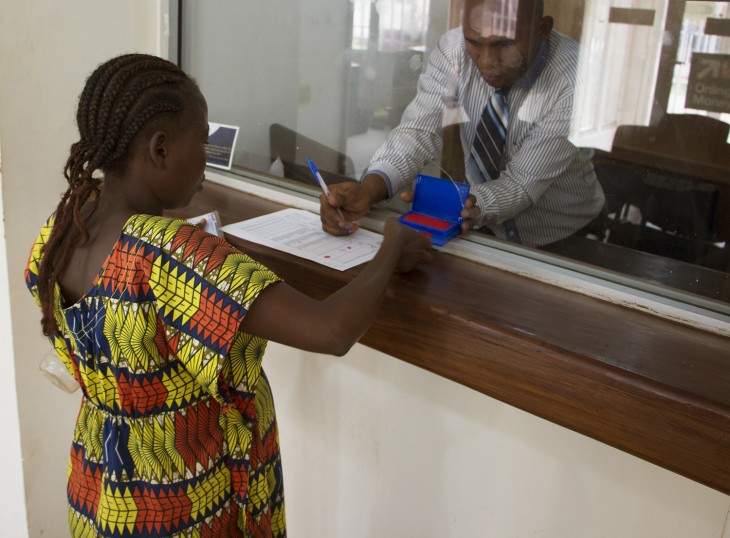 The problems and extreme violence in neighbouring Kasai have forced more than a million people on to the roads. The ICRC and the DRC Red Cross are currently helping 29,000 people in Kasai-Central and Kwilu provinces and are about to forward more assistance to displaced people and those returning home.