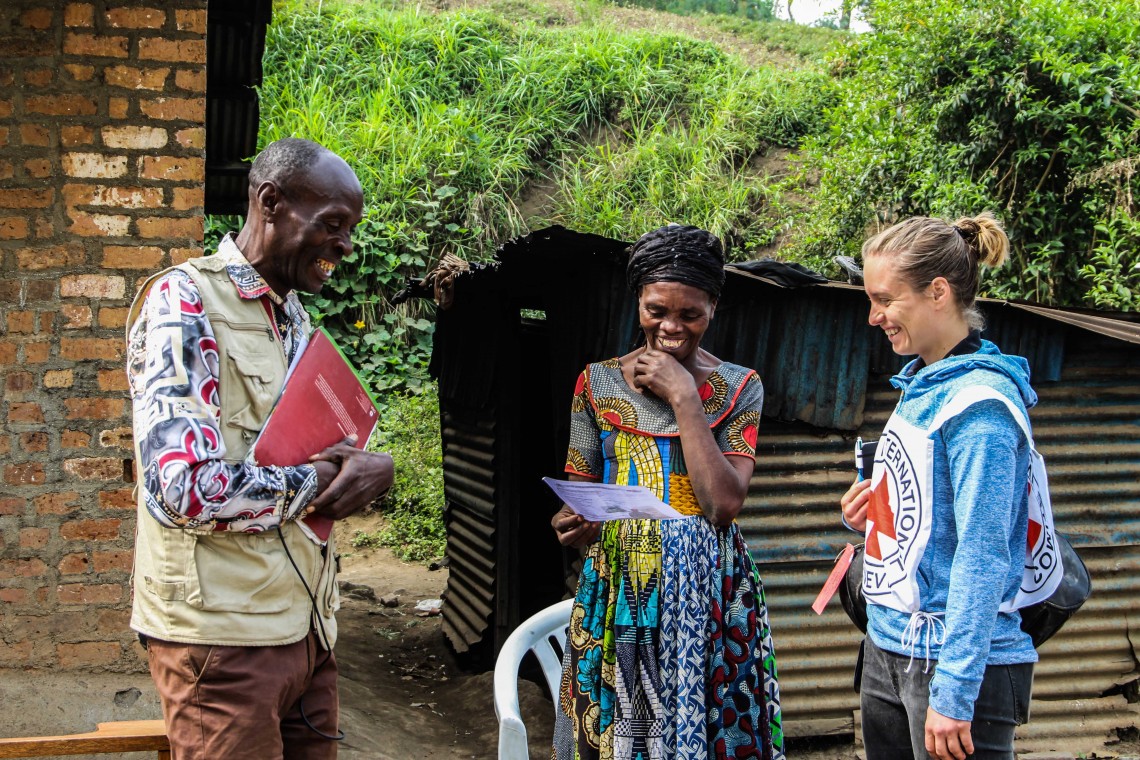 Democratic Republic of the Congo / Rwanda: Zawadi finds her parents 25 years after genocide

Zawadi* was just a child when she fled the Rwandan genocide in 1994, losing all contact with her parents. After 25 years without news, she had almost given up hope. But with our help, she finally found them.
Article 24 December 2019 Democratic Republic of the Congo Rwanda

Zawadi fights back tears as she clutches a letter to her chest. There's a photo of her parents on there and she can't bring herself to put it down. "They've aged a lot, but I'm just so happy to see them again," she says. "I thought they were dead."

She was just eight years old when the genocide forced her to flee Rwanda. She ended up in a refugee camp in the North Kivu province of the Democratic Republic of the Congo (DRC). But epidemics and massacres made it dangerous to stay there, so she tried to find a way to escape.

Eventually, a woman managed to smuggle her out in a bag. She took Zawadi to her village, near the city of Goma. Nestled in the hills of Masisi territory, this village became Zawadi's home as she grew up and later married. She and her husband started a family of their own, having eight children altogether. Sadly, her husband then fell ill and died, leaving Zawadi on her own. "I thought the only family I had left was the woman who helped me escape the camp and raised me," she says.

At the age of 33, Zawadi's life took another turn. She happened to meet some Red Cross volunteers as they were passing through her village. Equipped with digital tablets, they were offering to help people find loved ones with whom they had lost touch.

I told them my story and, two weeks later, they came and knocked on my door again

The volunteers had tracked down her parents in Rwanda. They handed Zawadi a message from her parents, with a photo attached: the first contact in 25 years and absolute proof that they were alive.

"My children can finally meet their grandparents," she says, visibly moved.

"Families still hold out hope of finding their loved ones, despite ongoing conflict and decades of silence," says Sonia Maria Komenda, who manages our restoring family links programme in North Kivu. "It's incredible to see how life-changing something as simple as a message, photograph or phone call can be."

Previously, Red Cross messages between separated family members took the form of physical letters. But delivery could be complicated and slow, especially in isolated areas, and sometimes families would be waiting for up to six months for a reply. With these digital tablets, we can help put people in touch with each other in a matter of days.

We started using this technology in November 2018, in close cooperation with the Red Cross societies of the DRC and Rwanda.

In 2019, over 2,000 electronic Red Cross messages were collected and distributed in this way.