Nutrition and survival in Kasai 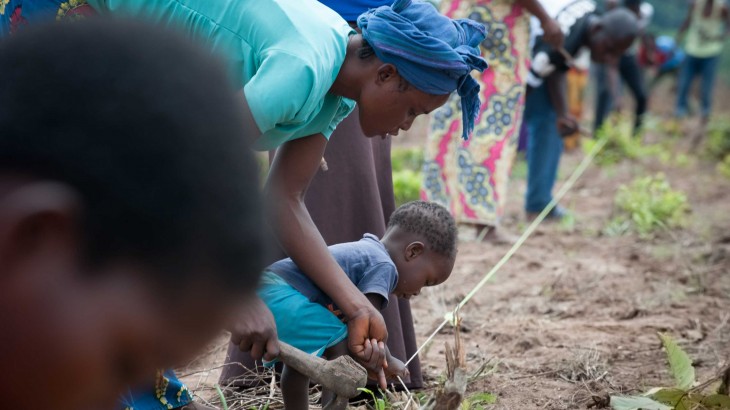 Farmers learn how to clear the fields, plough and sow in line to increase their yield in Kasai-Central. CC BY-NC-ND / ICRC / P. Yazdi

Over a million people have been displaced by serious violence that has been going on for nearly two years in the Kasai region of the Democratic Republic of the Congo. Far from home, and no longer able to grow their own food, many are going hungry. There are now cases of acute malnutrition among children under five. But there are signs of hope.

It's difficult to imagine that, until a few months ago, villages like Kamenga in Kasai-Central Province were completely deserted. Security in the area is, however, now gradually improving, and there are signs of life getting back to normal – people are riding along the forest paths on motorcycle taxis or on bicycles, laden with sacks of charcoal, wood and building materials.

Food shortages, however, remain a pressing issue. "We are hungry because there's not enough food. We're too weak even to pick up a hoe," says Emmanuel, chief of Kamenga.

In the village of Tshikaji, nurse Thérèse Baswa is in charge of the child nutrition programme at the local health centre. A pot of water boils on glowing charcoal as she prepares a mash of maize, soybeans and powdered moringa, a nutrient-rich plant, while mothers sit with their children on their laps, waiting quietly. 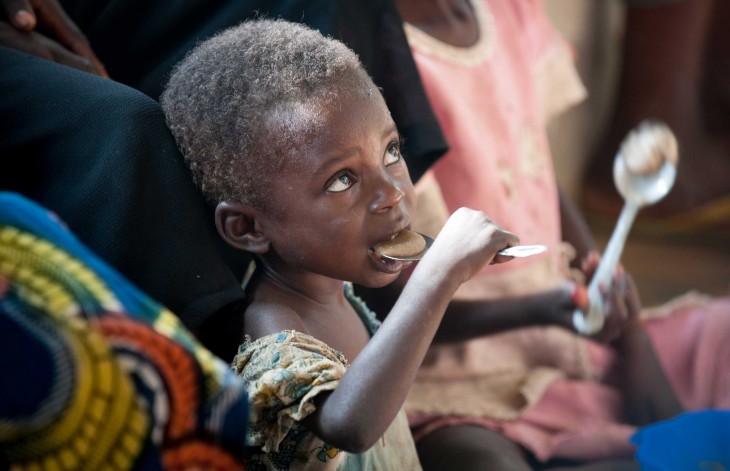 In a health centre in Kananga, Kasai-Central. These children are feeding on a nutritional porridge that contains all the dietary requirements necessary to stay healthy. With this diet, they do not need meat or milk. CC BY-NC-ND/ICRC/P. Yazdi

Another nurse weighs an alarmingly thin boy, and measures the length and diameter of his arm. "It's the first time that this family has come to the centre," he says. "Not everyone knows about the nutrition programme yet."

As Thérèse dishes the mash into blue plastic cups, two assistants hand them out. "These children have come back from hiding in the bush," she says. "The children are often under five, severely malnourished and suffering from oedema [swelling caused by fluid retention] in their arms and legs. They are very thin."

Between May 2017 and January 2018, more than 300 malnourished children under five were treated at the health centre. Every morning, Bertine brings five of her seven children there. "I've seen a real change in the last two weeks. They're gaining weight," she says. Before the violence broke out, she had been living in the city of Tshikapa, 250 kilometres away. She and her husband now rent a small house in the village, but they are finding it difficult to feed their family. "I help out in the neighbourhood. I earn 1,500 Congolese francs* a day gathering and selling wood," she says. "My husband makes mud bricks but earns barely 1,000 francs a day. With that, we can buy only a little corn flour and cassava flour for our children."

Although displaced people started returning home at the end of 2017, many still live among host communities because of ongoing ethnic tensions. This puts the host families in a difficult situation. In Kananga, Daniel shows us the three small rooms built on his plot adjoining a church wall. "There are 22 of us living in my home – my family and the people we took in following the unrest."

His wife Joséphine adds, "There are too many of us. We hardly eat because we have so little money. My son buys petrol in 20-litre cans and sells it for a profit. We get by with the little that he makes." 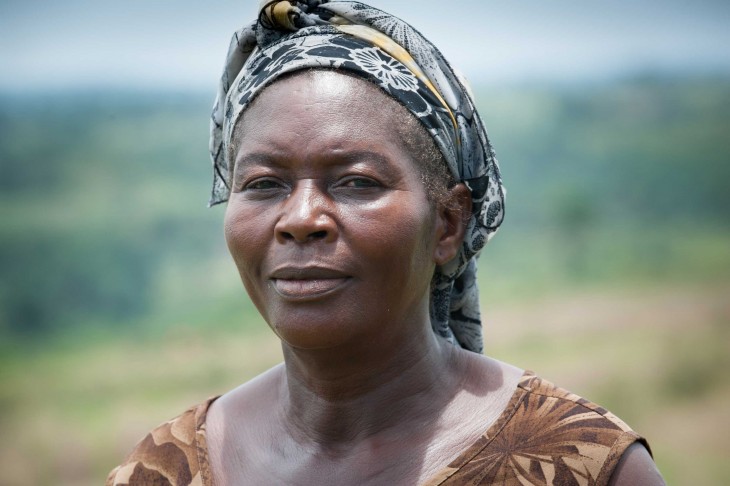 Joséphine, Daniel's wife, remains hopeful for a better future. She is optimistic about starting a new growing season with the help of the ICRC. CC BY-NC-ND/ICRC/P. Yazdi

Joséphine and Daniel's household is among those given assistance by the ICRC, in collaboration with three farming associations, to start farming again on the outskirts of Kananga. In 2017 the families were provided with farming tools and maize, bean and soybean seeds, and land given by local chiefs.

Families in cooperatives have an equal share of the harvested produce. "Our cooperative has already grown 250 kilograms of beans. That's only a little over two kilograms per family, but it's a start. Eventually, we'll be able to feed ourselves and set some of the harvest aside," says Joséphine. 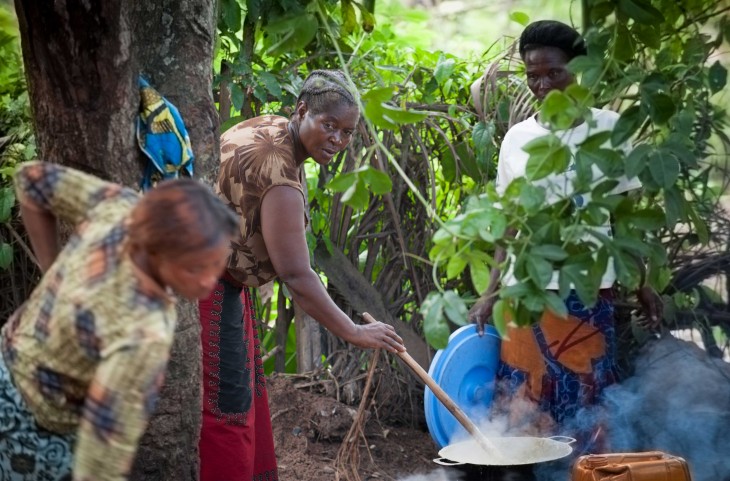 Daniel and Joséphine's household prepare food for the members of their farmers' association. United, they prepare a hot meal for everyone and eat together after working in the field. CC BY-NC-ND/ICRC/P. Yazdi

Despite these small indications of progress, the consequences of the violence remain concerning. "Even before the crisis, living standards in these communities were already low. The trauma of violence, displacement and above all the suspension of economic and farming activities have left people utterly destitute," explains Francine Roy, head of the ICRC's office in Kananga.

Given the precarious security situation and major logistical difficulties, what the future holds for the people of the Kasai region remains unclear.

Since opening an office in Kananga in July 2017, the ICRC has: