From fields of green to fields of rubble in Ghouta 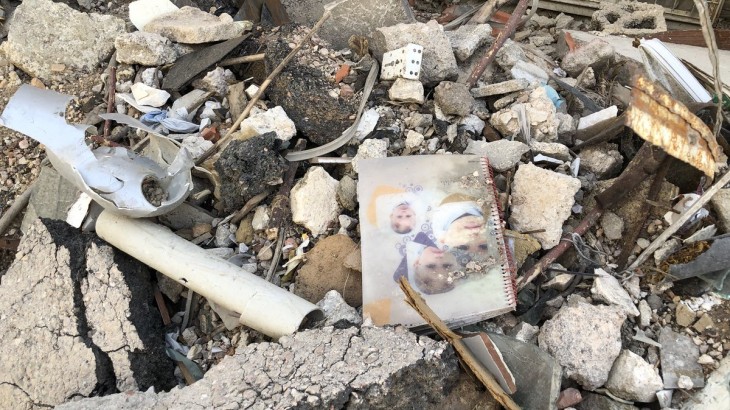 Ghouta means "fields" in Arabic. It was an agricultural region, supplying food and furniture to Damascus and other parts of Syria.

Now it's fields of rubble, concrete and twisted metal. The contrast is stark - from cafes and bustling city life of Damascus you only need to drive ten minutes to find death and destruction.

The scale of it is impossible to describe - you have to see it. I was travelling there with ICRC Director of Operations, Dominik Stillhart. He said he hadn't seen anything like this in his 27 years of work at the ICRC.

I've seen this type of destruction once in my life - in Chechnya, but that was many years ago. 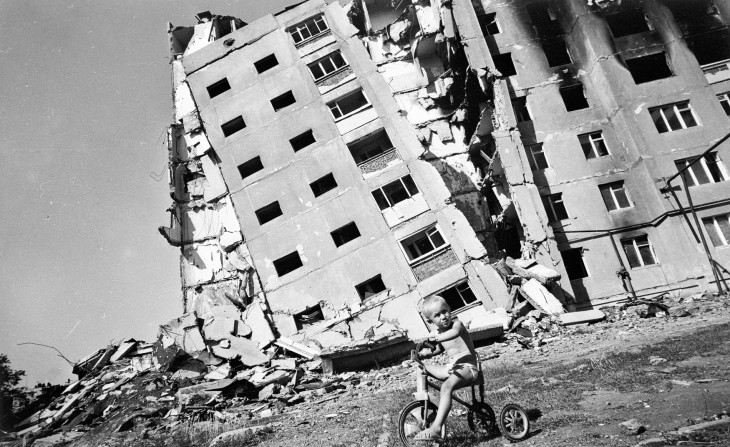 You can only start imagining how much time it will take to clear the rubble – probably hundreds of thousands of tonnes worth; and in this rubble one may find all sorts of unexploded ordnance. Children and adults alike are maimed and killed on a daily basis across the country.

"We need demining more than food and water," said one resident.

In #EasternGhouta today. I’m simply overwhelmed by the sheer scale of destruction here. And yet people are starting to come back! There is so much to do and people will need support more than ever. #Syria pic.twitter.com/alLpQEX882

We were told a story from just a few days earlier where an entire family was blown up by unexploded munition while working in the fields.

A volunteer from the local branch of the Syrian Arab Red Crescent showed me what's left of the local school. It had a rocket stuck in the corner.

When we enter Harasta, it's all silent. It is a shell of former self - gutted and empty. No buildings are undamaged.

"We spent last year in the basements. Now we live on the ground floor - but there is no roof. How are we going to get through the winter?"

A cloud of anxiety hangs in the air: What will the future bring? Will my kids go to school? How can I rebuild my house? What will I eat tomorrow?

"I came back to Harasta, as I could no longer live in the place where we fled to," said a woman we met. "My house is destroyed. I am renting a small apartment here, and my brother is sending me money from Iraq. I don't know how we will make ends meet. I don't know how to get through the winter."

It's striking - and terribly sad - to see signs of a life that is no longer there: a photograph, old tape, a shoe. There are all these fragments of stories you will never hear, as you don't know what happened. And you never will.

At the same time, you see people start to go back to life - bit by bit - there are some street shops, a pharmacy, an olive orchard and patches of green behind it. It feels serene and surreal compared to the surrounding destruction.

A staggering level of destruction.

None were spared in the fight.#Media: Take a look inside Eastern Ghouta today and download the latest footage: https://t.co/QZUFLt9kaU pic.twitter.com/hmOFHbB53d

What stays with you is also all the things you don't get to see - life behind the closed doors.

The thoughts and dreams of a boy who works sweeping tables, as there is no school to go to; the fears of pregnant women who have to go for elective C-section, and who need to make sure they are in hospital when it's quiet; the sleepless nights of mothers of tiny babies who come to the world so small - and have to fight so much more than babies in European hospitals.

I can't even begin to imagine the levels of anxiety and stress these people experience on a daily basis.

How do they look towards the future when all they can think of is surviving the present?