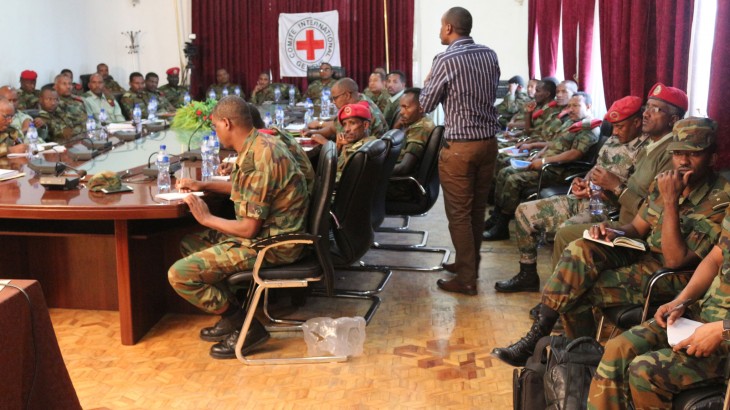 Addis Ababa: 40 army officers were trained on basic principles of international humanitarian law (IHL) and international human rights standards at a three-day seminar conducted in Addis Ababa from 29 to 31 October 2019. The officers were drawn from Special Operations Force with the Ethiopian National Defense Forces (ENDF), tasked to ensure law and order in times of the emergence of violence.

Integrating the law of armed conflict into military operations, command responsibility, peace support operations and IHL and use of force in law enforcement operations were among the major topics discussed at the seminar.

"As members of the Special Force Operation are engaged currently in ensuring law and order in areas where conflict exists in the country, this and other relevant trainings provided so far will be an important input in discharging their mission effectively," said Bir. General Mulat Jeldie, deputy commander for Human Resources and Services of Special Operation Forces Headquarter. 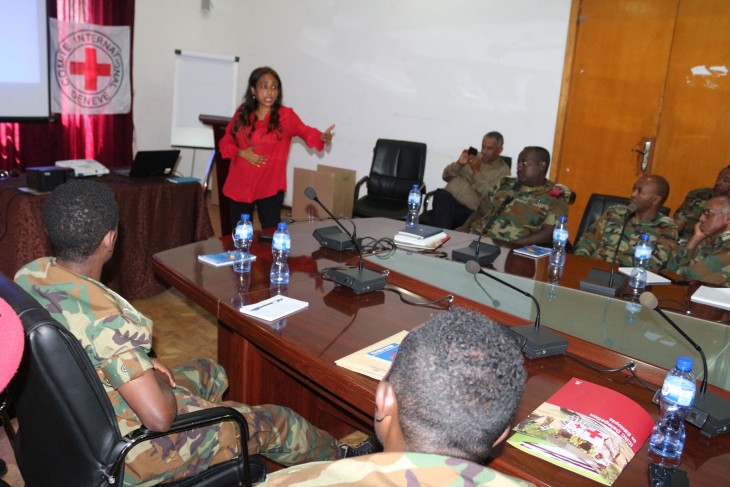 Participants listen to a lecture on the use of force and firearms during the seminar. Alemayehu TAKELE / ICRC

Lt. Colonel Wolderufael Arefaine, Justice Group Head for Special Operations Force Headquarter, is one of the participants. "As civilians are directly affected by the consequences of armed conflict, enhancing army officers' IHL knowledge and ensuring respect of the law the law by them are highly instrumental in ensuring the protection and dignity of civilians, " he noted. "The seminar has paramount importance in developing the participants' professional careers for better implementation of IHL."

Lieutenant Mehari Ashebir, another participant said, "Our department also does law enforcement works along with police forces in places of public disturbances. Thus, the training has helped us to understand well the significance of observing strictly the principles of legality, necessity and proportionality while using force in such situations."

The participants also learned about the ICRC's activities aimed at enhancing the protection of civilians, its working modalities pertaining to visits of places of detention, and its role as a neutral intermediary in armed conflict situations. 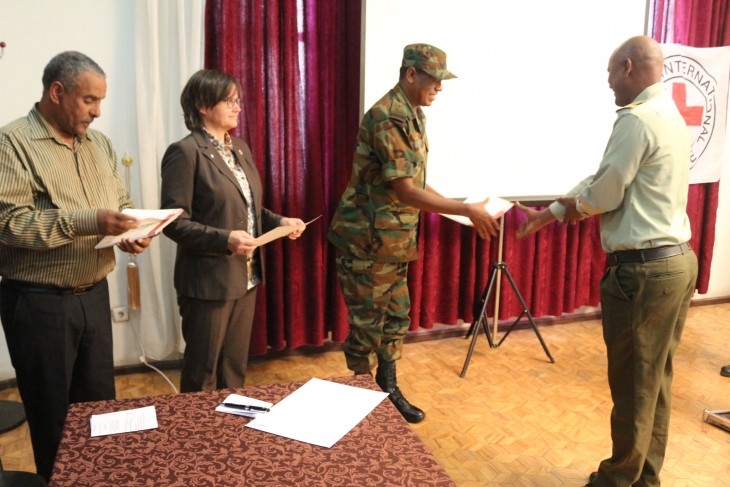 General Mulat (right, wearing military uniform and hat), along with Katia Sorin (centre), and deputy head of the ICRC delegation in Ethiopia, handing over certificates to participants. Alemayehu TAKELE / ICRC

While emphasizing the importance of the training, most of the participants expressed their commitment to share the lessons they acquired from the seminar to their colleagues.

Formally entrusted under the Geneva Conventions and their Additional Protocols with protecting the victims of armed conflict and promoting IHL. In Ethiopia, the ICRC has been working with the Ministry of Defense and the armed forces to strengthen their knowledge of the laws of war, and other situations of violence.