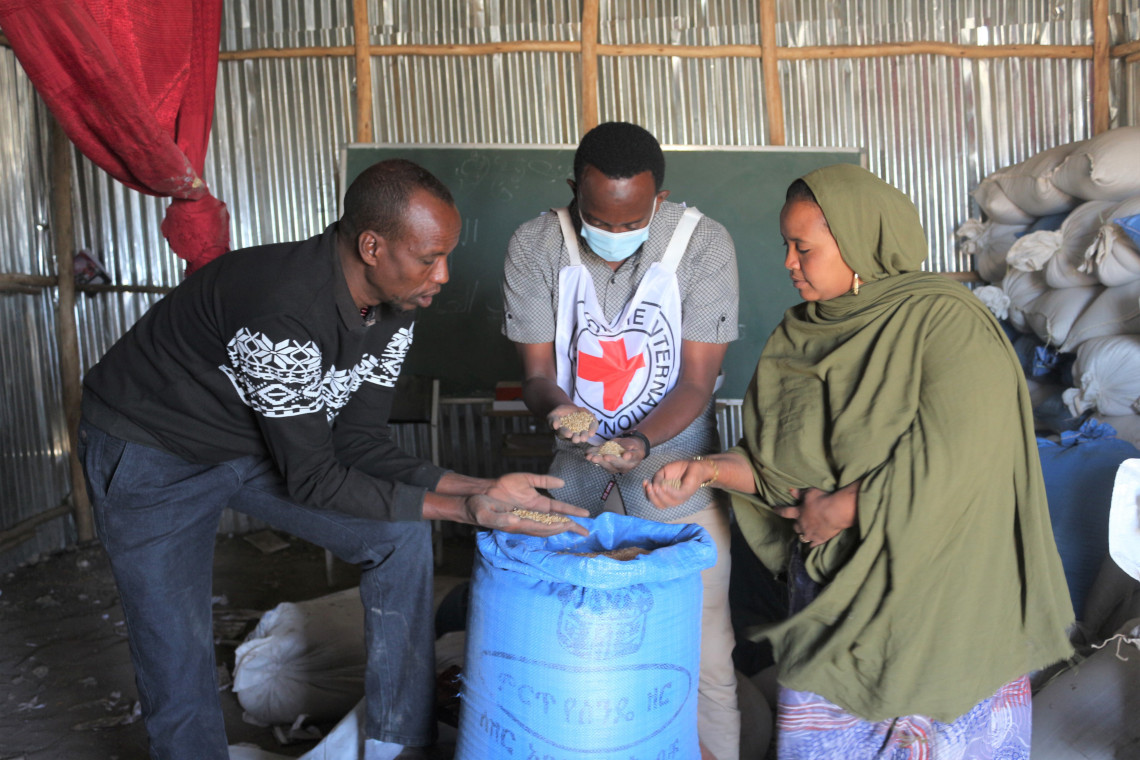 On a particularly sunny morning with the wind high upon the horizon, the town of Tuliguled, which is situated 30 km from Jijiga, the capital of the Somali region, is just waking up. Ready to start the day, 35-year-old Tufah, is getting her coffee shop ready for customers before heading out to the storage of the cooperative she leads.

It is called Bilen cooperative. It is an organization that is owned and run jointly by its members, who share the profits or benefits and Tufah is the chairwoman. It was formed four years ago in Tuliguled. Together with 12 other women, Tufah shares a parcel of land and other resources such as equipment, new farming techniques, ideas and access to services.

"Bilen means motivation, we wanted to make our lives better and provide to the society, that's why we created the cooperative," Tufah says. 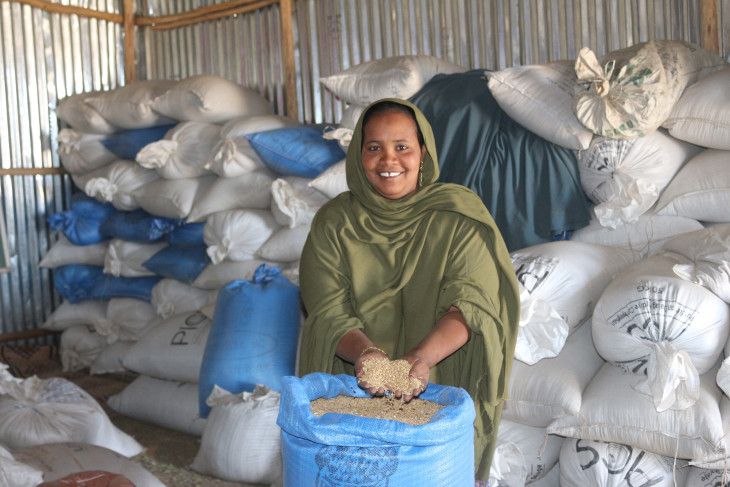 Tufah, Chairwoman of Bilen Cooperative smiles as she shows the wheat seed that was harvested by her cooperative, Tuliguled, Somali Region, 2022. Wongel Tamene/ICRC

For more than 5 years, people from the region have been impacted by the conflict, making their movement to engage in economic activities extremely difficult. Tufah recalls how challenging it was for her and other women to move freely, particularly because of their gender.

'"Our cooperative used to bring vegetable products from other areas in the region like Gebagebo and the Amhara region as well and distribute them to other municipalities but we stopped doing that when the conflict started, especially because, as women, we were afraid for our safety,'' she explains.

"The conflict has eased in the past two years, so the cooperative is getting back on its feet," Tufah adds ''It is relatively easier to move around now, so we have started producing and distributing wheat seeds to our community.''

In addition to providing essential products, such as basic and quality wheat seeds to the community Bilen cooperative has allowed women to secure a steady income for themselves and their families and plan more ambitious projects.

''With the support of the ICRC, our capital has increased a lot, in comparison to having nothing when we started, and we plan on expanding our business by purchasing another land,'' Tufah adds.

Many people came together and opened their cooperatives in the Oromia region, like Abdi Salam Ibrahim, a father of five, who launched Misome Igu. Like Tufah, he and his family have faced challenges because of the ongoing conflict in the region.

''I used to sow the land and wait for harvest, but it didn't matter how hard I worked it would get destroyed,'' he recalls with sadness, sitting in his store in Chinaksen, 29 kilometres away from Jijiga. 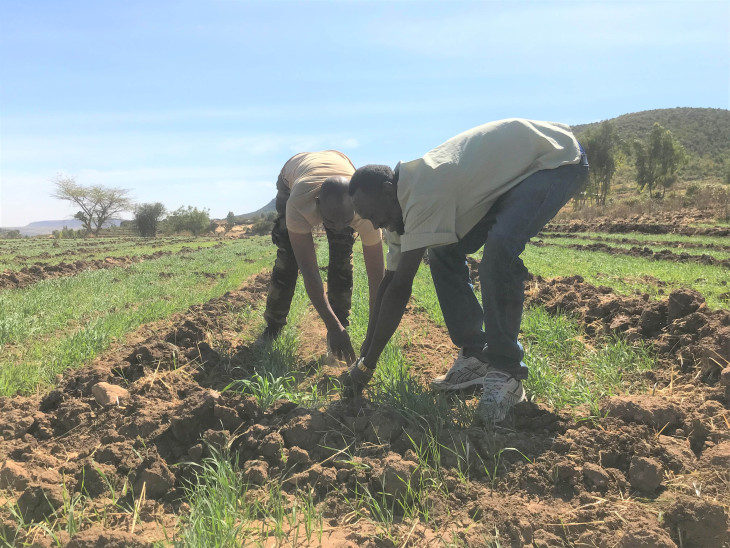 Abdi Salam Ibrahim (in front) working on his farm alongside his friend, who is also a member of the Misome Igu cooperative. Chinaksen, Oromia region, 2022. Henok Birhanu/ ICRC

Even after joining the Misome Igu and becoming its chairman, it was still hard for Abdi to improve his livelihood because of the conflict, but with the guidance and support of ICRC and Haromaya University along with the cooperative's resilience, he pushed on. ''I had to be strong for my family, so despite the hardships and my hard work being destroyed I had to keep on'' he says.

Today, the 32 members of the Misome Igu cooperative are working on seed multiplication. They multiply wheat and sell them to nearby kebeles.

''The idea behind this support is to help them increase the sales of agricultural products by multiplying the seeds and making them available to farmers,'' says Merick Freedy Alagbe, head of ICRC sub-structure in Jigjiga.

"Farmers tell us how happy they are to see sustainable results and to shape their future," he adds.

Through its economic security program, the ICRC in Ethiopia is supporting 11 cooperatives in Somali region and 9 cooperatives in East Hararge, Oromia region, providing technical support through the seed enterprises of each region.