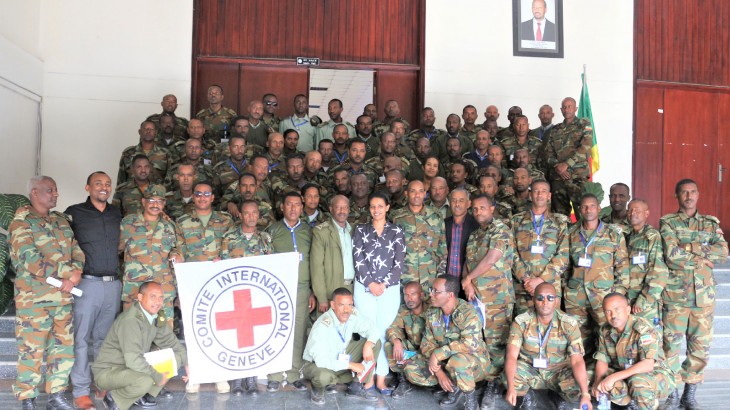 On 6 November 2019, ICRC in collaboration with the Defense Command and Staff College, has conducted a one-day training on International Humanitarian Law (IHL) to 75 high-ranking trainee military officers of the college. The training was offered as part of the curriculum of the college.

The training session addressed the evolution and applicability of IHL, similarity and differences between IHL and Human rights, enforcement of IHL, and introduction to the newly released guidelines on investigating violations of IHL.

In his remark to the participants, Colonel Abebe Haile, deputy commandant of the college reminded the trainees to use the knowledge gathered during the training to foster the practical implementation of IHL and international humanitarian principles. "It is important that the messages don't just stay with you and are transferred to officers and others you lead", Colonel Abebe added.

Major Mastewal Abate, one of the trainees, said, "The training gave me a better insight into the proper treatment and protection of prisoners of war and civilians." 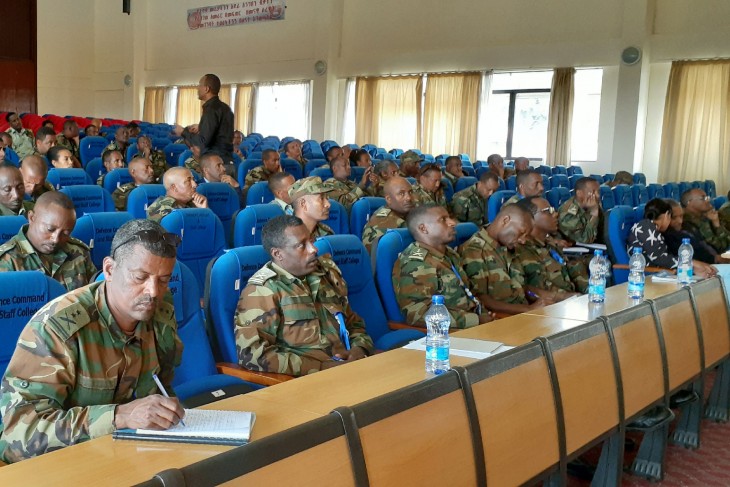 Participants attending the lecture on the applicability of IHL. Henok BIRHANU/ICRC

Major Aden Isack, another participant of the training explained, "The training helped to further strengthen our understanding of IHL and other mandatory regulations applied during the times of war. It also offered us a very good opportunity to discuss some features of military guidelines that are aimed at instituting accountability for IHL violations."

Both Major Aden and Major Mastewal suggested that due to the changing nature of conflicts over time, it is important to regularly conduct similar training programmes to the military.

Eyerusalem Teshome, Law and Policy Adviser at the ICRC, commented: "These kinds of forums with senior officers are key since they foster engagement on the basis of practical experience. They may also pave the way for further improving the curriculum of the college. It is encouraging that the training was well received by the College."

The ICRC in Ethiopia collaboratively hosts discussion forums and training programmes to strengthen understanding among and remind the military of their obligations in respect of the implementation of IHL and universal humanitarian principles.