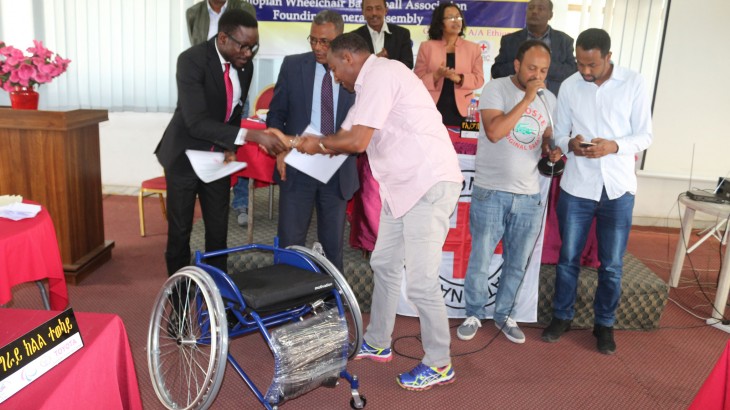 "The ICRC has a significant contribution for establishing Ethiopian Wheelchair Basketball Association (EWBA) by providing the necessary material and technical support," remarked Alem Gebremaskel, president of the Ethiopian Paralympics Committee.

The president made this statement at a General Assembly marking the founding of EWBA held in Addis Ababa on 6 October 2019.

"Its (ICRC's) continuous support comprising mainly basketball wheelchairs and relevant trainings, has led to the establishment of the association while enabling hundreds of persons with disabilities (PWDs) across the country to enjoy benefits from the practice of wheelchair basketball," the president added.

The ICRC also donated 170 wheelchairs along with their spare parts to EWBA during the stated event bringing the total number of basketball wheelchairs it provided so far in support of PWDs to 350. 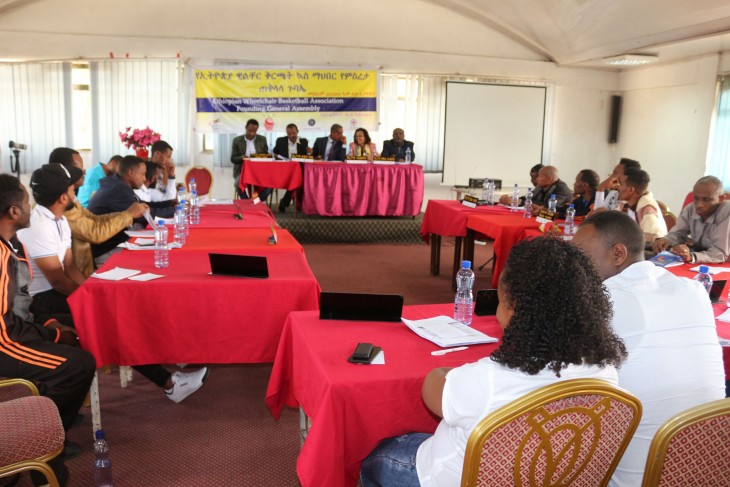 "Wheelchair basketball formally started in Ethiopia in 2014 and placed the ICRC and Ethiopian Basketball Federation (EBF) in a very fruitful partnership," remarked Julien Lerisson, head of the ICRC delegation in a statement read to the founding conference through his representative. "We hope the EWBA will provide the national framework to lead and develop this sport further as well as create a national team that will represent Ethiopian in international events," he added.

The basketball wheelchairs, which were donated with an aim of expanding and promoting wheelchair basketball game in the country and to allow more PWDs to enjoy playing and having the opportunity for socializing, will be distributed among six regional Paralympics committees existing in six regions, according to Solomon Berhanu, a physiotherapist working for the ICRC.

The president, vice president and executive committee members of the Association were elected during the Assembly.