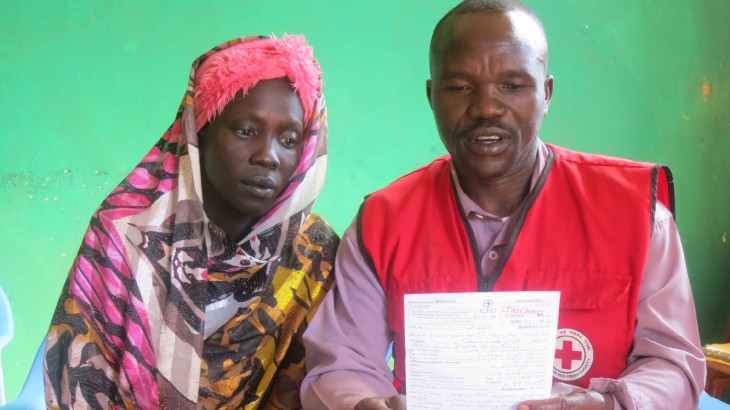 A Red Cross social worker reads a letter to Suada from her sister at a refugee camp. Photo: Simon Abrham / ICRC

Suada fled from her home in Sudan to Ethiopia in 2013 due to the armed conflict that broke out in her country.

Fortunately, she and her family (her children and husband) reached a refugee Camp in western Ethiopia unscathed where they live now. But the armed conflict which claimed the lives of many and displaced many others separated her from her sister and father. For over six years, she heard no news of them and had no clue about their whereabouts.

Suada didn't expect that she would ever hear from them. But she actually did, thanks to the family links service of the Red Cross which traced her and delivered a letter from her sister.

"I didn't know whether my father and sister were dead or alive. I was dying to know their status but to no avail," says Suada in reminiscence of the torment she has suffered from the pain of separation. "I was extremely happy to hear from them," she adds.

In 2018, the ICRC delegation in Sudan informed ICRC Ethiopia delegation that Suada's sister, who lives in Sudan, was looking for her. With this tip, the tracing team from the ICRC and the Ethiopian Red Cross Society (ERCS) located Suada and gave her the letter in the form of a Red Cross Message that was written by her sister. Suada received the message and wrote back to her sister through the help of the Red Cross on 4 December 2019. 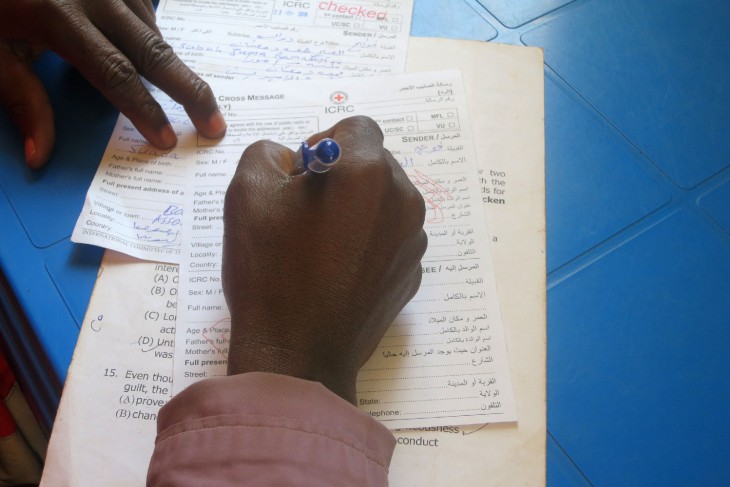 The ICRC strives to restore family links (RFL) between members separated by conflict and violence around the world. In Ethiopia, the RFL activities focus among others on re-establishing links between family members of refugees, migrants and internally displaced. South Sudanese and Sudanese refugees sheltered in Gambella and Benishangul regions are among those who continue to benefit from the RFL service through the exchange of messages and free phone calls.