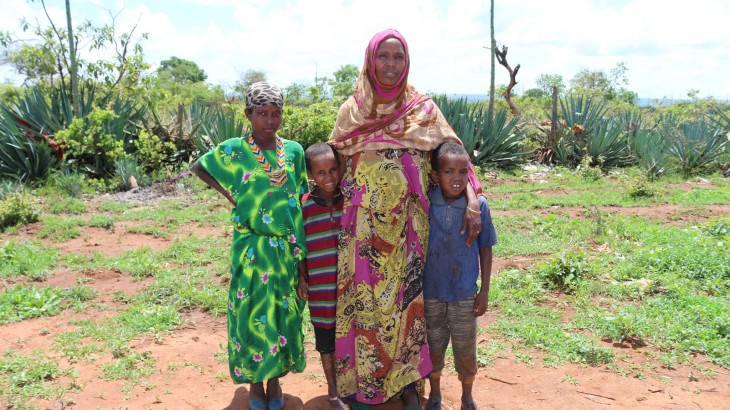 Aysha Ibrahim is a mother of ten children who lives in Darolebu district, an area located in eastern Ethiopia, where ethnic Oromos and Somalis live alongside one another. The 42-year-old is among the over 8,433 households displaced by ethnic violence that occurred in December 2017. Aysha, who lost her husband as the result of the violence, is one of the recipients of emergency assistance provided jointly by the International Committee of the Red Cross (ICRC) and Ethiopian Red Cross Society (ERCS) following the violence.

"We lost everything we had all of sudden," said Aysha. "Our home, along with our properties, was burnt. Our goats were stolen. My kids and I were left with nothing. The Red Cross restored our hope by fulfilling our immediate needs."

In response to the emergency situation, the ICRC and ERCS jointly distributed blankets, sleeping mats, woven plastic shelters, jerry cans, cooking utensils and soaps to 8,433 displaced people helping an estimated 50,000 family members in Hawigudina and Darolebu woredas of West Hararage zone, according to Jean Pierre Soumah, an agronomist working for the ICRC.

Abdulahi Mulugeta head of a local administration (Tao Kebele), said the Red Cross was the first organization to respond to the emergency situation. "If it were not for the Red Cross, it would have been very difficult for us with a limited capacity to mitigate the effects of the violence on the displaced people," he added. 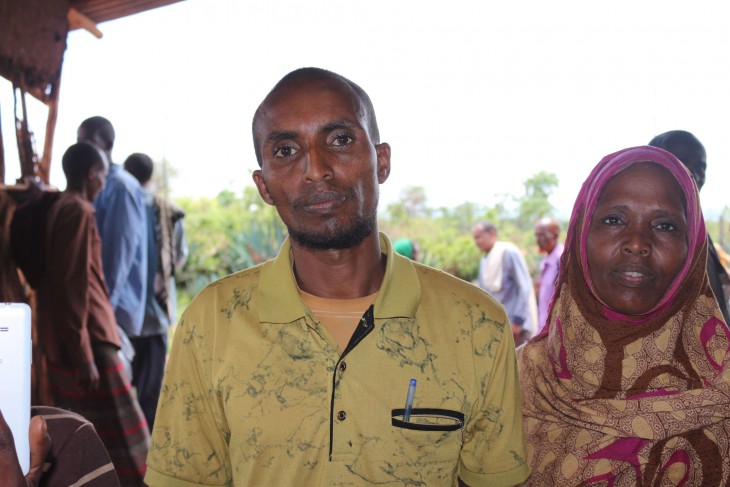 Kedir Ahmed,* a father of three children, is a resident of an area called Korke within Hawigudina woreda. He also benefitted from the help provided to the displaced people. "We do not get cold anymore as we now have a plastic roof over our head and blankets to use. We are no longer thirsty as we have jerry cans to fetch water. Thanks for those who gave it to us. If it was not for the (the providers), our life would have been miserable," said Kedir.

The ICRC, together with ERCS, has also planned to distribute farming tools and seeds to the same number of households affected by the violence in June this year (to be used in the next Meher season). This assistance (tools and seeds) to the members of the community is aimed at restoring their livelihoods.

Ethnic Oromos and Somalis in areas along the border between the two regions, who are mainly agro-pastoralist communities, have often been involved in violence linked to the land suitable for grazing and cultivation, as well as access to water point. The violence has left hundreds of people dead and as many as 700,000 others displaced, according to official figures. 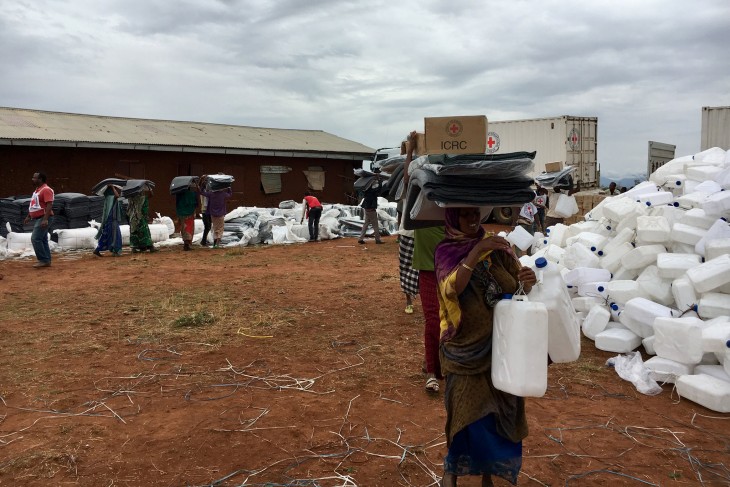 In its economic security program in Ethiopia, the ICRC, in partnership with the ERCS, provides assistance mainly to people affected by inter-communal clashes, as well as engaging in dialogue with relevant authorities to sensitize them as to the needs of displaced people and about efforts to protect health centres and allow the circulation of ambulances transporting the sick or wounded.