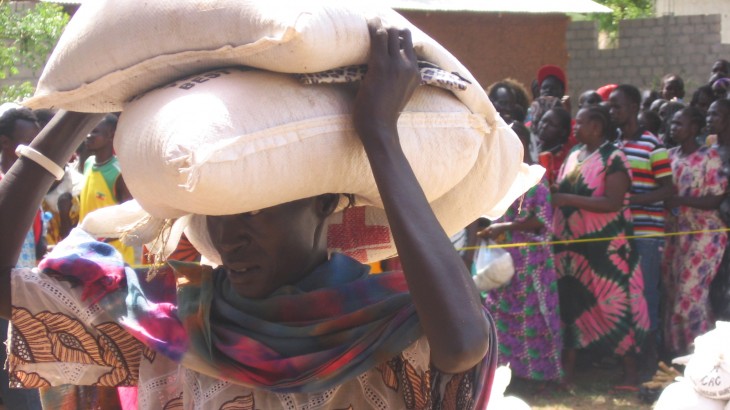 Gambella, Ethiopia. A woman who has been hosting South Sudan refugees in Gambella carries away the seeds she has just received from the Red Cross. CC BY-NC-ND/ICRC/Newland Gatckoch

Since the beginning of the crisis in South Sudan, more than 200,000 South Sudanese have moved to Ethiopia, where the ICRC and the Ethiopian Red Cross have distributed seeds and tools to over 16,000 people supporting South Sudanese refugees in Itang Woreda, Gambella.

Relief supplies have been provided to communities living in Wankey, Ashwa, Pullkot, Ware, Watgach and Fukumo. "These communities share their meagre resources with the refugees," said Pierre-Francois Grange, ICRC delegate in charge of relief. "Our support will help them to increase agricultural production and feed themselves."

According to the United Nations Refugee Agency (UNHCR), Gambella currently hosts 199,000 South Sudanese refugees who fled to Ethiopia after fighting broke out in South Sudan in 2013. Around 3,000 of these refugees are sheltered in neighbouring Benishangul-Gumuz region.

One of the beneficiaries, Gecha Agor, who has seven mouths to feed, said: "The seeds and tools are the first of their kind to be given to us and will have a great impact on our life. I think that we will get a good harvest that will provide us not only the food we desperately need but also cash crops."

"My family will not starve"

"I had no seeds to cultivate for the next season because I had no choice but to use the seeds I got from the previous harvest to feed my family. So I am very happy with the supplies, especially with the seeds, as my family will not starve," said Nyachang ng Wiw, a mother of ten children.

The 767 quintals and more of sorghum and maize that have been distributed are suited to local needs and climate conditions, according to Umed Eukuye, head of programmes of the Ethiopian Red Cross in Gambella.

Besides the support to the local communities, in 2014 the ICRC and ERCS supplied essential household items – blankets, tarpaulins, kitchen sets, sleeping mats and jerrycans – energy-efficient stoves and firewood to more than 15,000 vulnerable South Sudanese refugees in Leitchuor camp, Gambella region. 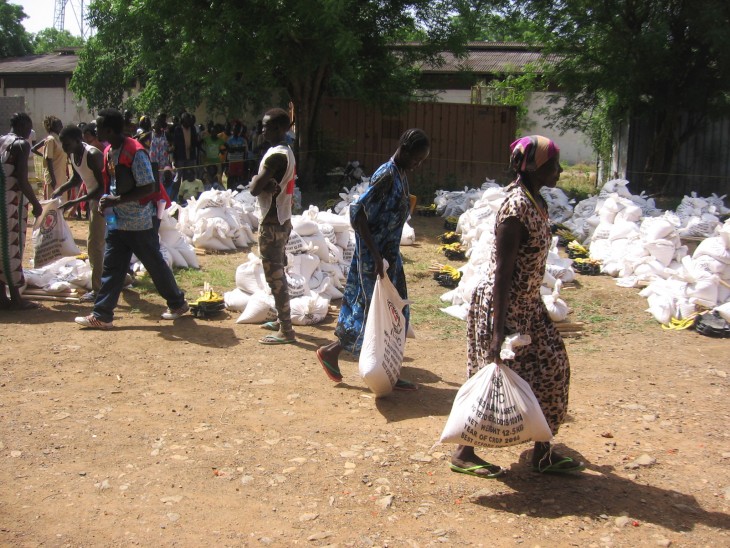