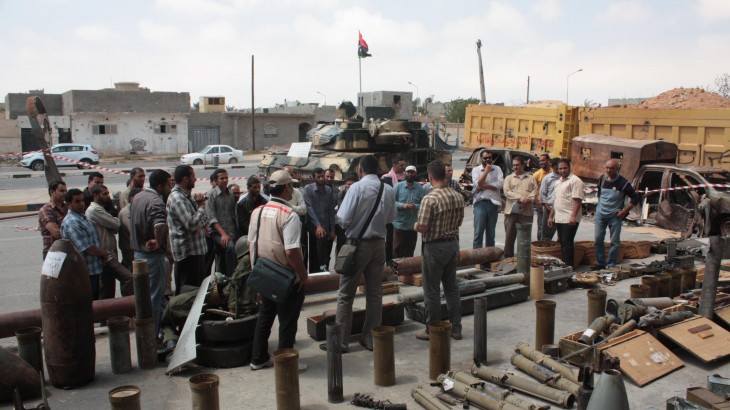 The International Committee of the Red Cross (ICRC) welcomes this open session devoted to the protection of civilians against the use of explosive weapons in populated areas.

Today, hostilities are increasingly being conducted in urban centres and other areas with a high concentration of civilians. Yet, these wars continue to be fought predominantly using weapons that were designed for use in open battlefields.

The use of heavy explosive weapons in populated areas directly impacts civilians, leading to death, grave injury, and severe mental trauma to thousands of men, women and children. Once lively prospering population centres turn into ghost cities, critical infrastructure necessary for the functioning of essential services is damaged or destroyed and so are houses, schools, cultural monuments and places of worship.

The destruction of critical infrastructure in turn leads to degradation or interruption of essential services thus resulting in more deaths and diseases. For those who survive, life in the ruins becomes unbearable and they are forced to flee leading to long-term displacement. For where can people return to if houses are destroyed, electricity networks are down, there is no clean water and no access to health care? Not to mention the huge reconstruction costs.

On humanitarian and legal grounds, the ICRC and the International Red Cross and Red Crescent Movement have been calling on States and all parties to armed conflict to avoid the use of explosive weapons with a wide impact area in populated areas. This is because it is very difficult to employ them in populated areas in conformity with key international humanitarian law rules. Their use entails a high risk of violating the prohibitions against indiscriminate and disproportionate attacks.

The ICRC calls for the adoption of an "avoidance policy" regarding the use of heavy explosive weapons in populated areas. That is, until sufficient mitigation measures are taken to reduce to an acceptable level the risk they pose to civilians, including measures to limit their wide area effects.

Measures should be taken to avoid the use of heavy explosive weapons in populated areas well in advance of military operations; be faithfully implemented when hostilities are taking place and; given due consideration when providing support to parties to armed conflict as well as when making decisions on arms transfers.

There is an urgent need for armed forces to reassess and adapt their choice of weapons and tactics when operating in populated areas. Some militaries are moving in this direction, but more needs to be done, and soon. The ICRC continues to engage in a bilateral and confidential manner with States and armed forces to identify "good practices" that can serve as such mitigation measures.

A joint communiqué acknowledging the need to avoid the use of explosive weapons with a wide impact area in populated areas was adopted by 19 African countries, in November 2017, at a regional meeting on the issue, organized by the government of Mozambique and Handicap International.

The ICRC welcomes all such efforts and is ready to contribute to them by sharing its humanitarian and legal expertise.

The ICRC strongly encourages all African States to voice their concern, to commit to avoid the use of heavy explosive weapons in populated areas and take all necessary measures to adapt their military doctrine and practice accordingly. We also strongly encourage African States to actively engage in international processes aimed at strengthening protection of civilians against the use of explosive weapons in populated areas.

I thank you for your attention.