ICRC alarmed over unacceptable use of explosive weapons in urban areas 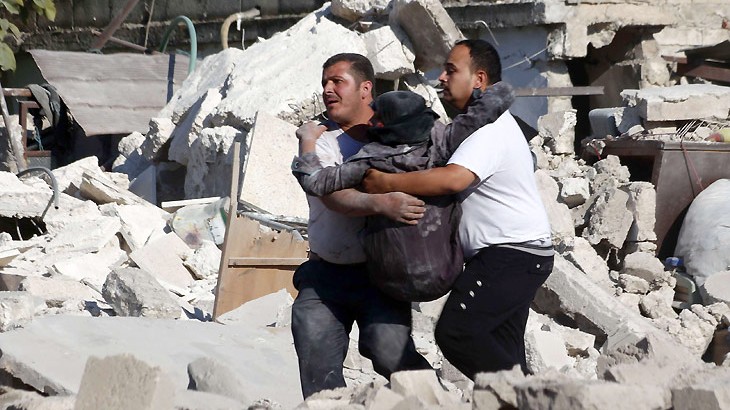 Geneva (ICRC) – Ahead of its address to the United Nations General Assembly First Committee in New York this week, the International Committee of the Red Cross (ICRC) is renewing its call on parties to armed conflicts not to use explosive weapons that have a wide impact area in densely populated areas – because of their devastating consequences for civilians.

In recent and ongoing hostilities, artillery, mortars, air-delivered general purpose bombs, rockets and multiple launch rocket systems, among other explosive weapons, have taken a terrible toll on civilians, causing death, injury, disability and trauma. The use of such weapons in populated areas – where there is a strong likelihood of indiscriminate effects due to their imprecision or large blast and fragmentation range – is unacceptable.

"A mortar hit my living room without warning, injuring my young kids. My boy died on the way to hospital. My daughter’s arm is still bad but she’ll survive. We look after her full time now so can’t work, we rely on neighbours for food. We've not yet been able to repair the house.”
Father-of-two, eastern Afghanistan

“These explosive weapons are designed for open battlefields, not built-up urban areas. From the evidence of recent conflicts, we seriously question whether they can be used to target military objectives in populated areas with enough accuracy, or indeed whether their effects can be limited as required by international humanitarian law,” he added. “This is not about the weapons themselves – it’s about where and how they are used.”

Civilian casualties and damaged or destroyed buildings are the most visible effects of the use of explosive weapons in populated areas. But less visible damage, to vital water and electrical supply systems for example, can have an equally harmful impact on health care at times when hospitals are overwhelmed with casualties, and more generally hamper people’s ability to survive.

“We spent the night in the basement as my parents are old and didn’t want us to leave home despite all the fighting. Next morning, my house was cut to pieces, the roof gone. 3 months on, the nightmares still don’t let me sleep. The shelling feels like yesterday.”
Villager, Donetsk province, Eastern Ukraine

Warfare in urban settings presents challenges that need addressing. All parties to armed conflicts must take steps to protect civilians from the effects of hostilities. Operating from within urban areas places civilians at risk. Nonetheless, attacking forces must take constant care to minimize the impact of their operations on civilians, including through their choice of means and methods of warfare. Alternative weapons and tactics should be considered.

Report of the expert meeting: Explosive weapons in populated areas