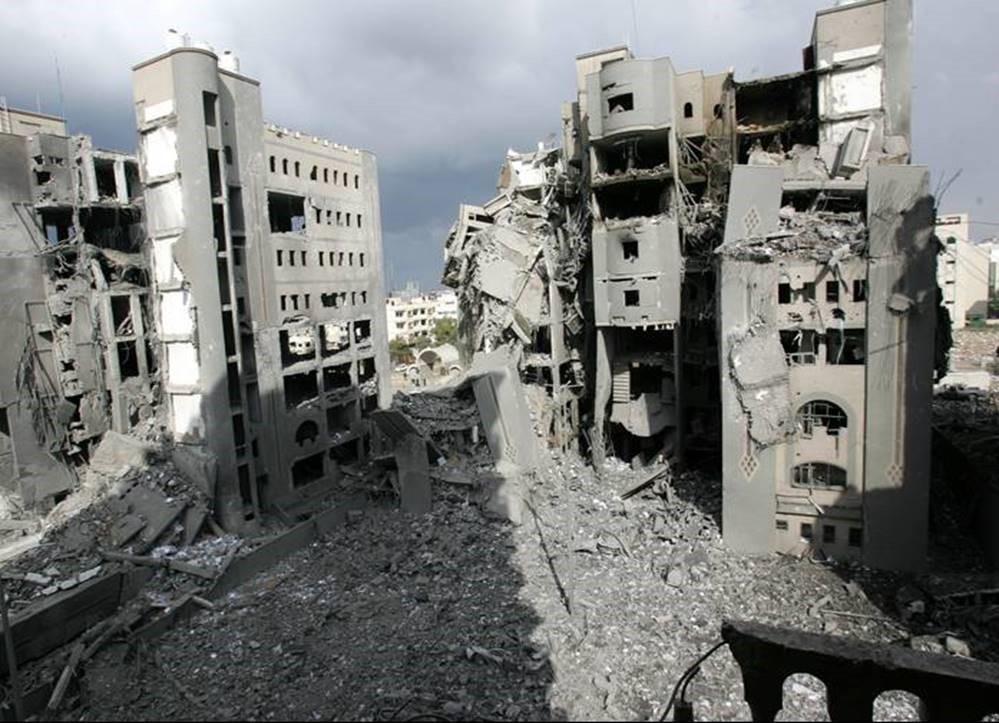 I warmly thank Austria for organizing this side-event and for inviting me to open the discussion. I also thank the 27 States and National Societies who co-sponsored the event – a clear indication that the international community recognizes the urgency of acting to address this pressing humanitarian concern.

There is certainly momentum building. Three months ago, on 18 September, together with the UN Secretary-General Antonio Guterres, I issued a Joint Appeal to States to stop the tide of civilian death and suffering that has become characteristic of urban warfare today, as we have witnessed in Raqqa, Aleppo, Sana'a, Idlib, Donetsk and elsewhere. Recognizing that the use of explosive weapons with a wide impact area in populated areas is a major cause of civilian harm, we called for such use to be avoided due to the significant likelihood of indiscriminate effects.

A diplomatic process towards a Political Declaration to address the civilian harm caused by the use of explosive weapons in populated areas has been launched. States are sharing elements of their policies and good practices aimed at strengthening the protection of civilians, including in urban warfare. These are very encouraging developments.

Urban warfare has become "the new normal" and civilians are bearing the brunt. Many of you have seen first-hand the heavy toll urban warfare takes on the civilian population. I have seen it in my visits to Mosul, Taiz and Tripoli: heavy bombing and shelling leaves countless people dead, gravely injured, disabled for life or facing severe psychological trauma. Cities lie in rubble, houses, schools, cultural monuments and places of worship are in ruins.

Critical infrastructure necessary for the functioning of basic services – water, sanitation, electricity, health care – damaged or destroyed, often beyond repair, triggering a cascade of humanitarian consequences well beyond the weapon's impact zone. And when these essential services on which civilians depend for their survival are disrupted or degraded especially in protracted conflicts, a deadly domino effect occurs, with outbreak of disease, further death, and displacement.

As the ICRC and National Red Cross and Red Crescent Societies continue to witness in urban conflicts today, one of the main causes of this suffering is the use by conflict parties – be they State or non-State – of heavy explosive weapons. These weapons have, by design, destructive effects over a wide area. I am talking about large air-delivered bombs, inaccurate weapons like artillery and mortars, multi-barrel rocket launchers, and large improvised explosive devices.

When these powerful weapons are used in population centres, even against lawful targets, there is often a high probability that civilians and civilian infrastructure will also be hit, leading to the domino effects I have described. The correlation between the wide area effects of explosive weapons and a high risk of civilian harm has been documented in expert studies and in technical reports commissioned by the ICRC.

I am heartened that there is widespread acknowledgement among States of the need to fully comply with and strengthen respect for international humanitarian law (IHL) when hostilities are conducted in populated areas.

Yet the grave pattern of civilian harm that we continue to witness from the use of heavy explosive weapons in populated areas raises serious questions about how parties to armed conflicts are interpreting and applying key rules, and indeed how they are complying with IHL.

Clearly there are significant challenges to respecting IHL in urban warfare, given the close proximity of military objectives to civilians and civilian objects. The ICRC's Report on IHL and the Challenges of Contemporary Armed Conflict submitted to this conference analyses the challenges of using explosive weapons with a wide impact area in conformity with IHL, in particular with the prohibitions of indiscriminate and disproportionate attacks. The report reinforces the ICRC's call since 2011 to avoid the use of explosive weapons with a wide impact area in populated areas due to the significant likelihood of indiscriminate effects.

The high risk for civilians when operations are conducted in urban areas is recognised in some military manuals, which include restrictions in the use of certain means or methods of warfare, in particular heavy explosive weapons. Where such restrictions were implemented – for example in Afghanistan and Somalia – they resulted in significant reductions in civilian casualties, without negatively impacting the achievement of the military mission.
This confirms three things: First, that warfare cannot be conducted the same way in a populated area as in an open battlefield.

Second, that the choice of weapon can significantly aggravate or reduce civilian harm.

And third, that it is possible to restrict the use of heavy firepower even in such challenging environments as urban or other populated areas, without compromising mission achievement and force protection.

States and conflict parties must review and adapt their choice of means and methods of warfare in view of the unique vulnerabilities of civilians in populated areas. In my Joint Appeal with the UN Secretary-General, we identified a number of areas for urgent action, and I am pleased to see that detailed discussions on these measures are now taking place in multilateral fora.

By adopting a policy to avoid the use of explosive weapons with a wide impact area in populated areas, States commit to strengthening the protection of civilians and facilitating respect for IHL in an environment where both are considerably difficult. What such "avoidance policy" requires first and foremost is a shift in mindsets.

Instead of starting from the premise that heavy explosive weapons can be used unless such use would violate IHL, we are asking States and conflict parties to reverse the starting point: as a matter of policy and good practice, explosive weapons with a wide impact area should not be used in populated areas, unless sufficient mitigation measures can be taken to limit their wide area effects and the consequent risk of civilian harm. In other words, unless the risk they pose to civilians can be reduced to an acceptable level.

An avoidance policy is not a binary, 'black-and-white' approach; it does not always come down to choosing an expensive precision-guided munition over an old-fashioned artillery gun. Rather, more often than not it involves a gradient of choices – of mitigation measures to help ensure that the weapon will no longer have wide area effects, that the area of impact of the weapon is no longer populated, or that the risk for civilians and civilian objects is otherwise sufficiently reduced. Changing the munitions' fuze or warhead to ensure the effects are contained on the target, choosing the angle of attack so as to reduce the weapon's impact area, keeping minimum safety distances from civilians and civilian objects, ensuring the reverberating effects of attacks are anticipated, are examples of such mitigation measures.

For the ICRC, dialogue on good practices to avoid the use of heavy explosive weapons in populated areas must occur at two levels:

First at political level where policy decisions are urgently needed to change the way warfare is conducted in populated areas, including decisions to equip and train armed forces so that they are capable of fighting urban conflicts in a manner that minimizes risks to civilians. This may entail short-term costs, but these would be largely outweighed by civilian lives saved, civilian infrastructure spared, and reconstruction costs reduced.

The second level of dialogue is with military commanders to identify and implement good practices in the choice of means and methods of warfare that will enhance the protection of civilians and facilitate compliance with IHL in urban conflicts.

Strengthening the protection of civilians in urban warfare is a humanitarian imperative and should be made a strategic priority in planning and executing military operations in populated areas. The adoption of a Political Declaration could be a powerful tool to trigger an urgently needed change in behaviour, provided it doesn't merely pay lip service to respect for IHL, but contains strong and concrete commitments that will make a difference on the ground. I encourage all States to engage constructively and with determination in this direction.