Farmers in Gaza finally able to farm their lands 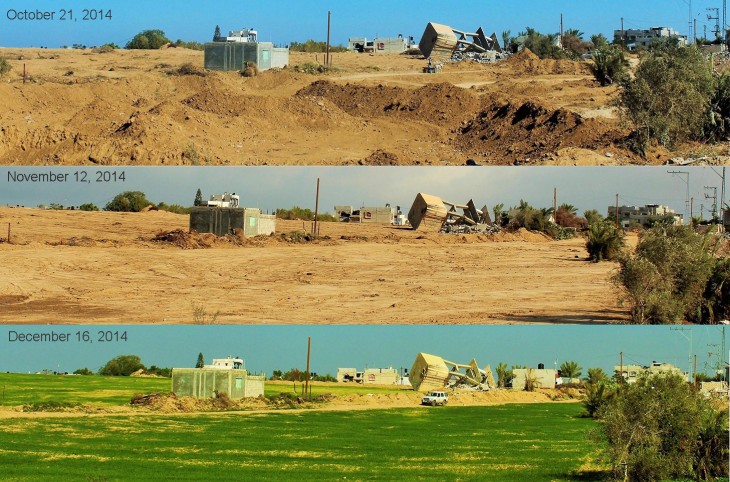 Hundreds of hectares of agricultural land along Gaza's border with Israel were destroyed during the conflict in 2014. Homes and irrigation systems were also destroyed, or severely damaged. The impact on the local economy was huge, with many farmers left without a source of income to provide for their families. 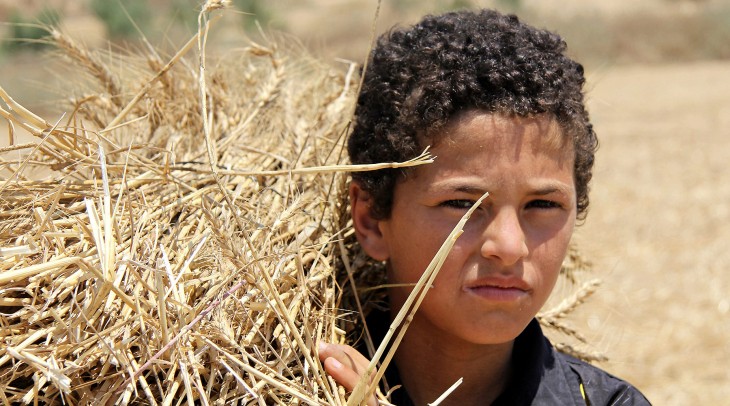 To help local farmers get back on their feet, the ICRC facilitated the clearing of unexploded remnants of war, and worked tirelessly to relevel the damaged agricultural land, to make it arable again. 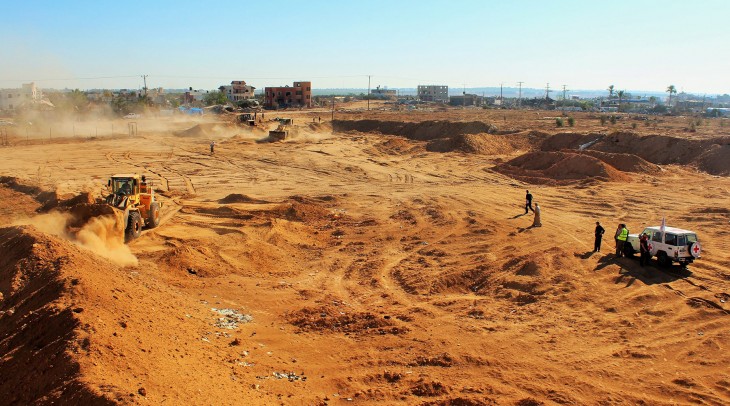 The relevelling of the land was a race against time to finish before the rainy season arrived, with 24 bulldozers working from sunrise to sunset every day for two months.

One third of the agricultural land of the Gaza Strip is along the border with Israel. The land is considered to be the "bread basket" for the population of Gaza. 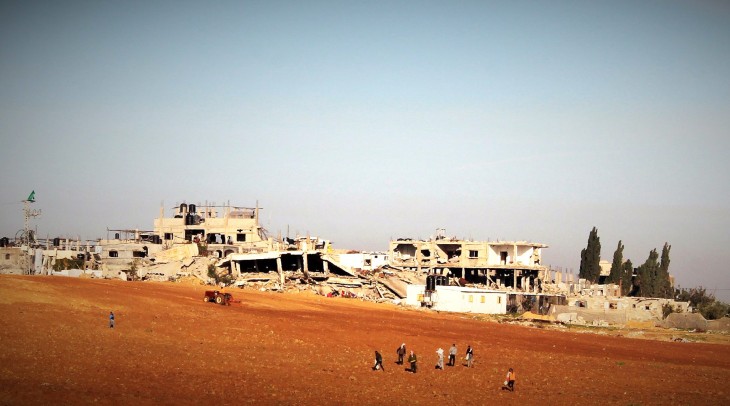 Farmers start to replant their land in Beit Hanoun, after it was cleared of unexploded remnants of war and relevelled by the ICRC. In June, they were able to reap the first harvest of wheat, water melon, squash and okra. This followed successful harvests of other crops, such as peas and potatoes earlier in the year. 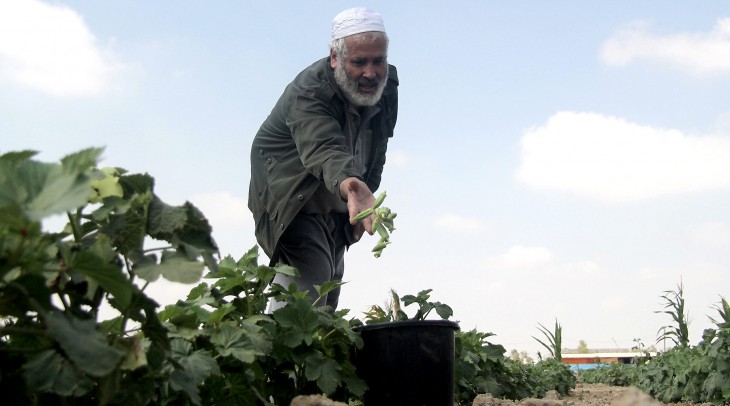 Mosa Al-Astal, a father of ten, has been a farmer for 15 years in al-Qarara. His land, including the irrigation system and all the trees, were destroyed during the conflict.

"The ICRC project encouraged me to cultivate my land again. I decided to plant okra because it requires less water and produces crops for a longer period. I hope other farmers are also able to farm their lands again." 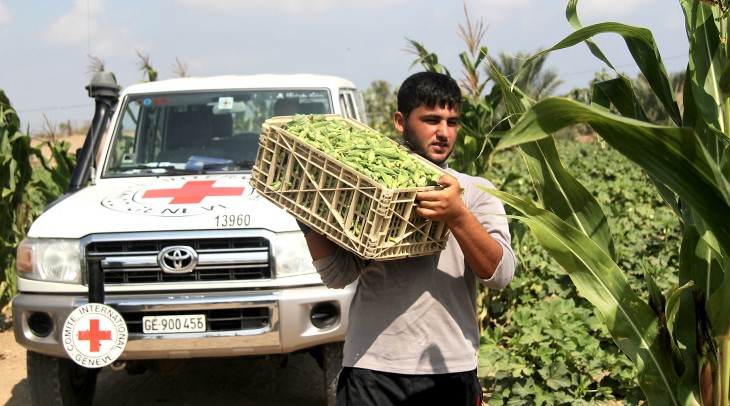 Houses and lands in Al-Qarara were heavily affected by the fighting, with many destroyed or severely damaged.

250 farming households (1,500 people) in the area received cash grants of 1,000 US dollars, to help buy new crops and start farming their lands again. 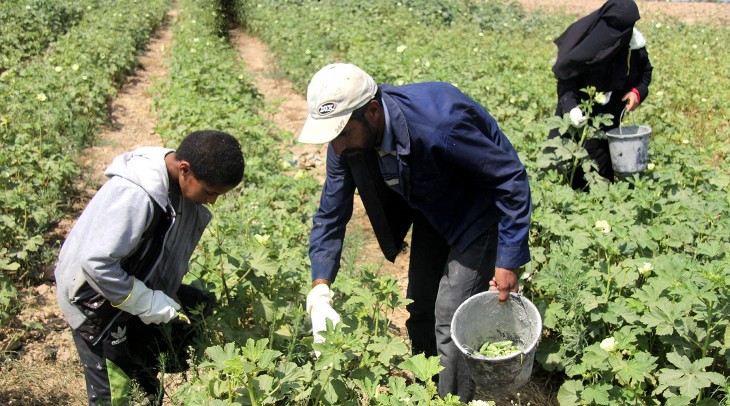 Ziyad Abu Khashan, 45-years-old from the al-Qarara area, is married and has six family members.

"I used to have fields of olive trees, but after my land was destroyed, I decided to plant okra and beans as they grow faster and produce more."

Ziyad believes that one of the best things about the ICRC's project is the cash goes directly to the farmer.

Ziyad's wife and children help him to harvest the land. Ziyad's wife, Um Ahmed, said: "We sell the crops and we live on the money that we make. The most important thing for us is that we are not in any debt." 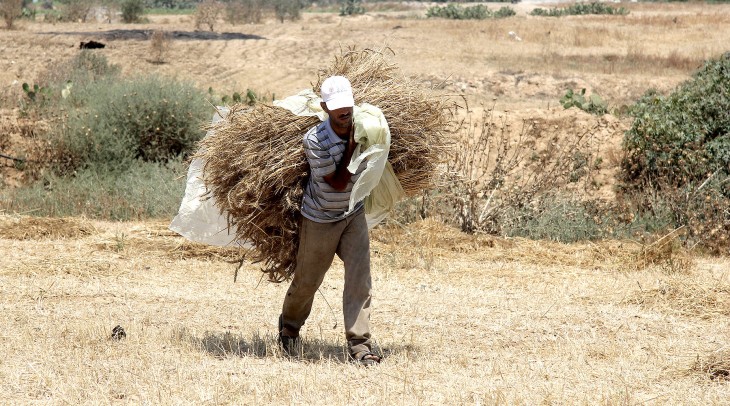 Saber Al Breim, 37-years-old, is married with six children and lives in the al-Qarara area in Gaza. Saber's home was one of many damaged during the conflict. His land was completely destroyed.

1,400 farmers in the region received wheat and peas from the ICRC, along with fertilizer. Their lands were also levelled.

Saber's wife, son and other relatives helped him during the recent wheat harvest season. 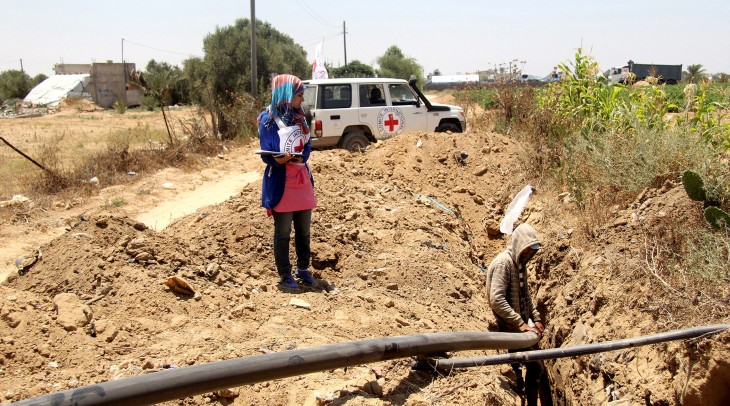 Following the conflict, the ICRC connected the main water pipes from the water wells, to enable farmers to extend their sub-line pipes and irrigate their lands.

The pipeline in the photo is 1,800m and benefits around 70 farmers. 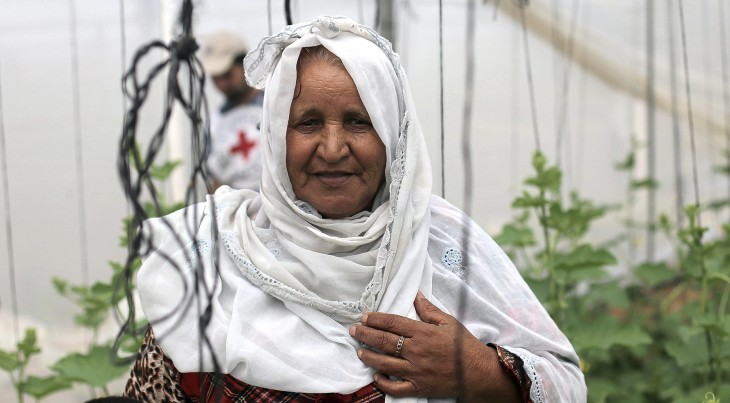 Around 160 farmers from six areas benefited from the restoration of local greenhouses by the ICRC.

"When they fixed the covers of the greenhouses, we felt revived. It brought us hope. Thank you." Um Sulaiman Daher, 65-years-old, a mother of two, who benefited from the ICRC's greenhouse project in Gaza. 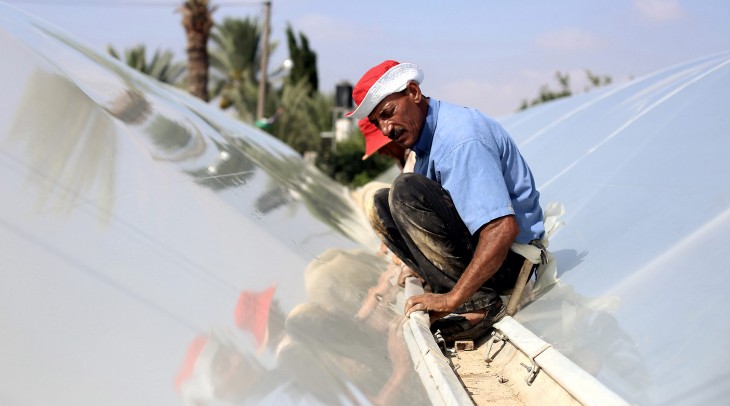 Atwa ElMani, 45-years-old, is a father of five from east of Deir el-Balah.

"The net and the plastic sheets over my crops should be changed every two years, but due to my limited financial resources, I can only change these every 5 years – this has affected the productivity and quality of my crops." 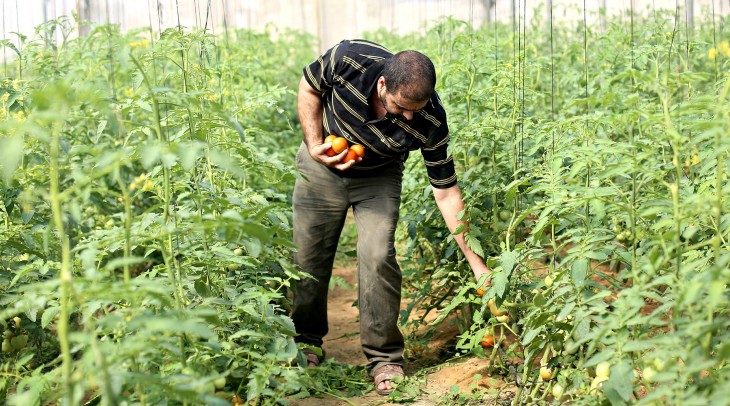 Plastic sheeting and nets covering the greenhouses were damaged during the 2014 conflict. Now that they are fixed, Atwa is looking forward to a better and more productive season. 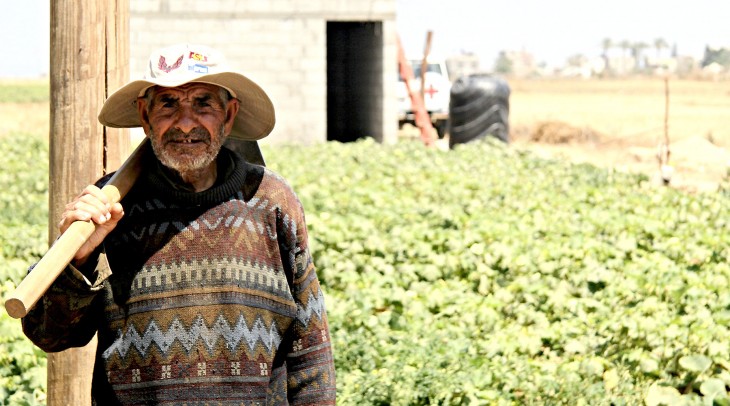 "The land here was very uneven and full of mounds and hollows, but the bulldozers from the ICRC came and levelled everything back to how it was before." Abu Ahmed al-Najjar, 87-years-old, is one of the oldest farmers in the al-Qarara area.

250 farmers received cash installments to plant new crops in the area. The ICRC monitored the replanting and helped guide the farmers in their work.

Another 180 farmers will benefit from this project later in the year.