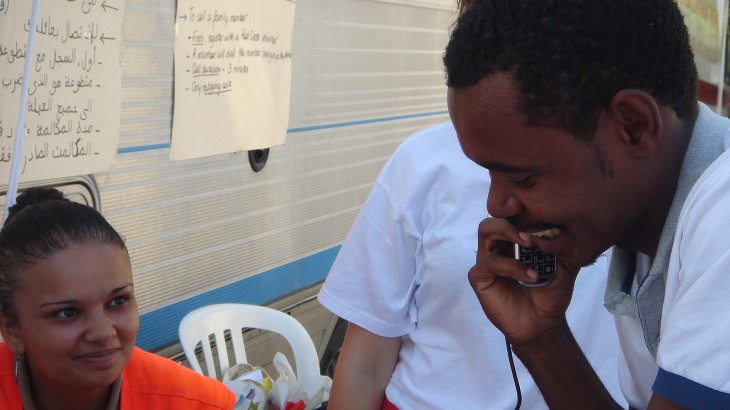 A migrant's face lights up as he hears the voice of a family member. © French Red Cross

Working with the support of the ICRC, the French and Italian Red Cross Societies recently set up a cross-border "restoring family links" operation to help migrants re-establish contact with their families.

In recent months, an unprecedented number of migrants and refugees from Syria, Eritrea, Palestine, Nigeria and elsewhere have arrived in Italy and other southern European countries. In 2014, the Italian authorities registered 171,011 migrants. In the first five months of 2015, they registered a further 52,761 migrants. 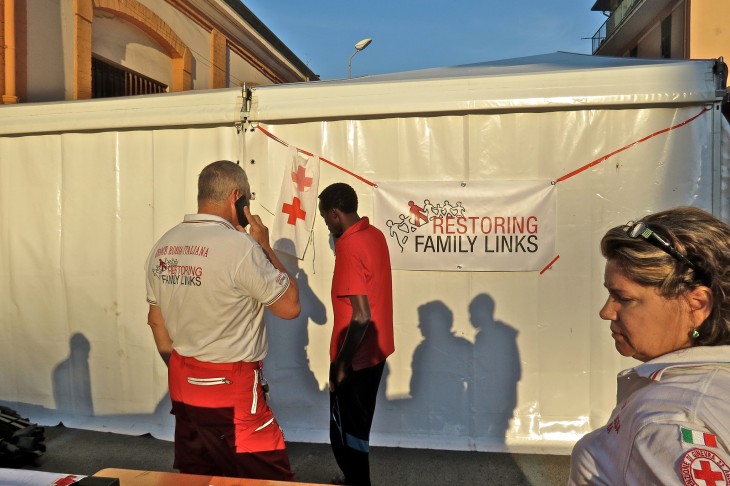 Many of them have fled violence and conflict in their countries of origin and made the perilous journey across the Mediterranean. Some have lost family members along the way, facing the trauma of seeing them drown before their eyes or left abandoned at sea.

Italy's geography, with the Alps on its western, northern and eastern borders, means there are only a few access routes available to migrants who are trying to continue their journey to other European countries. As a result, hundreds have been left stuck in a "no-man's land" on the Franco-Italian border as they wait to cross into France. 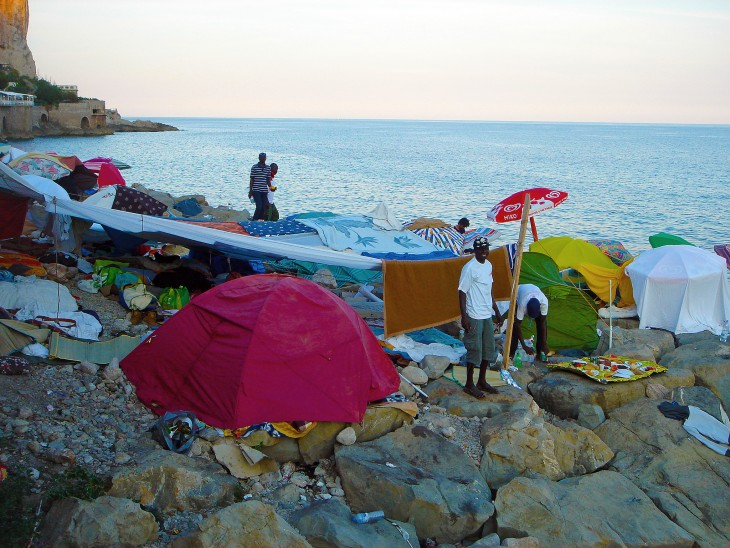 As well as providing food, shelter and medical care, the Italian and French Red Cross Societies have been helping migrants re-establish contact with their families, with the support of the ICRC.

In the first operation of its kind, the two National Societies set up a cross-border restoring family links (RFL) operation in June and July 2015 in the Italian town of Ventimiglia.

Two RFL stations were set up, one at the railway station (operated by the Italian Red Cross) and the other at the border (operated by the French RCS). People could use mobile phones and internet free of charge, enabling them to contact their relatives by email, or via Facebook and other social media platforms. They were also able to send Red Cross messages home and register missing relatives. 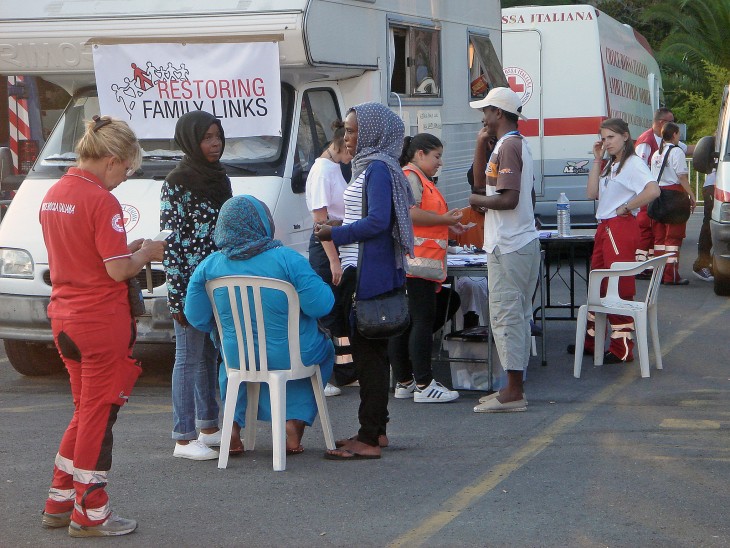 A migrant at an Italian Red Cross aid point talks to his family, while others wait their turn. © French Red Cross

Some of them had been without news of their families back home for many months. More than 300 calls were made during this period. 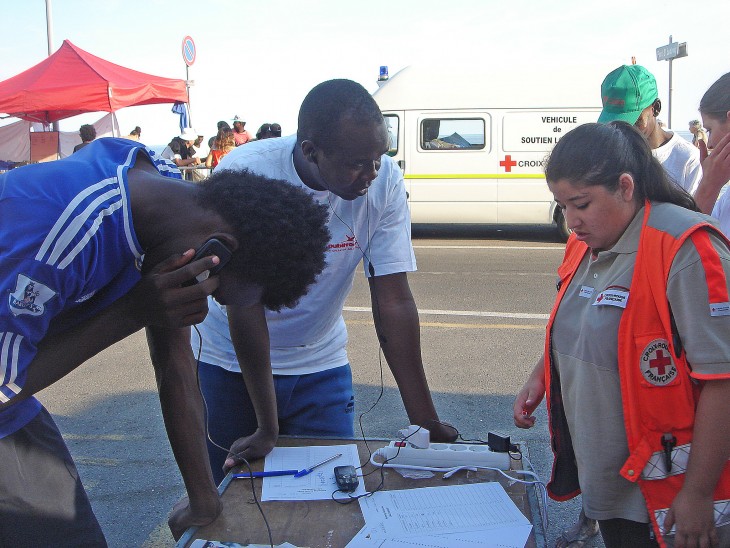 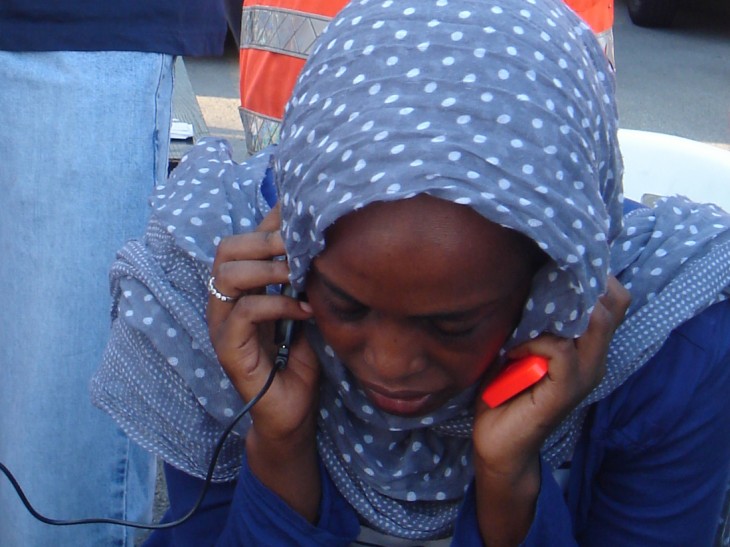 During the joint operation, three children from Eritrea and Ethiopia were also registered as unaccompanied minors.

As the migration crisis continues, preparations for future joint operations are underway. The Italian Red Cross intends to prepare Restoring Family Links plans jointly with the Austrian and Swiss Red Cross Societies. In the meantime, the Italian Red Cross continues to help 300 to 400 migrants a day and offer RFL services once a week, with migrants making 40-50 calls during each session.

With thanks to the French and Italian Red Cross Societies, who supplied the material for this report.

Have you lost touch with member of your family? The Red Cross Red Crescent Restoring Family Links service may be able to help!