Georgia/Abkhazia/South Ossetia: More than 30 gravesites to be excavated in search for missing people 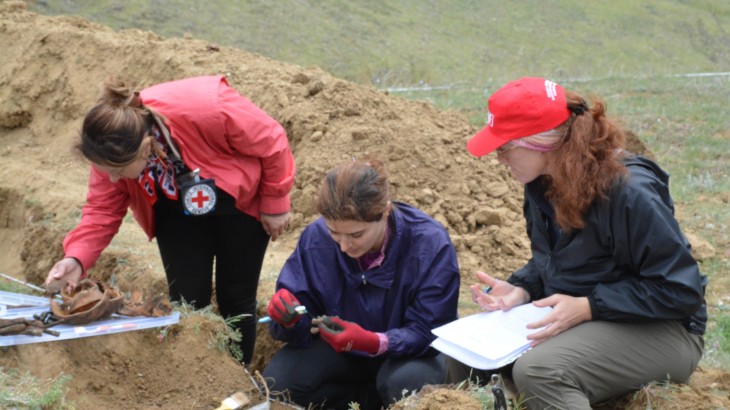 May 3, 2017. Gori, Georgia. Excavation of a gravesite. Photo: Maia Kardava/ICRC

Geneva (ICRC) - The International Committee of the Red Cross (ICRC) is about to begin another round of excavations in search of the remains of people who went missing during and after the armed conflicts that took place in the 1990s and in August 2008. Work will first get under way at three locations – two in Gori and one in Kaspi.

ICRC forensic experts plan to concentrate their efforts – from May to September – on more than 30 potential gravesites.

Information about these sites was collected within the framework of the two coordination mechanisms established in 2010 under the aegis of the ICRC. These mechanisms – one made up of Abkhaz and Georgian participants, and the other consisting of South Ossetian, Russian and Georgian participants – work to provide answers for the families of missing people. Their sole purpose is to ascertain, for purely humanitarian reasons, the fate of those who remain unaccounted for years after the end of conflict.

During the period from 2010 to 2016, some 249 sets of human remains were recovered. Of these, 107 were identified and handed over to the families concerned for dignified burial; the process of identifying the rest is ongoing.