Georgia: An icon for the missing 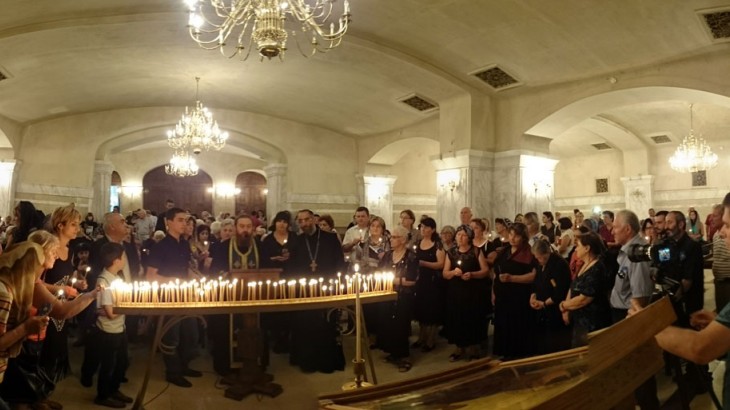 One of the main problems for the families of missing persons in Georgia was their concern that in the Orthodox Church there were only two places where people could light candles: one for the living and one for the dead. Nowhere was there a special place, or icon, where people could pray for missing relatives.

Given that the vast majority of people with missing relatives in Georgia are highly religious, for them the issue mattered a lot and was a very sensitive one.

Some would accept the fact and light candles for the missing at the icon for the dead. But many refused to do so as they were not ready to accept the death of a loved one, despite the passing of many years since their disappearance. Often they would say regretfully that instead of finding some comfort and relief in the church, they were facing ambiguity. 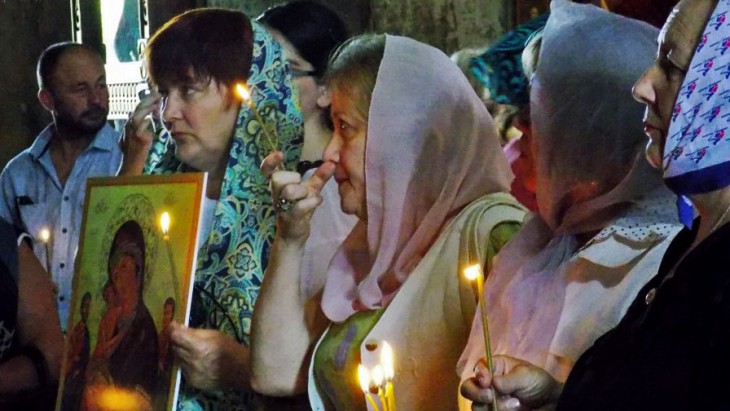 In 2011, the head of the ICRC delegation met with the Catholicos-Patriarch of All Georgia and voiced the concern of families to him. The Patriarch was understanding and gave a special blessing to the families to pray for the souls of their loved ones, regardless of whether they were living or dead. The families were happy to have such a blessing from their spiritual leader.

Later, the families came up with the idea of the creation of a special icon for missing people. After some research they found out that among many different icons of the Virgin Mary – which were acknowledged as canonic by the Georgian Orthodox Church – there was one named 'Three Joys' that was considered to be the Protector of Missing People.

The ICRC, together with family representatives, contacted the Patriarch's office in 2014 and special permission was obtained for the painting of such an icon. The painter, Davit Apakidze, received the blessing to paint the sacred image. 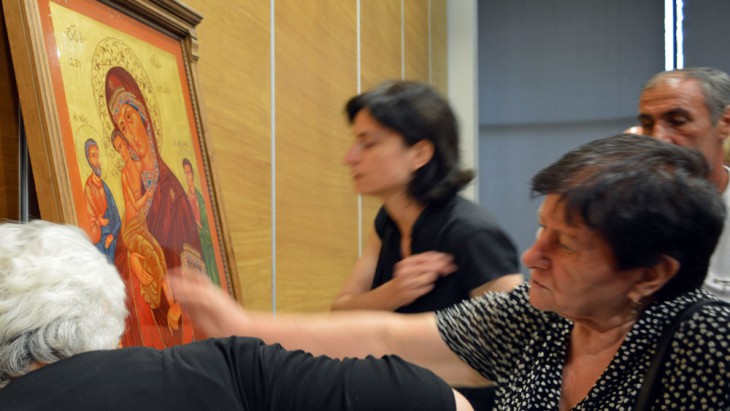 On 30 August 2014 the new icon was blessed by the Georgian Church. Families of the missing were extremely happy and relieved to at last have the opportunity to pay tribute to the icon and to light candles for their loved ones.

In 2015, four copies of the icon were painted and sent to four major districts of Georgia. Smaller reproductions of the icon were also produced and distributed to all those families of missing people who wanted to have one.