Georgia: Efforts to clarify the fate of missing persons 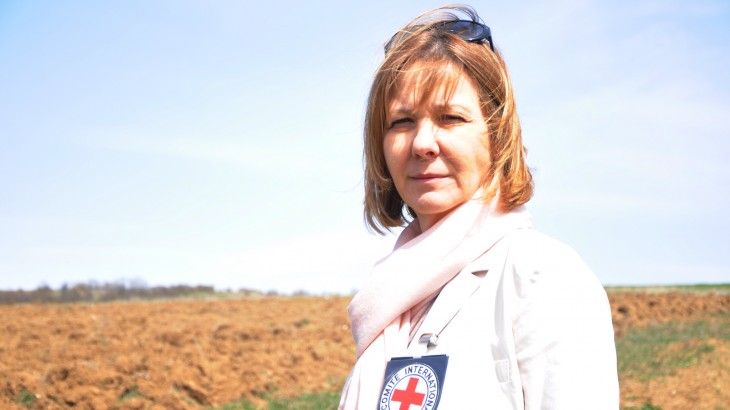 Ms Biljana Milosevic, head of delegation for the ICRC in Georgia. CC BY-NC-ND/ICRC

Ms Biljana Milosevic, head of delegation for the ICRC in Georgia, outlines the problems of persons missing as a result of armed conflict, and how the ICRC seeks to discover their fate and whereabouts.

Disappearance of people occurs more excessively in conflict-affected countries the world over. The ICRC is currently addressing the issue in the South Caucasus where, in Georgia, more than 2,300 persons are still reported missing as a result of armed conflicts in the 1990s and in August 2008.

Our approach is of a purely humanitarian nature and includes efforts to prevent disappearances, locate the whereabouts of missing persons and, if deceased, to identify and hand over the human remains to the families. This allows them to hold proper funeral ceremonies and mourn their loved ones.

The families of missing persons are themselves victims of armed conflict. Their most crucial need – among many – is to know the whereabouts of their relatives. Uncertainty is a harsh and emotionally heavy reality for them.

Disappearance is a complex phenomenon. It is a tragedy for the persons who disappear, but it is a never-ending pain for the families left behind, suspecting their loved ones are dead yet unable to mourn without any proof. Many spend years and their life savings in a futile search. The pain may be compounded by a difficult economic situation, as it is often the household breadwinners who go missing, leaving wives and mothers to support the families. Moreover, the situation is often a bureaucratic nightmare, since some countries allow years to pass before declaring a person officially dead or absent.

The right to know

The 'right to know' the fate of a relative is a fundamental tenet of both international humanitarian law and human rights law and must be respected. The legal obligations are laid out in the Geneva Conventions of 1949 and their Additional Protocols of 1977, along with the International Convention for the Protection of All persons from Enforced Disappearance.

International law is clear: it is illegal to make people disappear, and the next-of-kin must be informed about captured, wounded or deceased relatives without delay. The challenge is to ensure that states adopt and implement such rules.

In Georgia, the ICRC has been working on the problem of missing persons since 2004. In 2010 we succeeded in setting up two coordination mechanisms for clarifying the fate of persons missing in relation to the armed conflicts of the 1990s and August 2008, and their aftermaths.

Abkhaz and Georgian participants in one forum, and South Ossetian, Russian and Georgian participants in a second forum, work to provide answers for the families of missing persons. The sole purpose of these platforms is to clarify, on purely humanitarian grounds, the fate and whereabouts of those who, several years after the conflicts, are still unaccounted for. Safeguarding this humanitarian process from any political agenda is highly important.

Despite the complexity of the issue, the work achieved so far has brought concrete results. Between 2013 and 2015, the human remains of 162 people were recovered from 22 gravesites located throughout the region; 81 of the remains have so far been identified and handed over to their families.

Growing awareness of the problem

In its capacity as a neutral intermediary and its role as chair of these mechanisms, the ICRC is directly involved in all stages of the process. Gathering and consolidating information on gravesite locations and collecting ante-mortem data and biological reference samples from the families of missing persons are essential for the purpose of forensic human identification.

The ICRC also engages with a team of Argentinian forensic experts to assess potential gravesite locations, recovery, analysis and identification of human remains.

In addition, the ICRC accompanies the families of missing persons throughout the process, supporting their psychological, legal, administrative and economic needs. The Georgia Red Cross Society, local non-governmental organizations and a number of enthusiastic individuals also lend support. To date, more than 1,100 families of missing persons in Georgia have benefited from ICRC micro-economic initiative projects, improving their livelihoods and helping them to become self-sufficient.

I am glad to observe that the various actors in Georgia – whether state authorities, experts, media representatives or specialists – are paying greater attention to the issue of missing persons. I hope this will be maintained in the future, as all have a role to play in raising awareness about the problem of disappearance, and in addressing it.

Before starting her mission with the ICRC in Georgia in 2014, Ms Biljana Milosevic worked in different countries in Africa, Latin America and the Middle East.