Georgia on my mind (and back on its feet) 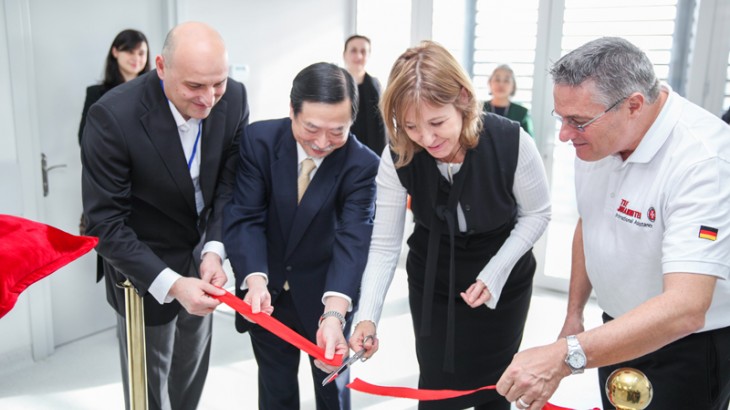 Cause for celebration as a local organization supported by the ICRC opens a new physical rehabilitation centre.

On 11 November, staff at the Georgian Foundation of Prosthetic Orthopaedic Rehabilitation celebrated the inauguration of a brand-new physical rehabilitation centre in Tbilisi.

The model for the Foundation's work was a project set up and supported by the ICRC in Georgia. It helped people injured by mines and unexploded ordinance and victims of the 1992–1993 conflict in Abkhazia. The majority of mine victims were civilians – adults wounded on their way to their farms or children playing in riverbeds during the summer.

Sadly, all too often, disability can lead to social exclusion. For Dr Mamuka Gogorishvili, the Foundation's director, physical rehabilitation is important because it helps reintegrate people into society.

Since 1979, the number of centres supported by the ICRC has expanded from just two to more than 90 in over 35 countries, providing rehabilitation services to around 230,000 people. In addition to financial and technical support, the ICRC may also provide training. Staff at the Foundation, for example, have received specialist training, including an internationally recognized three-year training course for orthopaedic technologists.

As Biljana Milosevic, the head of the ICRC's delegation in Georgia, explained: "Many humanitarian programmes require uninterrupted, full-time assistance from the ICRC for many years before they are able to stand on their own. Financial independence is particularly hard to achieve."

It took the Foundation several years, but now it has become independent. With donor support, it has built a modern, well-equipped centre. Dr Gogorishvili thanked all the donors who made it possible, including the Japanese embassy and Johanniter International Assistance, and expressed particular gratitude to the ICRC, whose project had provided the blueprint for the Foundation's work.