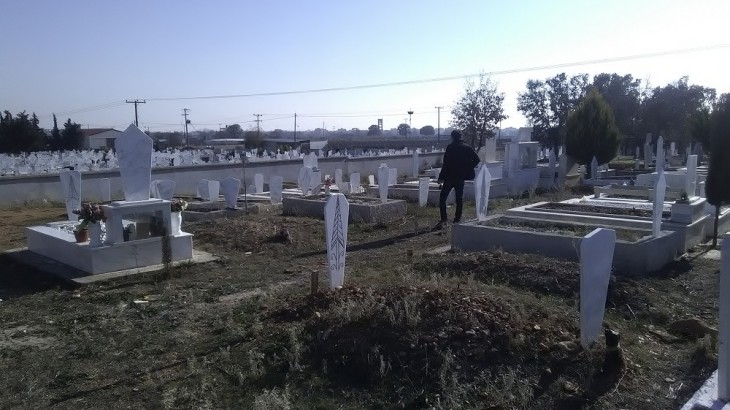 A Muslim and Christian cemetery in Evros, Alexandroupoli. Some of the graves might contain unidentified migrants. CC BY-NC-ND / ICRC / Eleni Zormpa

Some 18,000 migrants have crossed from Turkey into the Aegean islands since the beginning of 2017.

Οne in three people arriving in Greece is from Syria, followed by Iraqis and Afghans. The ICRC has also observed an increase in people arriving from the Democratic Republic of the Congo. Despite a decrease in the number of shipwrecks, we estimate that more than 1,000 migrants who died remain unidentified in Greece. This leaves their families without closure about their loved ones' fates.

According to government figures, 62,000 migrants remain in the Greek mainland and the islands. Although the situation has improved in many of the facilities across Greece, since 2016, a number of challenges persist, particularly on the Greek islands where migrants face poor living conditions and overcrowding. The long waiting period for asylum applications for some of the migrants has added to tensions and to the negative impact on the mental and physical health of migrants.

The ICRC mission was opened in Athens in March 2016 so as to contribute to the protection and assistance of migrants. It collaborates closely with the International Red Cross and Red Crescent Movement.

Here is an overview of our activities from January to August 2017.