Guinea: A good day at the office 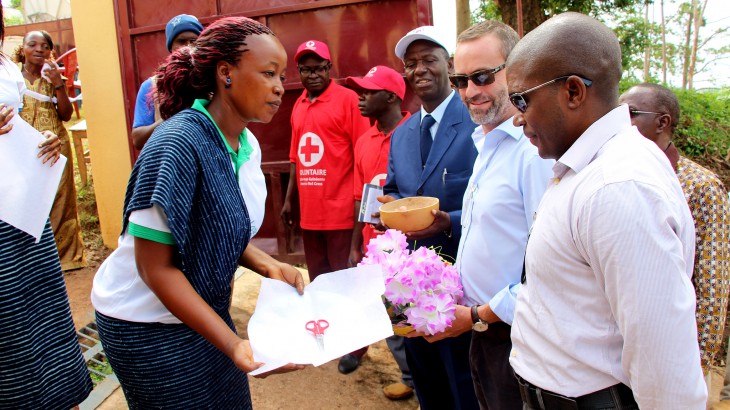 Guinea. Representatives from the Guinea Red Cross, the IFRC and the ICRC celebrate the opening of new branch headquarters in Guéckédou. CC BY-NC-ND / ICRC / Kadiatou Balde

The ICRC is helping the Red Cross Society of Guinea to provide its volunteers with decent facilities to carry out their work, particularly in response to emergencies such as the Ebola outbreak.

Guinea Red Cross volunteers in Guéckédou, Yomou and Béyla – all located in a region which has been badly affected by the Ebola virus – celebrated the opening of their brand new buildings alongside representatives from the ICRC and the International Federation of Red Cross and Red Crescent Societies (IFRC).

Guéckédou was at the epicentre of the Ebola outbreak, which claimed more than 300 lives in 17 months. Although there are no longer any cases of the disease there, local health services and the authorities remain vigilant. The Guinea Red Cross was at the forefront of the response to the Ebola outbreak and is still very much on the alert. 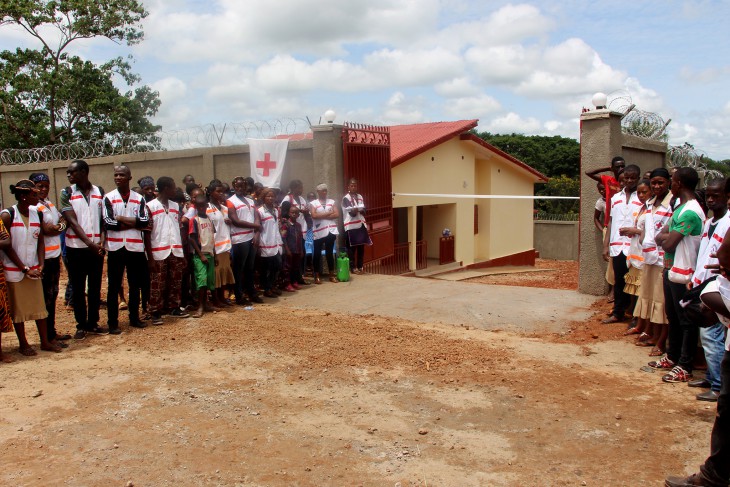 The branch's new headquarters building is located on a hillside, with a freshly painted portrait of Henry Dunant – the founder of the International Red Cross and Red Crescent Movement – gleaming on the compound wall. Yann Bonzon, head of the ICRC's delegation in Guinea, said: "The Red Cross branch in Guéckédou is working very hard in very difficult circumstances, and always abiding by the Movement's principles. We owe an enormous amount to the volunteers here. Thanks to them we can hope that Ebola will be eradicated in the region."

During the outbreak, rumours, fear and suspicion whirled around, sometimes making things difficult for the volunteers in their dealings with local communities. But despite the demanding working conditions, the Guinea Red Cross continues to provide safe and dignified burials in the community. At the opening ceremony, the mayor of Guéckédou showed his support: "We should trust the Red Cross and their volunteers. They need us to accept them, welcome them and support them."

In Yomou, the volunteers were eager to get together for the first time in their brand new premises. Although the local branch was established twenty years ago, it had never before had its own building. This hadn't stopped it doing a huge amount of work during the Ebola epidemic, which the prefect of Guéckédou applauded: "The Red Cross made a significant contribution to stopping the spread of the disease," he said, adding that "despite the obstacles, the volunteers had managed to get wherever people were sick or had died."

In Beyla, an area of more than 325,000 inhabitants that was also hit by the Ebola epidemic, the branch has 455 volunteers. One of them, Sidiki Camara, caught the virus, but recovered. "My whole family was struck by the epidemic, but I never lost hope," he said. "I'm still a Red Cross volunteer and that's what saved me. As soon as I noticed the first symptoms, I told the villagers they shouldn't come to visit me, and I went straight to the treatment centre. After I got better, I told the people in my village about what the Red Cross does, and that they should take the sick to the treatment centre. Although I was insulted, rejected and stigmatized, I've never stopped telling people that the humanitarian action of the Red Cross saves people." 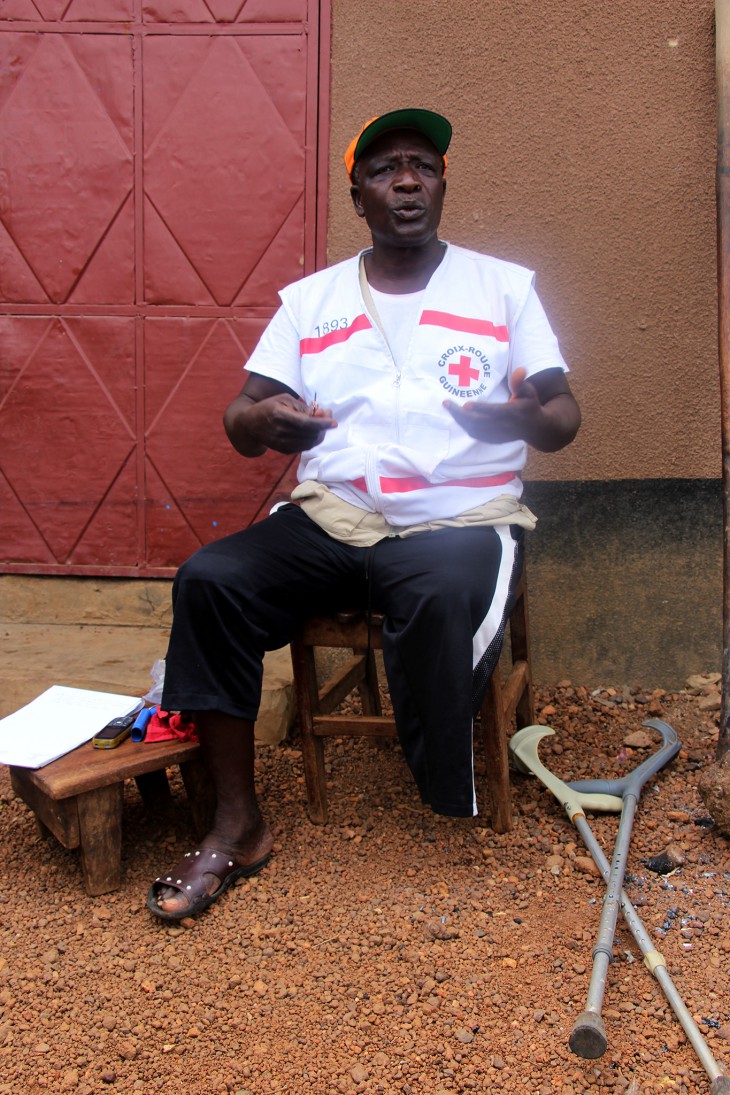 Guinea. Sidiki Camara is an active Red Cross volunteer in Beyla, despite recovering from Ebola. He works to spread awareness of what people should do and where to get treated. CC BY-NC-ND / ICRC / Kadiatou Balde

The Guinea Red Cross has a network of 33 Red Cross branches spread out across the country, so it can help people quickly when emergencies arise. Local Red Cross branches need official headquarters so that they have a place to work, train volunteers and store emergency relief supplies. Since 2003, 25 branches have had new premises built, of which 19 were built with the support of the ICRC.