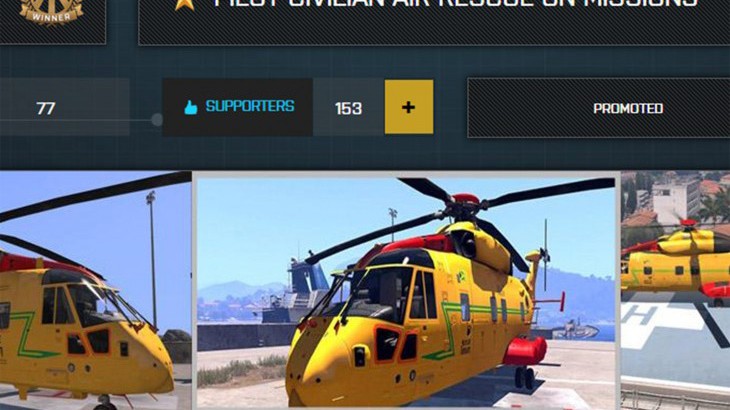 Killing prisoners or wounded people, and attacking medical personnel, facilities and vehicles, are becoming increasingly frequent in video games. This is a problem, because war games can influence users' ideas about what weapon-bearers are permitted to do during conflict. But it can also be an opportunity for developing video games that entertain while spreading knowledge of international humanitarian law.

In April 2014, the ICRC and Bohemia Interactive, a socially conscious video game producer, established a special HCiD award within the Arma 3 contest. Game developers were asked to create a special game module that would promote respect for health-care personnel and facilities.

The winner of the HCiD special award, which was announced on March 26, was RobJ2210, who developed a civilian air rescue operation in which players are required to evacuate the wounded to hospital. As part of the special HCiD award, Robj2210 will be able to make a one-week visit to an ICRC delegation to learn more about real life-saving activities.

HCiD on the web

Did you know that every month we interview a member of the HCiD Community of Concern who has contributed in some way to protecting access to and delivery of health care? Recent interviewees included Dr Zaher Sahloul, the president of the Syrian American Medical Society, who described the impact of the conflict on Syria's health-care system, and Leslie Leach, Safer Access Adviser at the ICRC, who explained how the Safer Access Framework could ensure the safety of National Society staff and volunteers.

If you would like to contribute information or make suggestions in connection with HCiD, and /or share your experiences in protecting the provision of health care, don't hesitate to contact Chiara Zanette at czanette@icrc.org. See you online! And don't forget to follow us on Twitter at @HCIDproject.

16 June 2015: HCiD roundtable, Iran
The Red Crescent Society of the Islamic Republic of Iran and the ICRC will host an HCiD roundtable in Tehran. Representatives from Iranian medical schools, and officials from the ministries of health and defence will be among the participants.

30 June 2015: Launch of a Common Core on Ethics, Switzerland
Major international health-care organizations have agreed on a common code of ethics applicable in times of armed conflict and other emergencies. A panel discussion will take place at the ICRC Humanitarium, in Geneva, to mark the official launch of this code. For more information, visit: https://www.icrc.org/en/event/ethical-principles-health-care-times-armed-conflict-and-other-emergencies