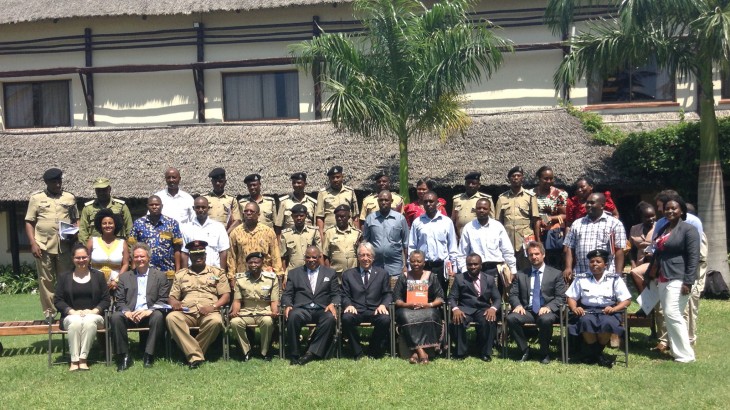 Tanzania, 25 April 2017: On the occasion of the African Pre-Trial Detention, the International Committee of the Red Cross (ICRC), the African Commission for Human and People's Rights (ACHPR), the African Policing Civilian Oversight Forum (APCOF) and the Tanzanian Police Force will launch the dual English-Swahili version of the Guidelines on the Conditions of Arrest, Police Custody and Pre-Trial Detention in Africa, commonly referred to as the "Luanda Guidelines".

The overall objective of the event is to promote the Guidelines at national level, with authorities and stakeholders that will be responsible for its implementation, thereby ensuring ownership of the instrument with a view to its adoption into national legislation. The launch will be followed by a training conducted by the ICRC and APCOF, for senior-level officials from the Tanzanian Police Force, and other detention authorities on implementation of the Guidelines, as well as an introduction to the supporting Toolkit and training package.

In line with its mandate under Article 45(1)(b) of the African Charter on Human and Peoples' Rights (the African Charter), to formulate standards, principles and rules on which African governments can base their legislation, ACHPR developed and adopted the Luanda Guidelines, in May 2014.

Within the framework of its cooperation with the ACHPR, the ICRC contributed its field-based experience in detention and training of police and security forces towards the elaboration of the Luanda Guidelines; and has committed to supporting the work of the Commission in popularizing the document.

On this occasion, we urge all Member States of the AU to promote the Luanda Guidelines which represent a significant milestone in developing standards of pre-trial detention in Africa. We believe that arrest and detention are significant powers available to state authorities and the application of these powers must be done in accordance with the law and the fundamental principles of Necessity, Proportionality and Accountability.