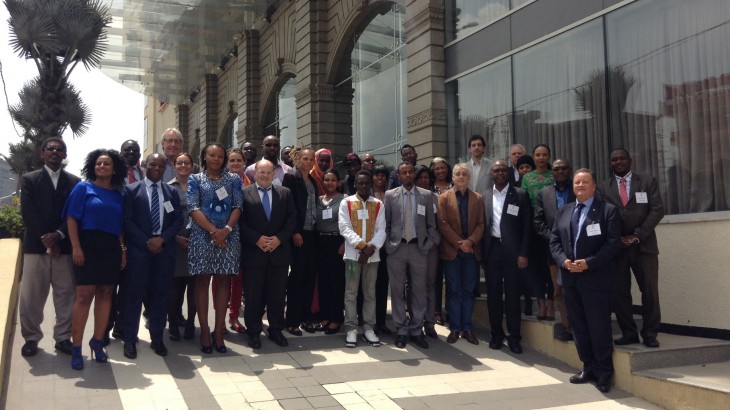 The ICRC delegation to the African Union (AU) convened the ICRC focal persons in charge of multilateral affairs in Africa for their 11th bi-annual meeting. CC BY-NC-ND / ICRC

The International Committee of the Red Cross (ICRC) delegation to the African Union (AU), convened the ICRC focal persons in charge of multilateral affairs in Africa for their 11th bi-annual meeting, from 1 to 2 June 2017, in Addis Ababa.

In line with the ICRC focal persons' strong interest in creating better synergies between the ICRC, in particular the delegation's covering multilateral affairs, and the Regional Economic Communities and Regional Mechanisms (REC/RMs), in particular their respective headquarter offices and liaison offices to the AU, the latter were invited to the first day of the meeting.

As a matter of fact, REC/RMs, were part of the various panels, together with the AU Departments for Peace and Security, Political Affairs and Social Affairs as well as the Embassy of Egypt. The panels, as per priorities expressed by the focal points, led discussions on migration, arms proliferation and respect for IHL in countering violent extremism.

On migration, the AU stated that migration is not a crisis but if well managed, a development opportunity and stressed the need to pay attention to vulnerable parts of population. ECOWAS, in turn, presented the sub-regional perspective. The ICRC presented the issue of the protection issues that arise from migration and the institutions activities to tackle consequences of irregular migration. The link between migration and countering violent extremism was also discussed.

The session on arms proliferation, had ECOWAS sharing best practices on how member states were brought to ratify the SALT instrument and shared challenges in other regions.

In conclusion the meeting proved to be a good opportunity to strengthen the relationship and the information exchange between the ICRC and the REC/RMs.